Most Haunted Houses in America

Despite being a relatively young nation, the United States has a rich history. Sometimes that history leaves a supernatural imprint on the land which it takes place, leaving spirits of the past remaining behind. Throughout our nation are many houses where ghosts from the past still wander the halls, or even interact with the living. In honor of that here are the most famous haunted houses in America.

Magnolia Mansion (New Orleans, LA.): A beloved bed and breakfast dubbed “The Gateway to the Historic Garden District” by all means sounds to be a pleasant and peaceful get away spot. Constructed in 1857 by Alexander Harris who spared no expense in building this home for himself and his new teenage bride Elizabeth Johnson Thompson. A decade later Harris died during a Yellow Fever outbreak leaving his fortune to Elizabeth who fought to ensure everything remained with her leaving the rest of Harris’ family in financial ruin. She then sold Magnolia Mansion to John Maginnis, the wealthy and despised owner of a local cotton mill. A decade later, on the 4th of July, Maginnis was hit by a bolt of lightning and killed, leaving many in New Orleans to feel this was divine retribution for how poorly he treated others. After a stint being owned by the Red Cross the mansion was sold a few more times before becoming the bed and breakfast it is today. Many of the guests and staff of Magnolia Mansion have had experiences with the unexplained. Electronics seem to have a life of their in the mansion as they turn off and on when nobody is manipulating them. A chandelier in particular on the second floor is always turned off for the night and is always found turned back on the next morning. Trying to maintain their reputation as a romantic getaway spot, children are not allowed to stay at Magnolia Mansion, but that does not stop guests from hearing the sounds of children playing and running in the hallways once night falls. It seems as though the children are not bound to the constraints of the building, as years ago one guest encountered a little girl on the property outside. When he asked if she was lost, she opened her mouth to release a stream of water before disappearing. The most popular room to stay in is the one with the most supernatural activity, fittingly named the Vampire Lovers’ Lair. Apparitions and shadows are seen frequently by those who stay in this room and around 3 AM, it has been said guests feel a cold breeze blow through while they feel a cold hand caressing their skin.

Winchester Mystery House (San Jose, CA.): When Sarah Winchester’s husband, William Winchester passed away and she inherited the wealth from his firearm empire, she seemingly inherited a curse as well. She believed the spirits of those killed by her husband’s famed guns were coming for her next and something drastic had to be done to stop them. Taking the advice of a medium she commissioned this house to built to be a chaotic labyrinth in order to confuse any spirits who may haunt the place. The superstitious widow also infused the number 13 into the design. Almost all the windows had 13 panes, the greenhouse included 13 cupolas, and many of the rooms have 13 windows or doors. Sarah Winchester passed away in the home at the age of 83, and the Winchester House became a tourist attraction. The strange mansion has well over 100 rooms with conflicting reports on the actual number. Since the house was taken over as a registered historical landmark in California, employees and guests have reported strange things in the home. Disembodied voices are often heard by many as well as doors opening on their own, and strange banging on the walls. Several mediums who have wandered through the house claim that Sarah Winchester still haunts the Winchester Mystery House, but she is far from alone. One of the more popular spirits is of a handyman who is often seen working on the fireplace or on a wheelbarrow in the back. It is believed he was one of Sarah’s employees who still keeping an eye on this strange and magnificent house. 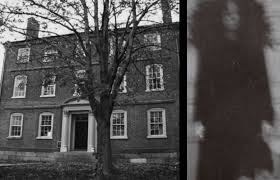 The Josh Ward House (Salem, MA): Salem, Massachusetts has become synonymous with the strange and tragic Salem Witch Trials.  During the Trials the early settlers to New England were engulfed in paranoia and many innocent people were tortured and killed as they tried to drive the devil away from their town. One of the men at the forefront of this bloody chapter in American history was Sheriff George Corwin, known to the people of Salem “the Strangler”. For those wondering he did not get this nickname for his strong passionate hugs, but rather because he had a host of methods to torture people into confessions. In a sort amount of time (1692-1693) Corwin ended the lives of 19 men and women to further the Witch Trials. After his death, Corwin was entombed in the basement of his home. Though his body is no longer there, his spirit seems to not want to leave. Visitors to the house have claimed they felt a pair of invisible hands around their neck, believed to be Corwin still living up to his moniker. People have also experienced scratches and bruises of unknown origin while at the Josh Ward House. The strangest phenomena from the house is that candles which are never lit, are often found to be warm with a pool of wax beneath them.  Another spirit roaming these halls is that of Giles Corey, an innocent man during the Witch Trials, whom the Strangler infamously executed by piling heavy stones onto the man. It is perhaps the third ghost in this house who is the most famous, a local realtor was going about his business taking pictures around the house when he snapped a shot of a doorway. When he looked at the image he captured he saw the figure of a woman with wild black hair standing before him. Needless to say he left the house and never returned.

Franklin Castle (Cleveland, OH.): The Franklin Castle has for a long while comfortably claimed to be the most haunted house in the Midwest. Given the supernatural events which have occurred here, I do not think it has a lot of competition. Over the years the reputation of the house has been built up so much, that sometimes it is hard to tell fact for fiction. Built by German immigrant, Hannes Tiedemann when he finally realized the American dream and became a successful businessman in the late 1800’s. Upon moving into Franklin Castle, members of the Tiedemann family began dying at an alarming rate over the following years. Rumor has it that during this period, Hannes himself was constantly building secret passages and tunnels throughout the property. During the First World War, a German spy ring took up residence at Franklin Castle and used it as a base of operations. The house was now owned by the Mullhauser family but it largely sat either unoccupied or having certain rooms leased out. It was during the decades following the war Franklin Castle began to develop its reputation. One family purchased the house and tried to turn it into a restaurant but it was not long before their children began to see a “crying girl” upstairs. During their time at the house, the family reported hearings voices and organ music, and would see fleeting apparitions. In the 1970’s they sold it to Sam Muscatello who sought to profit off of the house’s haunted reputation. Muscatello not only gave guided tours but also allowed the media access in Franklin Castle, this began the collection of evidence that something supernatural was happening within the walls of the house. It was not long before the spirits in the house became too much for him, and once human remains were discovered in a hidden room he sold the house to another. In the years which followed, Franklin Castle has seen a number of owners most of whom are too scared to hold onto it for too long. There is debate as to who the ghosts who haunt the castle are. The obvious choice is the members of the Tiedemann family, nut there is also rumors that Hannes, used the secret rooms he constructed to carry out acts of murder. The people of Cleveland also talk about a violent murder which was carried out by the Germans who once resided there. 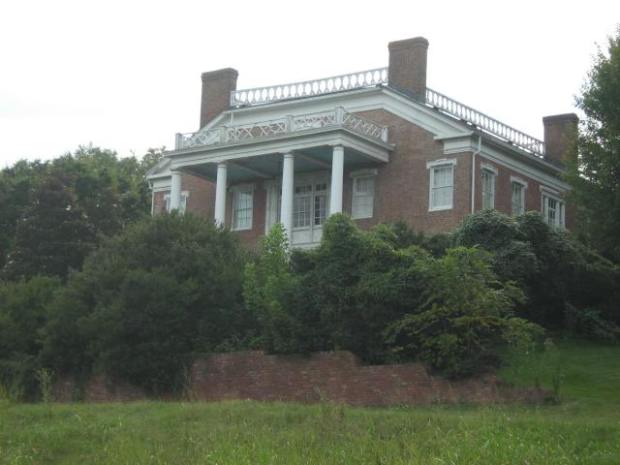 Rotherwood Mansion (Kingsport, TN.): Sitting on top of a hill by trees on the banks of the Holston River in the small town of Kingsport, Tennessee is one of the most haunted homes in the American South. In the late 1700’s Frederick Ross built a plantation on land in what is now East Tennessee and proceeded to raise his family there, including his cherished daughter, Rowena. Despite being born into wealth Rowena suffered great hardships during her life stemming from the drowning of her fiancé outside the mansion hours before their wedding. For years after this Rowena claimed to see and hear her first love calling to her from the Holston River. One night she put on her wedding dress and walked into the river following his ghostly calls and ended her own life. In the following years, Frederick Ross was forced to sell the mansion to his overseer Joshua Phipps, who by all accounts was an evil sociopath. Phipps tirelessly tortured the slaves he claimed ownership of, and was said to get joy from the sounds of their screams. In an act of pure evil he transformed the third floor of the home into a torture chamber for the poor people who worked for him. His evil was so legendary that his funeral turned into a celebration for the people of Kingsport; but according to local lore on the day of the service the Holston River began to boil and his casket burst open to reveal a large demonic dog. It is said that this hellhound can still be seen prowling the grounds around the mansion. To this day it is said you can still hear the screams of the tormented slaves as well as hear the awful laugh of Joshua Phipps in the house. There have been reports by the Holston River that people still see the ghostly apparitions of Rowena and her fiancé finally reunited in the hereafter.