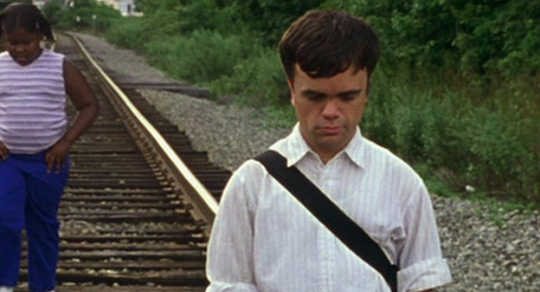 Almost ten years before “Game of Thrones,” Dinklage got his breakout role as a hermit train aficionado. He is often cold, distant, and obnoxiously quiet in his attempt at self-inflicted loneliness, but Dinklage also delivers a heavy dose of tenderness that saves him from being completely unlikable. 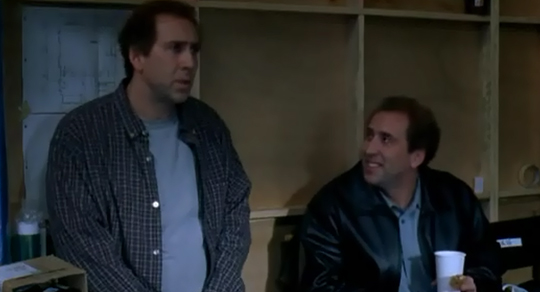 We can make fun of Nic Cage all we want, that won’t change the fact that you can actually find quality work from the guy. One of his better roles is this weird creative writing exercise where he plays real life writer, Charlie Kaufman, in the least complimentary depiction of himself, as well as Charlie’s fictitious twin brother, Donald, who is his exact opposite. 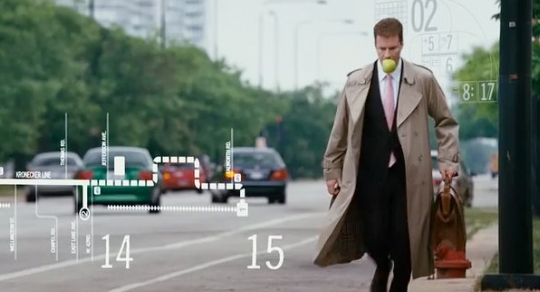 58. Will Ferrell – Stranger than Fiction

I’m not the biggest fan of Ferrell’s comedy schtick. I only like a few of his comedies, however, he is often used to great effect in dramedies. Here, he restrains much of his comedic instinct for a heart-warming take on mundanity and how simple, small changes can have profound effect on your life.

In one of his sadder roles, Sean Penn plays a neighborhood tough guy mourning the brutal slaying of his daughter. Screencaps don’t do him justice, because he will appear to be overacting in each of them, but he actually does make the best of each moment of total emotional annihilation. 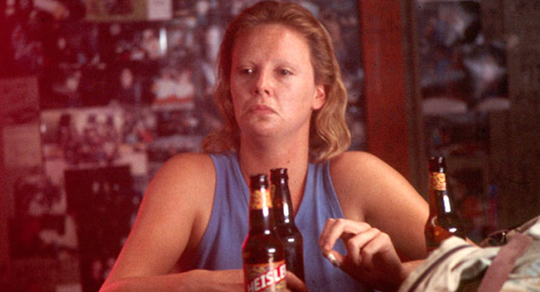 As real life murderer, Aileen Wuornos, Charlize Theron will often be dismissed for “uglying” up to win her Oscar, but if all you can see in this performance is the makeup than you are not paying close enough attention. I’d argue you paid no attention. You missed the insightfully damaged psyche that ushered Aileen into unforgivable ferocity. 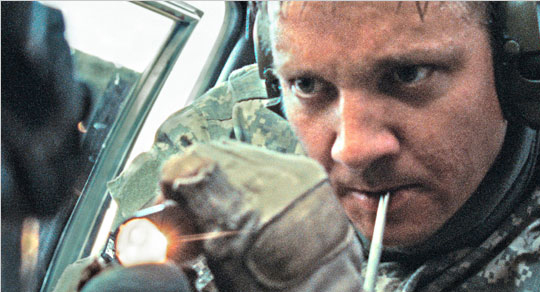 Some may look to has portrayal of Dahmer has his breakout role, but it wasn’t until he played hotshot army bomb tech that things really starting going for him. He was a minor subversion of the hotshot 80s action hero, except his recklessness actually has consequences. 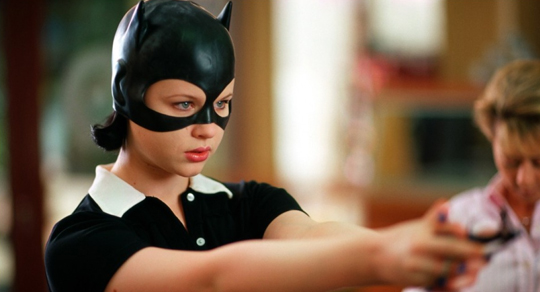 Teen angst drips off Terry Zwigoff’s direction and Daniel Clowes’ words all funneled through Birch’s disaffected and disillusioned pre-millenial. She’s the patron saint of early cynicism that sets in when you cross an arbitrary line and suddenly have to be an adult whether you want to be or not. 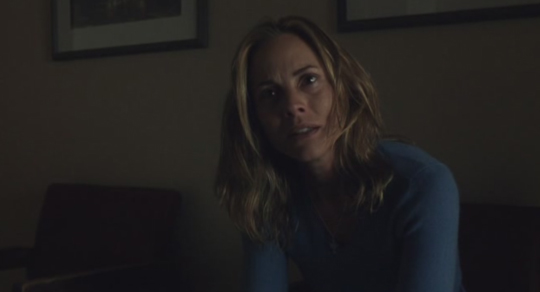 53. Maria Bello – A History of Violence

Maria Bello is one of my favorite actresses, and she almost steals this entire movie. While Viggo Mortensen is firmly in the lead position, it is never really his life that crumbles around him. In fact, its his secrets that tear down hers. She strips an archetype to its foundation and reveals how vulnerable an easy-going life can be. 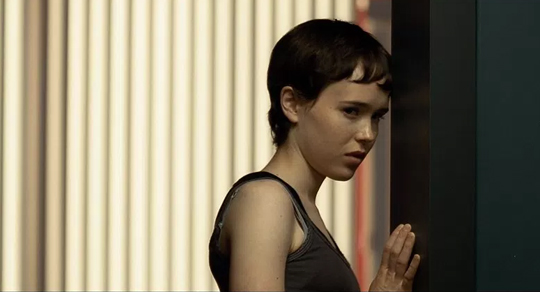 Portraying a sense of maturity is one of the most difficult parts of acting, which makes every younger actor’s ability to do so impressive. Page was 19 when this pedophile revenge thriller was released, not exactly a kid, but still possible to lack the maturity for such a thoughtful and cynically cold-hearted role. Page’s veins are so icy that she almost makes us side with her deserving prey. 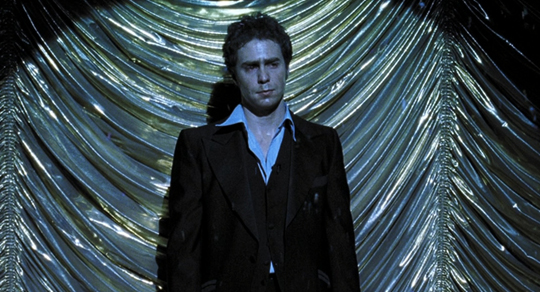 George Clooney directs Rockwell as TV producer, Chuck Barris, adapting Barris’ memoir where he claimed to be an assassin for the CIA. Rockwell does a pretty great impression, right down to the dancing. His enthusiastic 60s-colored creative process could have been interesting enough, but all the blindspots to his public persona are filled up with the kind of paranoia and depression a guy like James Bond should actually be feeling. 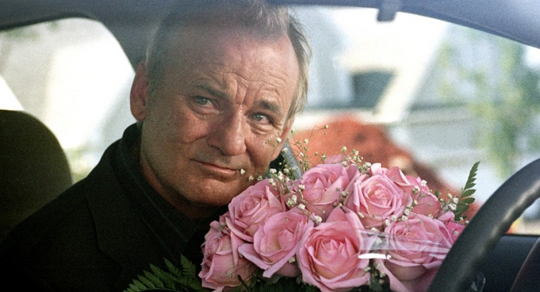 As an aging Don Juan, Murray finds out he has a child, who wrote an anonymous letter to him. His search forces him to reconnect with a number of his old girlfriends to varying success. It might sound like great opportunity for humor, but it is quite the opposite. Murray delivers a very specific kind of sadness, a regretful loneliness that comes off more poignant than depressing. 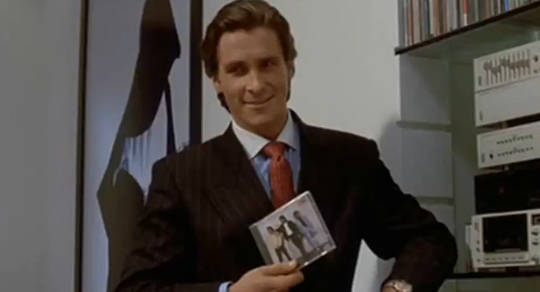 Christian Bale portrays Reganite yuppiness as a shield to deep-seated psychopathy. He amps up the fakeness of the 80s to a near parody degree, like a robot or an alien pretending to be human. His real self emerges when he is doing the killing, expressed through raw animal rage. 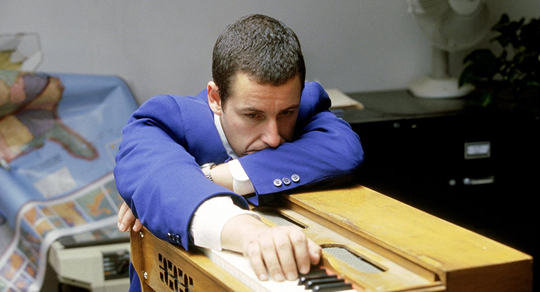 Sandler has captained the ship of his career like few others, usually involved in writing and producing that has made him a bit one note. It hides a much more sensitive (albeit limited) performer. This version we first got to see in Paul Thomas Anderson’s Punch-Drunk Love, a take on the whimsical romantic comedy, that plays to Sandler’s strength, the break neck speed he flips from soft-spoken neurosis to over the top anger. 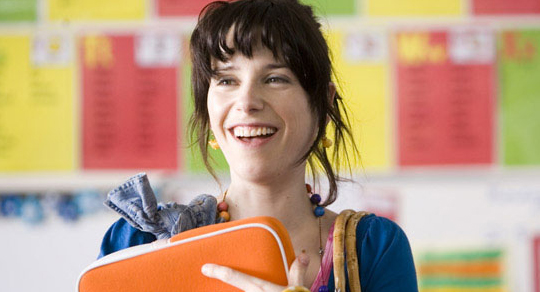 Hawkins turns a lot of heads here as a bubbly, eternally cheery grade school teacher. And not always in a good way. She is a personality the requires warming up to. Not without her charm, but her endless positivity will test the most patient among us. 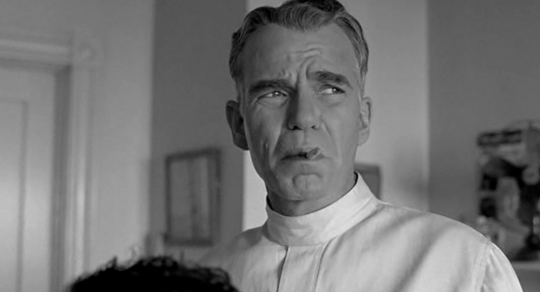 46. Billy Bob Thorton – The Man Who Wasn’t There

Billy Bob’s lead role in this under-appreciated Coen brothers yarn might not look like much at first. He plays a man shut off from the world. He is like a robot, studying humanity with his blank look, narrating in a monotonous tone with noir intentions. He’s a barroom philosopher, except with no barroom and putting his thoughts to use instead of simply waxing poetically. 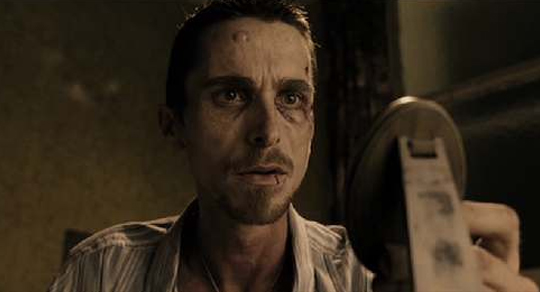 This movie is probably better known for Bale’s physical transformation into skin and bones (even those who haven’t seen it have googled the images), but do not let the overshadow a very confused and paranoid performance from Bale. He is the living embodiment of breathing heavily into a paper bag. 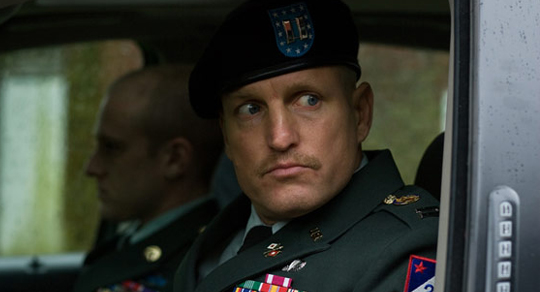 Harrelson is pretty commanding here as a long serving and suffering military man given the unfortunate duty of informing the next of kin of their military family member’s untimely passing. He starts out hard-nosed and rule-oriented like so many military stereotypes but eventually resorts to his Southern-fried charisma to mask his deep seeded sadness. 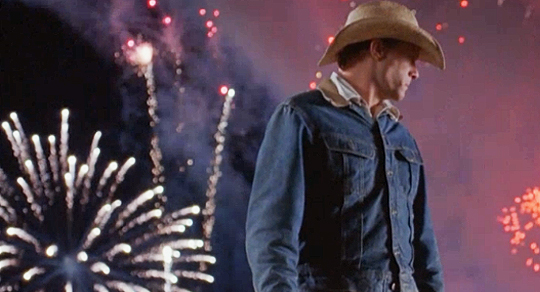 This movie makes or breaks based on Heath Ledger’s performance as a closeted cowboy. I think it may have been one of the earlier roles for Ledger, where I thought he would be more than a teen heartthrob. He constantly struggles with traditional masculinity but quietly and sensitively. 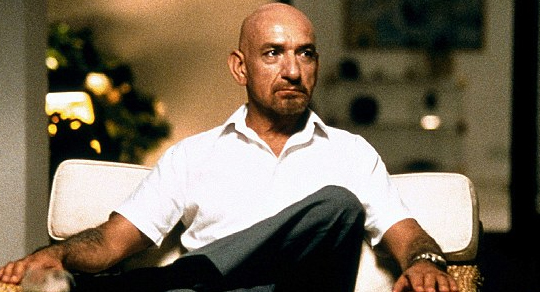 Kinglsey gives one of those jackpot character actor performances, where he takes a list of eccentricities and turns it into a character with his own history written on his forehead. Made of mostly bluster (but no bluff), he takes the English language and makes it his bitch. 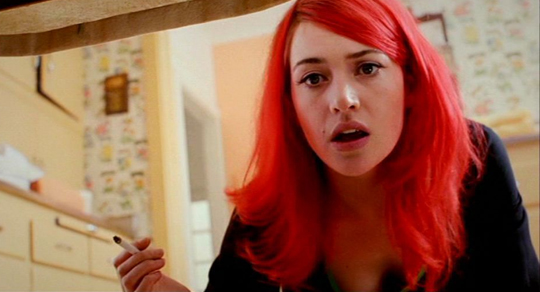 Winslet takes the manic pixie dream girl, bashes it over the head with a shovel, and buries it in the backyard. She still lives up to the rebelliously charming pixie archetype, but she also faces the inevitable ending of a good time. That some days we don’t live up to our cheery reputation.