Recently I wrote about the best comics of 2017, but let us face it 2017 is in the past it is time to look forward to 2018. Publishers throughout comicdom are amping up to make 2018 an even bigger year. We do not know everything on the horizon, but as of right now here are what us comic fans can look forward to in 2018.

The New Age of DC Heroes: Ever since Rebirth, DC Comics has been on a roll. They have reminded everyone why their heroes and villains are so beloved and they have also added new elements to their publishing lines with Young Animals and the reboot of the Hanna-Barbara characters. In 2018 they make their next big move, spinning out of Dark Nights: Metal we will see a whole new line of new characters and old characters given new spins. This will all be helmed by an all-star line-up of creators like; Jim Lee, Tony S. Daniels, Ryan Sook, Ivan Reis, John Romita Jr., Jeff Lemire, and so many more. From what we have seen there is a great deal of diversity in these upcoming books as well; the Terrifics looks to be a crazy sci-fi adventure, while the Silencer promises to be a fast paced assassin story with a cool hook. The New Age of DC Heroes will be one of the driving forces in the industry in 2018.

The conclusion of Mister Miracle: The book many argue is the best of 2017 continues to march towards its final issue. Over the past 5 issues we have seen Tom King and Mitch Gerads mentally and emotionally break down Scott Free while he tried to maintain his public image. Everyone knows this book is headed towards a world chattering conclusion and we can not wait to see what it is.

X-Men: Red: One of the biggest events of last year was the restructuring of the X-Men franchise by Marvel. Leading this was the flagship titles X-Men: Gold and X-Men: Blue. Now beloved X-Men character Jean Grey is returning from the dead (again) and this will no doubt be a huge shake-up. This founding member of the team will be receiving her own team of X-Men to command in X-Men: Red. Joining her on the team will be; Namor, Gentle, Nightcrawler, Wolverine, Gabby, and new character Trinary. With a top tier creative team of Tom Taylor, Mahmud Asrar, with covers from Travis Charest, this could become the best X-book in comic shops.

Bendis moves to DC: In 2017, the news hit that many thought was a prank at first. Brian Michael Bendis has spent close to two decades as one of the biggest creative forces at Marvel, and come this year he is making the jump to the Distinguished Competition. Many have pointed his most recent output is not as good as his past works but the move could give him the creative jolt needed. As of right now he is announced to be taking over DC’s biggest cornerstone books Superman along with superstar artists Ivan Reis and Joe Prado, but there is sure to be more on the way. 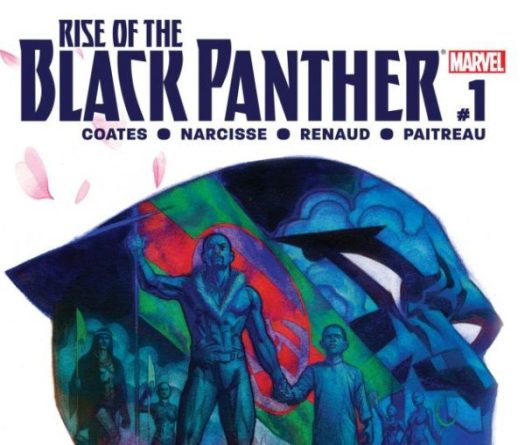 Rise of the Black Panther: Everyone loves a good origin story, especially one written by a legitimate genius. Award winning author, journalist, and academic Ta-Nehisi Coates has turned the King of Wakanda into one of the most buzzed about books on the stands. Now he is setting his sites on the origins of the Black Panther in Rise of the Black Panther along with co-writer Evan Narcisse. As with his other works with the character, this series will look at the world he inhabits, this time he looks towards Wakanda’s past, and begins to explain the cosmic influence on the nation as hinted at in the Marvel Legacy one shot.

Abbott: One of my favorite new comics of 2017 (my bad for leaving it off the list) is Black Bolt. In his comics debut, writer Saladin Ahmed took an aloof and silent monarch who everyone saw more as a supporting character and turned him into a bonafide leading hero in his own series. In 2018 Ahmed continues to show his talent in the medium with a new book for Boom! Studios entitled Abbott. Along with artist Sami Kivela, this book will tell the story of an African American journalist in 1970’s Detroit named Elena Abbott. While looking into a brutal crime, she discovers it may have ties to the evil mystical force which took her husband years before. With great levels of creative control, this book looks to be one of the most critically acclaimed books of the year.