Directed by: Paco Plaza (known for the REC film series)

Plot: Some teen girls decide to mess around with a Ouija board and a spirit attaches itself to one of them, Veronica, who must fight to protect her family against it. 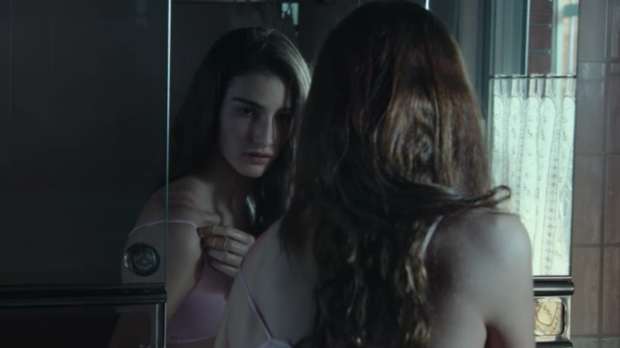 Is it a good film?

Yes. This is a great film. The plot is semi-typical but that’s what makes it so realistic. We all were warned not to mess with the Ouija because this is the kind of freaky stuff that happens if you do. The film is beautifully shot and scares you in the right ways. We always see just enough horror to freak us out without going over the top. The apartment layout was a genius way to bring extra tension to the film as well. The acting was most impressive, however; especially Escancena as the titular Veronica. I have never seen an ensemble of so many young children and talented teens that was so well done in a horror film. I will pretty much watch anything Sandra Escacena decides to star in from now on. Ana Torrent, while underused, was also great, but Escacena carried this film perfectly.

Verónica is a great horror film as well, and I make this distinction on purpose. In most horror films, I find there to be an invisible line of believability that becomes crossed, usually somewhere in the 3rd Act, leaving the audiences less afraid and then unattached from the story. Whether it’s the moment you actually see the monster or a cliche deus ex machina, this is a typical point of a horror plot. Verónica did not have this moment. I was suspended with the plot, scared and intrigued, for the entire 105 minutes. This is how you tell a horror story without overdoing it. Bravo Mr. Plaza.

Is it a scary film?

Verónica is being hailed as Netflix’s scariest film and that might be true, if only because horror is so subjective and many people are scared witless by a well-executed demonic film. I consider myself to be a die-hard horror fan and as such, there are very few films that actually scare me. Most don’t leave any lasting effects anymore. That being said, I wasn’t afraid to turn off the light at night but Verónica certainly had me hiding behind my hands during the film much more than most recent horror films I’ve seen. The subtlty in decision-making brings just the right type of scares for this kind of film and it seems perfectly balanced between seeing and believing.