John Constantine has had to fight to stay on our screens. In spite of critical praise, his show was cut after a few episodes. After jumping across to the Arrowverse the demon hunter has found a permanent home with the Legends of Tomorrow. Part of the reason this makes us happy is Matt Ryan’s perfect portrayal of the cult comic icon. So when we had the chance to bug him with questions we jumped straight at it.

Enjoy the audio or text transcript below! 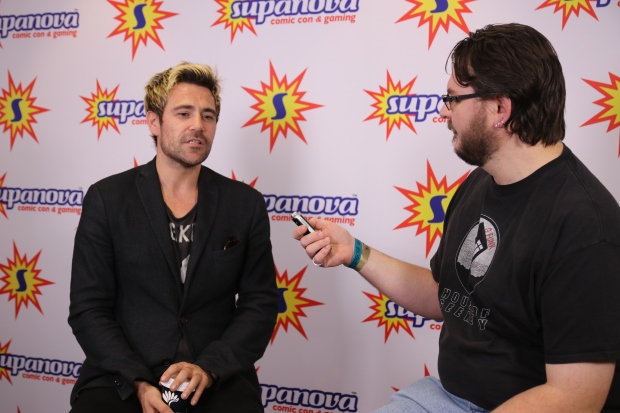 G-Funk: This is the House of Geekery, we’re at Perth Supanova and we’re sitting with Matt Ryan. How are you today, Matt?

Matt Ryan: I’m great, man, I’m having a fantastic time. We had a great time in Sydney and I love Australia. So far it’s been great.

GF: This is a very nerd/geek convention, so everyone out there will know you for one particular character and that’s John Constantine. That’s a character who it feels like they’ve really fought to keep on television. What’s going on with him? 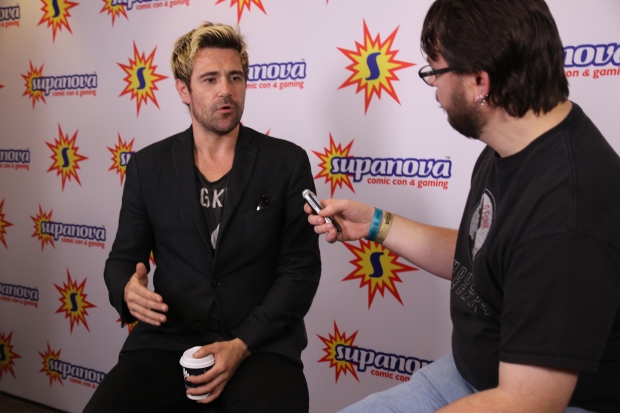 GF: What’s it like going from playing the central role in a TV show to joining an established crew?

MR: Yeah, it’s an interesting thing, you know? I’ve not done many jobs where I’ve been a day playing, so to speak, where you come in and do guest roles. It is a different, interesting show when you come on there with people who have been doing it for three seasons. But I’ve got to say, one of the reasons I was interested in doing Constantine on Legends of Tomorrow is because all those guys were great to work with, they really made me feel at home and the character as well, I really wanted to explore the character more and he really fits in with those group of misfits. It’s worked out perfectly in that sense.

GF: Legends is a science-fiction based show and Constantine brings magic to the table. How does that slot in?

MR: I don’t know! We’ll find out when season 4 airs, I’m waiting to find out myself. All I know is that my first episode I did on Legends, season 3 episode 10, I was really surprised at the writing and the way they wrote John and the way they brought in the mystical element and it felt like a Legends episode/episode of Constantine and that inspired me to want to be on the show. We’ll see how all the magic stuff pans out and what we’ve got planned with all the storylines and all that stuff when we get to work.

GF: The CW is a bit more family friendly, does he have to stop smoking for the show?

MR: I don’t know. As John I’ve always smoked, and then it’s up to the editors if they cut around it or what have you. Smoking is always in the DNA of the character so that’s something I’ll always try to work in, I think, but in the episode I did I smoked on that. Not as much, but there was a scene at the end that I played with Brendan (Routh) where I was smoking. It’s in the DNA of the character so we’ll see where that pans out.

GF: I was first familiar with you as an actor from the Assassin’s Creed games. Kenway was your character, the pirate assassin. Nolan North is here as well, have you been sneaking up on each other for the assassin kill?

MR: (Laughs) It’s funny, I only just found out he was Desmond Miles and he only just found out that I was Edward Kenway. We were both, “whoa, that’s weird! We were both in Assassin’s Creed!” And then we hung out and had a beer. That’s what’s cool about these conventions as well, and this one in particular. You can hang out with and meet such wonderful and interesting fans but also the other actors and artists at the conventions as well and get to know them and find out that you have ties through other people or through video games and stuff like that. It’s always a nice surprise.

GF: Speaking of interesting fans, do any of them get too ‘interesting’?

MR: No, not yet, but the day is still young and we’ve got tomorrow to go so I’m not going to say anything yet.

MR: I’ve got to say everyone, all the people here, they’ve been fantastic and been really welcoming and I think the people in Australia are great and the conventions are so well run and the staff have been really professional. Everyone has a lot of fun, it’s been a great experience so far.

MR: Yes, and that’s also in the comic book that he says it’s ‘Constan-tine’ as well.

MR: That was a decision made by the creators of the shows when they were first making the show so that was out of my hands. A lot of people say ‘Constan-teen’, so I call it ‘Constan-teen’.

GF: Sounds like it’s an informed decision. Now my final question is always the same: do you have any work out there you’d like people to be more aware of?”

GF: Not ‘workout’, but work out there in the open, other acting work…

GF: Is there something you’d wish was better known?

MR: I don’t know, really…Constantine: City of Demons, I don’t know if that’s out in Australia yet. The animation, that’s something fans of Legends of Tomorrow, Constantine, all the Hellblazer comics should check out. The script for that was fantastic and one of the closest depictions of the character to the comic books that I’ve played as John, and it’s based on a graphic novel called ‘All His Engines’. So look out for that if you can.

GF: We will. It feels like you’ve got a real ownership of the character, we’re looking forward to seeing what you do with him.

GF: Cool, man, thanks for coming down. It was nice to meet you.

One thought on “Exclusive Interview with Matt Ryan!”