This will be our final review of Predator movies because, well, this is the last one. Until next Wednesday when we’ll be seeing The Predator and hopefully reporting back happy things. Until then, let’s wrap this up…

Plot: A mismatched group of soldiers and killers wake up in free fall over an unfamiliar jungle. They soon come to understand that they’re no longer on Earth and they are certainly not alone. 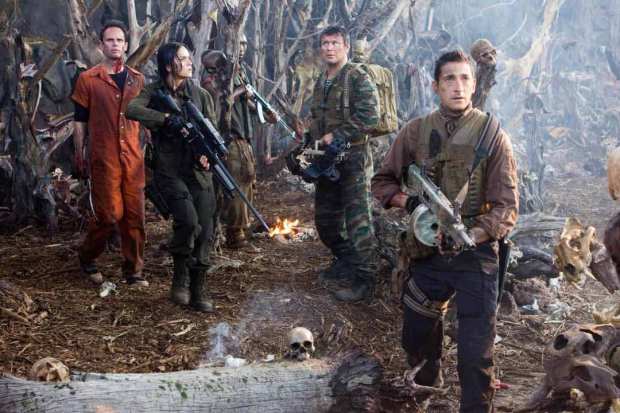 Review: This long overdue follow up to Predator 2 divided critics and audiences earning onto mediocre reviews and not generating enough box office to warrant another sequel.

I fucking love it.

As I said in the Predator portion of this marathon, much of what made it work was the diverse and fun ensemble of characters we were following. Predators delivers this in spades and whilst they’re not the most talented thespians in Hollwood (although…two Best Actor Oscar winners…) they’re all charismatic and very watchable.

The movie opens without any modicum of restraint as Adrien Brody, as Royce, is falling through the sky. His fall is broken by a parachute and he finds himself on the ground with similarly confused and heavily armed individuals. Royce is a US mercenary, Isabelle is an Israeli sniper, Stans is a mass murderer and rapist on death row, Nikolai is from the Spetsnaz and packing a minigun, Hanzo is a Yakuza enforcer, Mombasa is a death squad soldier from Sierra Leone, Cuchillo is a Mexican cartel enforcer and Edwin is a doctor who is later revealed to be a serial killer. 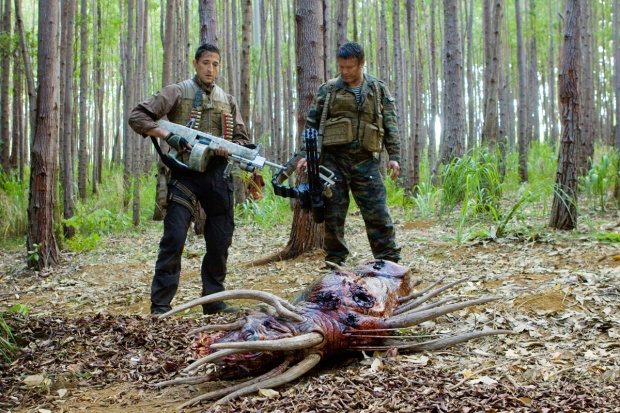 Together they explore the jungle before accepting that they are in a much more dire situation than they initially thought. They’ve been brought here as game to be hunted by the savage and technologically advanced alien race of Predators. There’s four Predators in total, more than we typically get, packing all the classic weaponry as well as new gadgets and hunting dogs.

From here it’s a series of set pieces. We get the discovery of the Predator camp, booby traps, a demented survivor, Hanzo going full samurai duel with a Predator, Stans shivving another and eventually Royce going one on one with the most brutal of the hunters. The casting of Brody certainly raised a few eyebrows when the film was announced, as he is no Arnie. He’s barely a Glover in the action stakes. Fortunately they made the right decision not to try and match Arnie in the Arnie stakes and instead went in a different direction. Royce is fast, smart and at times much colder than Dutch ever was, and the final smack down gives us a different type of conflict. 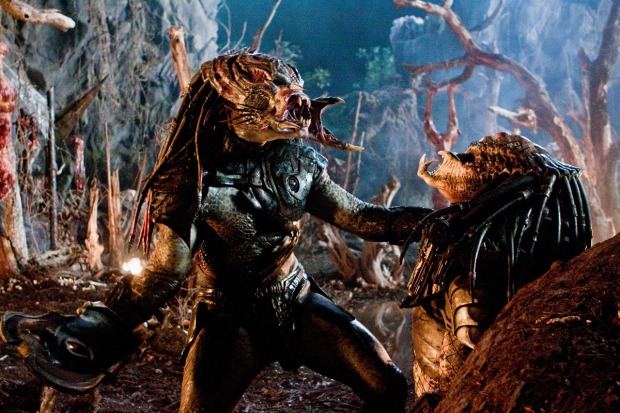 Predators lacks the suspense and slowly building dread of the original, but on the other hand we know what is out there already. It’s not as smartly written as the classic, but it’s a bundle of fun and very rewatchable.

Coolest Moment: Katana battle against Predator. The fight we didn’t know we wanted. 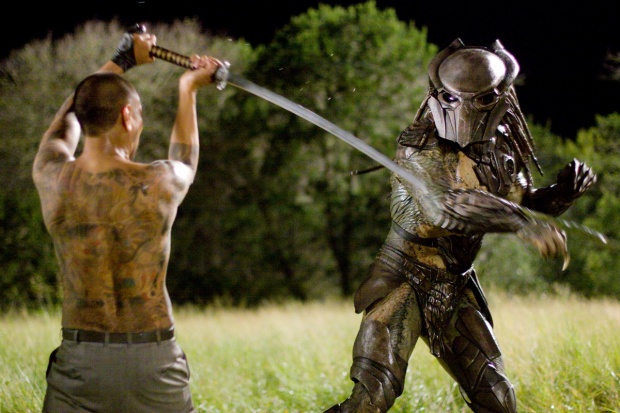 Ranking the Predators: Although it’s not as well structured as the original, it’s a damn good chunk of crazy action.