For centuries there have been legends and sightings of creatures hidden away from humankind. An entire field of research known as cryptozoology has sprung up to discover the truth behind these mysterious beasts. These crpytids inspire wonder and curiosity…..and in this case they also inspire festivities. Regions where these animals are known to have been sighted are often quite proud that the creatures of folklore and legend call their place home and terrorize their citizens. Some communities even go so far as to old festivals and celebrations to honors their local cryptids. If you want to go party like a cryptozoologist here are the best cryptid celebrations in the country. 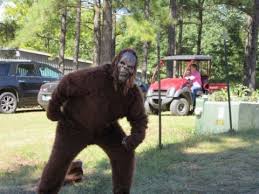 Honobia Bigfoot Festival (Honobia, OK): Bigfoot is undoubtedly the most popular cryptozoological beast hiding from the human population. As such he has a number of festivals in his honor, but the most fun one is arguably the Honobia Bigfoot Festival. For decades rural Oklahoma has been a hotbed of Sasquatch sightings, and every October this town celebrates this large footed legend. On the wooded property of Kiamichi Mountains Christian Mission, guests can see a number of lectures and panels, as well as take classes on how to track Bigfoot on their own. Local bakers prepare their best Bigfoot Pie Contest as well as an auction. Most importantly is the fact, that the Honobia Bigfoot Festival has time and again been a successful fundraiser by the area Freemason chapter to provide scholarships to local high school students with the help of their famous ballad to Bigfoot. 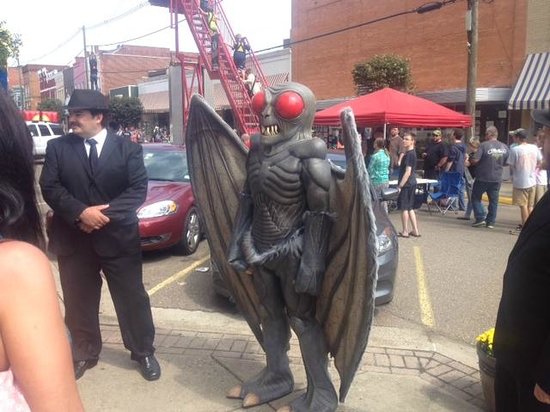 Mothman Festival (Point Pleasant, WV): In the mid 1960’s the town of Point Pleasant, West Virginia found itself terrorized by a mysterious creature. Described as a biped having red glowing eyes and huge black wings to fly with, the Mothman was seen by many witnesses and was allegedly responsible for the tragic collapse of the Silver Bridge. The legend of the Mothman grew, as mysterious men in black suits began to question witnesses and intimidating them into keep quiet. It was a scary and unnerving time for this community, but now it is cause for celebration every third weekend in September. Sponsored by the local Mothman Museum, the festival gives locals and visitors alike a fun weekend devoted to the cryptid who terrorized their town so many years ago. There are panel discussions and autograph signings with paranormal TV stars and the amphitheater sets the stage for some of the best local bands. They also make the TNT Bus Tour available so revelers can be taken to see key locations firsthand while learning from local tour guides and eye witnesses.

Beast Fest (Bladenboro, NC): Beginning in 1953 reports of a beast in the small town of Bladenboro began to crop up. It was described by witnesses as being close to five feet long and resembling a panther with bushy fur and a disturbing growl which sounded like that of a child in distress. This creature was ripping local animals to shreds launching a massive hunt for what was dubbed the Beast of Bladenboro. A large bobcat which was killed was proclaimed to be the Beast, despite the fact it did not match any eyewitness testimony. For twelve years now, the last weekend in October is a time for this North Carolina town to celebrate the creature who terrorized their community. Admission to this event is free so that anyone who wants to have a good time can come. This festival takes full advantage of the mild temperatures and colorful foliage available during the fall. There are rides and costumes, and with Halloween being so close candy for the little ones. 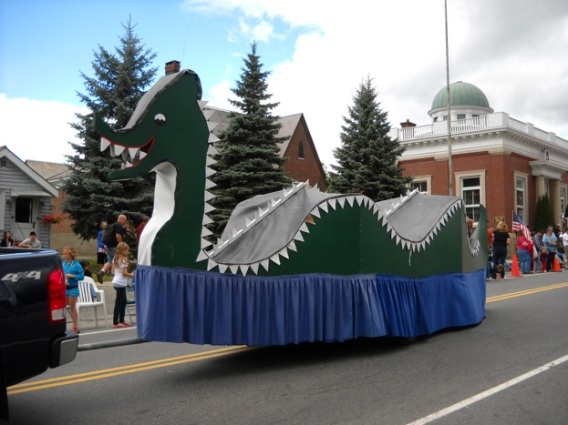 Champ Day (Port Henry, NY): Ever since the region was inhabited only by the American Indians, there have been reports of a prehistoric beast in the waters of Lake Champlain. Every summer, the beaches of Port Henry on the lake honor their beloved sea serpent with an entire day devoted to the creature known as Champ. Gathering people from all over the world, Champ Day features; food, crafts, merch, and more. If your little monster is too small to take it all in, the festival does include a Little Champ’s Daycare. The main event is the boat race. Participants build homemade boats out of cardboard and duct tape to take their chances in the same waters the legendary sea monster call home.