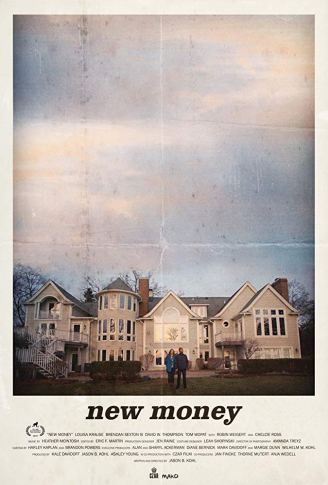 At this year’s Indie Memphis Film Festival the film which won the most votes in a competition for the most popular poster went to a quirky and depressing dramedy from director Jason B. Kohl about a woman who’s life falls apart right before our eyes as nothing goes as it should.

Debbie Tisdale is struggling and failing at a lot in life. She is trying and failing to; kick her drug habit, get back into nursing school, and hold down a job at a pet shop. All she has to look forward to is $50,000 promised to her by her father who is in the early stages of dementia. When Debbie is cut off from her father financially she and her fugitive boyfriend Steve end up kidnapping the elderly ailing man and make their way to an empty summer home to hold up and spend his money. While Debbie gleefully uses her new financial gains to finally bring some happiness to her life, her stepmother Rose has hired a Private Investigator to find the two lovebirds and get her husband back. Given Steve’s volatile nature, it is only a matter of time before this bad situation gets even worse for everyone.

It is a testament to actress Louisa Krause, that no matter how horrible things get and what poor decisions her character makes, the actress exudes such a sweet Midwest charm that audiences can never truly turn on her. At times we are happy for her and other times we pity her, but we can never really dislike her. She is a stable influence as we remain on the ride, writer/director Jason B. Kohl keeps us on. Her character combined with the drug-addicted and unpredictable character of her boyfriend Steve makes for some interesting and unpredictable moments.

Kohl made many bold decisions in the making of this film which truly paid off. Not only did he make a cocaine snorting kidnapper a likable character, on the flipside of that coin he took her stepmother who could have easily been the golddigging “evil stepmother”

character. Instead her character of Rose, is a woman who genuinely loves her husband and is not happy at all at the treatment he receives from Debbie. At the conclusion of New Money, nobody is given a happy ending which is bound to leave the audience a bit hurt but in a good way. This was easily one of the most interesting films to earn a screening at the Indie Memphis Film Festival this year.