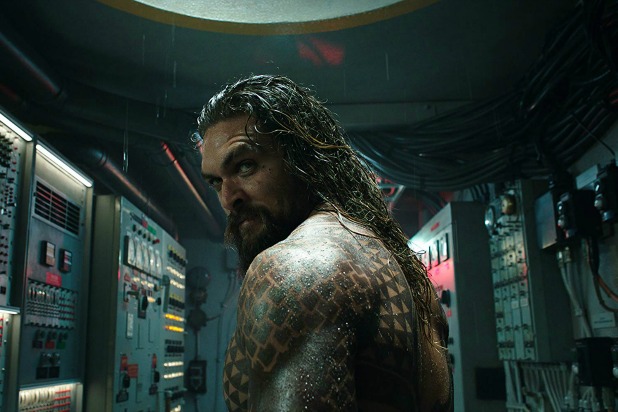 Plot: Arthur Curry (Jason Momoa) is a man torn between two worlds. The son of Atlanna, Queen of Atlantis (Nicole Kidman) and a lighthouse keeper Thomas (Temuera Morrison), Arthur spurns his birthright in favor of helping those in need on both land and sea.  Dubbed the Aquaman by the press, Arthur finds himself thrown into the maelstrom when his half-brother Orm (Patrick Wilson) sets out to unite the seven underwater kingdoms and bring war to the surface world for polluting the seas. In order to stop Orm, Arthur must seek the fabled Trident of Atlan along with companion and warrior Mera (Amber Heard) and claim his place as the rightful ruler of Atlantis. Arthur will confront his past and discover that his people don’t need just a king, they need a hero.

Review: Aquaman is a character that I couldn’t have cared less about. Casual comicbook film fans relegate him to the backlog of the DC gallery. He’s viewed as the odd guy who can talk to fish and is often a subject of ridicule. I was as lukewarm about the prospect of an Aquaman film as a container of McDonald’s french fries that had been sitting on the counter for thirty minutes. However, director James Wan (Saw) managed to do something I didn’t think was possible–he made me care about Aquaman.

A visual spectacle that hearkens back to 80s and 90s adventure films, Aquaman is a bold and beautiful piece of popcorn escapism that shoots for ambitious heights and never fails to entertain. Known mostly for horror films, director James Wan acquits himself well here in the comicbook genre, crafting a movie that takes the best aspects of films like Raiders of the Lost Ark, Romancing the Stone, and The Rock, spins them in a blender, and delivers a delectable superhero shake. Wan makes every effort to make the audience feel like they are in a comicbook, with many scenes looking like a double splash page ripped from a graphic novel. Aquaman‘s pace comes off frenetic, as Wan rarely gives you any time to breathe, which is not always a good thing. The film jumps from one adventure to another, whether it’s Arthur’s initial battle with Orm, a harrowing escape from Black Manta (Yahya Abdul-Mateen II) in Italy, or a confrontation with Karathen (voiced by Julie Andrews!!!), a leviathan that protects the Trident of Atlan.

While Jason Momoa may not be the finest actor on the planet, or necessarily even a good leading man, he was born to play this role. Physically imposing and often a human battering ram, Momoa also brings a gravitas, charm, and humor to the role I wasn’t expecting. Ostensibly a loner, Arthur is nonetheless loyal to those closest to him like his father and Mera. He’s also deeply affected by the loss of his mother and blames the underwater realm for her death. I can’t envision anyone else playing this role and I never thought anyone would be able to pull off the classic orange and green Aquaman outfit, but somehow Momoa does it. The suit reveal is just as iconic as Michael Keaton’s Batman or Gal Gadot’s Wonder Woman.

Amber Heard’s Mera shines as the perfect foil to Arthur.  Heard’s chemistry with Momoa is magnetic and I completely bought the love story between the two characters. Fiercely intelligent and an amazing warrior with hydrokinetic and telepathic powers, Mera is no damsel in distress and possesses a lot of agency in Aquaman. Ditto Oscar winner Nicole Kidman as Arthur’s mother Atlanna. Kidman never phones it in and gets to kick all kinds of ass and seems to be having a blast here. The same can be said for Dolph Lundgren as King Nereus and Willem Dafoe as Vulko, Arthur’s mentor. Both actors are fully aware of what kind of movie they are in and relish every moment of it.

Aquaman is not without it’s faults.There’s an extreme amount of cheesy dialogue in David Leslie Johnson-McGoldrick and Will Beall’s script, even for a comicbook film. It doesn’t always work. Also I felt that Abdul-Mateen II’s Black Manta got the short shrift as he’s lacking in character development and his only motivation for going after Arthur is revenge. Additionally, while Patrick Wilson was better than I was expecting him to be, I just didn’t quite buy him as Arthur’s nemesis. Wilson just isn’t intimidating enough to stack up against Momoa and save for one scene, his Orm isn’t nearly malevolent enough. Hopefully, we’ll get a worthy opponent for Momoa in the sequel.

None of these flaws are enough to derail Aquaman however. The film is so fast-paced and entertaining you won’t care about the occasionally cheesy dialogue or a shot of an octopus playing the drums. I hate to break out the “F-word” but Wan’s Aquaman is just a fun time at the movies. See this film in IMAX if you can as it’s definitely worth the extra few bucks. I had a blast with this film and I can’t wait for Arthur’s next outing. 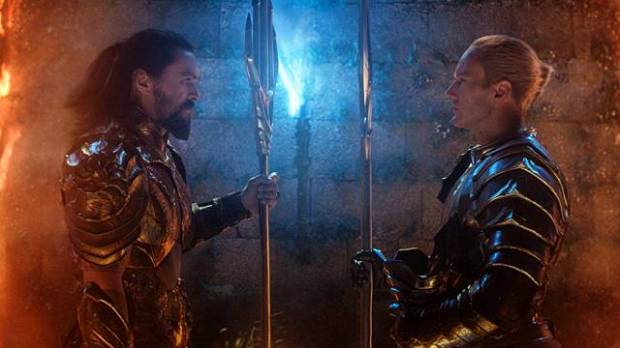