Movie Review: ‘How to Train Your Dragon: The Hidden World’

Plot: When Berk is under attack by dragon trapper, Chief Hiccup decides to seek out the fabled ‘Hidden World’. On the way this mythical home to dragons Toothless gets distracted by a new mate.

Review: DeBlois is the mastermind behind two heartfelt animation franchises, Lilo & Stitch for Disney and How to Train Your Dragon for their rival Dreamworks. The latter is the stronger of the two, with surprising character development and exceptional visuals. In a rare move by a major studio this looks to be concluding part to this story, finishing while of a relative high rather burning out.

What works against this film is that, in spite of the returning A-list cast and wonderful visuals, is that this feels like it is coming from a business and narrative need than a genuine creative spark. Because we’ve seen these characters grow from children to adults in leadership roles and this rounds things out nicely, it’s a bit more forgivable.

The new villain of the piece is Grimmel (Abraham), a nasty dragon hunter who is determined and skilled – something we get told more than shown. He’s a flat character with more cartoonish flourishes than personality and only serves to fill the role of villain. It’s through this that guy that Toothless meets his mate (who doesn’t seem to have earned a name) through some weird plan to do…something? That thread gets dropped at the end anyway. None of the individual elements of this film gel together well, instead it looks as though they had an end point in mind and worked backwards from there. After Hiccup taking up a leadship role it felt weird that he abandoned the giant, multi-level bustling dragon metropolis they’d built and struck out for the unknown after one encounter. 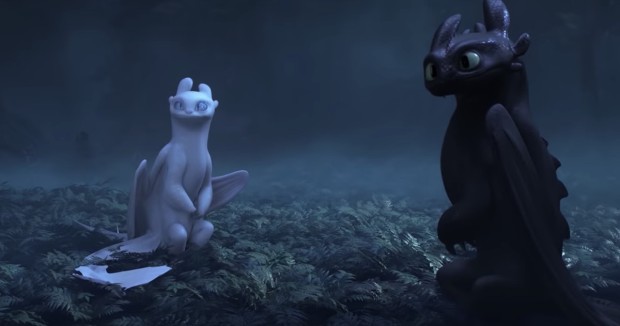 Putting aside the loosely attached side-plots leaves us with the main thrust of the adventure, and that’s Toothless and Hiccup facing the fact that they may eventually grow apart. Toothless encounters a white coloured female who they dub a ‘Lightfury’ and he has to consider whether he wants to stay with her or Hiccup. There’s a couple of very sweet and funny dialogue free scenes where Toothless awkwardly tries to court his new friend, but it’s never fully addressed why the Lightfury couldn’t just stay with, why it’s one or the other. It’s already a very familiar plot in children’s entertainment and not presented in an original manner.

As said earlier the film still carries itself on the backs of characters and performances we’re familiar with. Baruchel and Ferrera as Hiccup and Astrid are on point and still great leads. Whilst Blanchett and Harington reprise the roles of Valka and Eret from the second film the writers didn’t know what to do with them. Having the rest of the distinct cast back is a positive step…although being animated means that they could’ve replaced the disgusting T.J. Miller without much fuss. 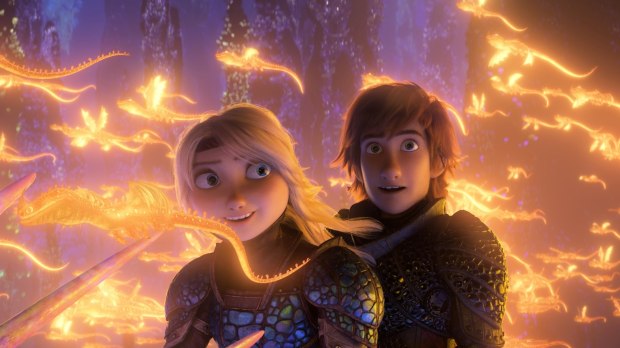