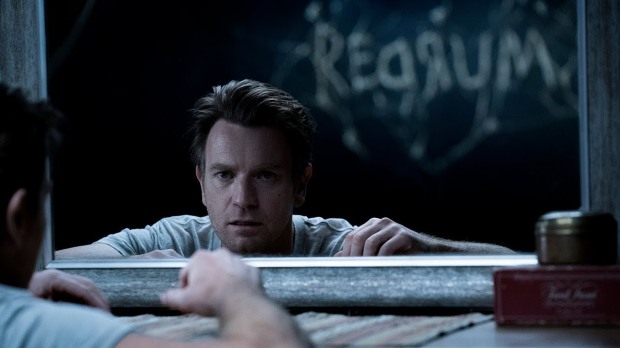 Plot: Decades after the events at the Overlook Hotel from The Shining, an adult Danny Torrance (Ewan McGregor) still struggles with his childhood trauma. After hitting rock bottom, Dan finds salvation in AA and as an orderly at a hospice care facility. There he uses the remnants of his “shine” to help dying people pass on into the next life. However, Dan’s peaceful existence is disturbed when he crosses paths with Abra Stone (Kyliegh Curran), a teenager with a “shine” even more powerful than his. Abra has run afoul of the True Knot, a group of monstrous humans who survive by feeding off the “steam” resulting from torturing children with psychic abilities. Led by the evil Rose the Hat (Rebecca Ferguson), Dan must confront the ghosts of his past, both physical and emotional, in order to save Abra’s life and rid the world of an unspeakable evil.

Review: Author Stephen King’s works have been great fodder for cinema for over forty years. Some of them have been masterful like The Shawshank Redemption and Stand By Me, others atrocious like Graveyard Shift and Thinner. Thankfully, 2019’s Doctor Sleep (the fourth King film adaptation this year if you’re counting at home) is one of the better ones. In fact I’d go far as to say it’s in the top five and definitely one of the best films I’ve seen this year.

Director Mike Flanagan has proved himself quite adept at tackling the horror genre. Last year’s Netflix series The Haunting of Hill House was a masterful tale of the macabre that was as emotionally resonant as it was brilliantly acted. The same can be said for Flanagan’s Gerald’s Game and Oculus. With Doctor Sleep, Flanagan continues his hot streak, delivering an excellent supernatural thriller that while entertaining, also examines the themes of alcoholism, trauma, and redemption in thought provoking ways.

Additionally, Flanagan’s script accomplishes something I didn’t think was possible. It honors the 2013 Stephen King novel but it also serves as an appropriate sequel to Stanley Kubrick’s The Shining. And make no mistake, Doctor Sleep is ABSOLUTELY a sequel to Kubrick’s film. For fans of the novel the first 2/3 of the film follows the book almost exactly. It is only in the last third of the movie that Flanagan veers off book, delivering a conclusion that reconciles The Shining novel with The Shining film, an adaptation that Stephen King has been notoriously critical of over the years. As a fan of the Doctor Sleep novel I was extremely satisfied with the changes Flanagan made in the third act, although I can’t say that other book fans will feel the same way. 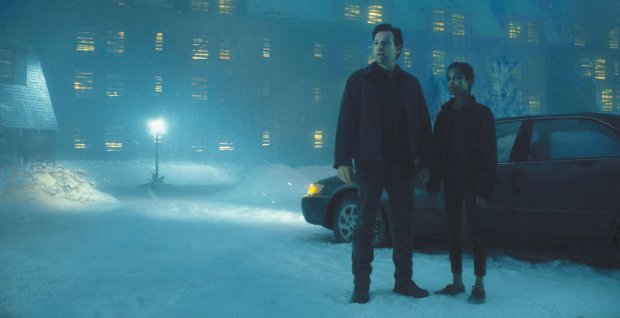 Ewan McGregor totally captures the tortured spirit of a grown up Danny Torrance as well. Playing the roll decidedly low key, McGregor comes off extremely endearing and provokes a degree of empathy I didn’t expect. Ewan McGregor is one of the most underrated actors living today. The man has delivered stunning performances for decades but his part as Dan Torrance is one of his best yet and is further evidence of his enduring talent. McGregor’s chemistry with newcomer Kyliegh Curran is damn near flawless and their relationship is one of the foundational pillars on which Doctor Sleep rests. Curran is simply stunning here. Her Abra Stone is not some mere helpless good-natured innocent. Curran’s Abra possesses a bite and a darkness to her as exemplified by a harrowing metaphysical scene with Ferguson’s Rose the Hat about midway through the film.

Speaking of Ferguson, her Rose the Hat is the grand champion of Doctor Sleep. Outside of the Mission Impossible films I’ve found Ferguson’s roles to be incredibly blase and forgettable. However, Ferguson’s star turn as Rose the Hat is next level great. In fact I have no doubt that her Rose the Hat will go down as one of the great all-time iconic villains in the horror genre. A scene involving her and the torture of a boy played by Oscar nominee Jacob Tremblay will make you love to hate Ferguson’s character in the best possible way. You’ll be seeing a sea of Rose the Hat costumes next Halloween, and at Comic Cons for years to come.

With this year’s Pet Sematary and IT: Chapter 2 I’ve been extremely disappointed with 2019 Stephen King adaptations. However, Doctor Sleep erased the bad memories of those films due in large part to an excellent script from Mike Flanagan and dynamite acting from Rebecca Ferguson and Ewan McGregor. Unfortunately, the film is bombing at the box office which is really disappointing. Not only is it one of my top films of the year, it’s one of the best Stephen King adaptations of all-time. It’s a movie fans of the novel and the original Stanley Kubrick film can appreciate and enjoy. 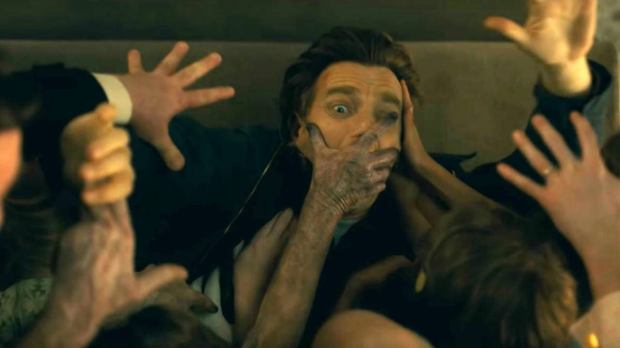