It is no secret that Hollywood is in the midst of a creative quagmire where every major movie hitting cinema seems to be a remake, reboot, or long delayed sequel. With the recent bombings at the box office of Terminator: Dark Fate and Charlie’s Angels it seems as though the moviegoing public is growing weary of this cycle of rehashes. The difference between the franchises that succeed and those that fail boils down to public demand. With so many of these reboots they are trying to sell audiences something nobody wanted to begin with.

Terminator Dark Fate: As any movie fan knows, the blockbuster classic Terminator 2: Judgment Day ended with Skynet being destroyed once and for all. Judgment Day never happens and rather than leading the human resistance John Connor grows up to be a senator and Sarah Connor finally finds peace. But for the rights holders of the Terminator franchise, James Cameron’s creatively fulfilling ending did not matter so long as money could be made. Over the years three separate attempts have been made to restart a film series by picking up where T2 left off and all three failed in that endeavor. This year however, seems to finally be the one to put the nail in the coffin, with the return of Linda Hamilton and Arnold Schwarzenegger this was the go-for-broke move. It fared worse with audiences than the previous reboots. While new characters; Grace and Dani were fun enough the plot they were thrown into was the same Terminator plot we have seen before of an unstoppable machine travelling back in time to kill a young resistance leader. They ultimately take a back seat to the returning franchise stars. 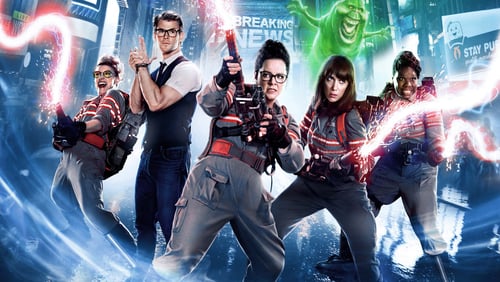 Ghostbusters: This one was kind of a curveball, as for years fans have been clamoring for a return of New York’s four finest paranormal exterminators. Whether they continue busting ghosts themselves or more appropriately passing the torch to a new generation. But Sony decided to instead remake the original 1984 masterpiece with all the same plot points, but  sans everything which made that movie such a masterpiece. Granted they had an incredibly talented cast in place but, their characters were basic and shallow and the only direction they apparently received was to ad lib to incessant levels. When the infamous trailer was released and was rightly called out for looking like hot garbage with lame sitcom-y jokes. Rather than brush it off or something else smart they decided to bash ALL of their critics as stereotypical incel manbabies. Legitimate criticisms of what people saw were brushed away as being the whiney complaints of those not woke enough. Judging by box office numbers this left a bad taste in the mouths of those who remained home and did not see Ghostbusters. Those who did see it were greeted by a movie which was nothing more than a blatant cash grab from a studio with a recognizable brand. While the movie may not have been terrible, nothing was particularly memorable either. It was a standard by the numbers studio blockbuster complete with an action scene climax that felt entirely out of place in a Ghostbusters flick. Any hopes Sony had of continuing this new Ghostbusters series has been laid to rest as acclaimed filmmaker Jason Reitman is currently prepping a sequel to the original films which completely ignores this one. 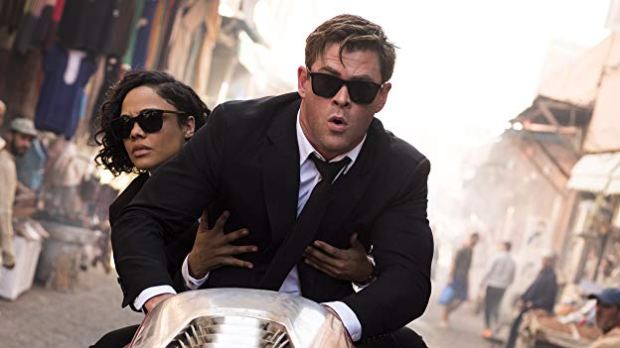 Men in Black International: For three movies audiences got to enjoy the chemistry between the curmudgeonly and stern Tommy Lee Jones and the fun-loving Will Smith paired-up to fight aliens. The Men in Black trilogy was a fun series of movies featuring some of special fx legend Stan Winston’s best work. But because Hollywood can not leave stuff well enough alone, producers decided to bring the franchise back out sans: Smith, Jones and replacing the memorable aliens with CGI creations. Granted the two leads Chris Hemsworth and Tessa Thompson have proven chemistry and this is the only thing which keeps the movie afloat. Director F. Gary Gray frequently clashed with producers who meddled with the film to make it more commercial which is never a good sign.  The end result was a flick which critics hated and audiences were ambivalent towards. 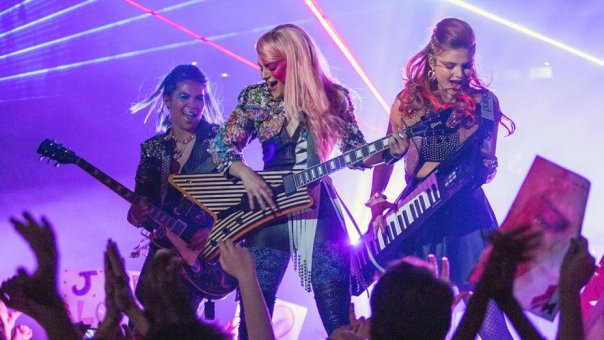 Jem and the Holograms: When one thinks of the cartoons/toys which shaped childhood in the 80’s no doubt shows come to mind like: Transformers, GI Joe, Strawberry Shortcake, and Teenage Mutant Ninja Turtles. Often forgotten among all the mainstays of this era is Jem and the Holograms, a cartoon about Jem and her band as they have adventures and compete with rival musicians. In this era of so many toy and cartoon properties being given the big screen treatment it seemed inevitable before Jem had a shot. Jem the the Holograms may not have had the sticking power of many other cartoons of the era but it still holds a devoted cult following. Smart people would think that if you made a movie adaptation of the property, this fanbase would be the main demographic to win over. In fact they even held a contest where fans of Jem would make videos of themselves expressing their love of the property and put those videos into the eventual film (though that was not what was promised in said contest). Instead they alienated that core audience by making the movie an already dated teen drama with paper thin plot which owed very little to the animated series. Gone are the day-glo colors and 80’s glam from this flick. Jem does not even transform via hologram which was one of the hallmark schticks of the show.

Taken: The 2008 Luc Besson directed action flick Taken was a surprise hit and even gave its star Liam Neeson a fresh new career path as an aging action hero. So 9 years later NBC decided we needed to see more Taken on our TV screen, only without Besson’s slick direction and Neeson’s grizzled no-nonsense performance. This would focus on a young Brian Mills who was fresh in the world CIA-ness something nobody really cared to see because it took away the aspect of him being forced out of retirement which made the movie so cool. They did not bother waiting around long and rushed Taken straight to series. The few who did tune in found out that instead of being called Taken the show could have easily been called a Standard Spy Show as it really did not derive much from the source material. While Clive Standen gave a noble effort in the lead role he was no match for the shadow his much more charismatic predecessor had cast on the role of Bryan Mills. 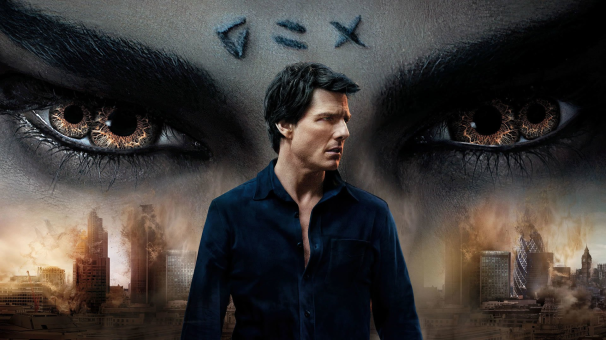 The Mummy (and by extension the Universal Monsters): It is obvious that “cinematic universe” is the go-to trend in Hollywood despite the fact nobody outside of Marvel has found much success with the formula. Someone at Universal Studios must have remembered that they once originated this formula with their iconic Universal Monsters. Seeing this as a possible blockbuster franchise they greenlit the Dark Universe. The problem arose as nobody at the studio knew how to handle this famed stable of horrors, by trying to make this new series of film action movies instead of horror movies. They hit the ground running with the Mummy in 2017, complete with generic blockbuster action and A-lister Tom Cruise promoted as the star instead of well…the Mummy. Rather than focusing on making a good Mummy movie and building on that, they made sure to bog down parts of the movie with plenty of other unrelated monster Easter eggs. They had even cast the likes of Johnny Depp and Javier Bardem to play further monsters despite the lack of scripts or directors. But the Mummy bore no resemblance to the Universal Monster films, and given the special love audiences have for Brendan Frasier’s Mummy-series they were especially merciless on the film. The critical and commercial failure of the Mummy forced Universal to ditch the rest of their lofty plans for this cinematic universe. 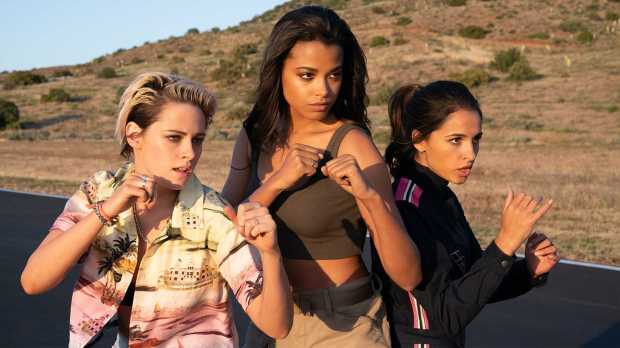 Charlie’s Angels: This is the movie which inspired this article. Charlie’s Angels as a property started as a fun shallow TV show in the 70’s. Decades later it became a fun but shallow movie which was fairly successful but the sequel was not. I heard there was another attempt at a TV show a few years ago but it passed without so much as a blip. This should have clued in decision-makers that perhaps another movie in the brand was not something people were particularly clamoring for and went about their way. Instead they entrusted Elizabeth Banks to helm another attempt to bring Charlie’s Angels to the big screen. The studio had high hopes of A-listers like Emma Stone and Jennifer Lawrence signing up to take orders from Bosley, but in the end Kristen Stewart who has not led a blockbuster since 2012’s Snow White and the Huntsman was the biggest star they nabbed. Soon it became clear that the hype for this movie was not going as planned so Sony decided to cut their losses and devote a miniscule amount of money to the ad campaign. This led to a few half-hearted trailers which made the few who saw it proclaim a resounding “meh”. Once it inevitably bombed at the box office, Banks did the professional thing of…criticizing everyone who did not see it as a misogynist who did not like women leading action films. As you can assume that has done little to improve ticket sales as it may be a while before the Angels go out on anymore missions.