Now that we are once again in a decades known as the Twenties, there have been calls to return to the raucous good time our ancestors had 100 years ago during the era known as the Roaring Twenties. This was clearly evidenced by the theming at a number of New Year’s Eve parties I witnessed. Because we already have the increasing return of; prevalent racism, women treated as second class citizens, horribly unequal wealth distribution, and powerful robber barons lording over society, we may as well have the wild parties, snazzy fashion, and cool music of that famed decade as well. With the 1920’s bringing the art of cinema into the mainstream it is only fitting to celebrate the new Twenties with film as well. If you are looking for the right flicks to be the cat’s pajamas here are my suggestions for movies which will have you wanting to venture to the local speakeasy.

The Roaring Twenties: Let us start with the most obvious film on this list, the final film of Warner Bros.’ Depression Era gangster flicks, starring the soon-to-legendary talents of Humphrey Bogart and James Cagney. During World War I, Eddie and George forged a friendship based on seeking refuge in the same foxhole. But once the war comes to an end, Eddie, struggles to find honest work so instead becomes a major player in the illegal liquor trade, manufacturing and distributing booze to various speakeasies. Rising through the ranks he once more crosses paths with George who has the ability to import top class booze but lacks Eddie’s impeccable distribution system, bringing about a partnership between the old battle buddies. Naturally as the two try to be “big shots”; women, violence, and power comes between them leading to a bloody and memorable climax. 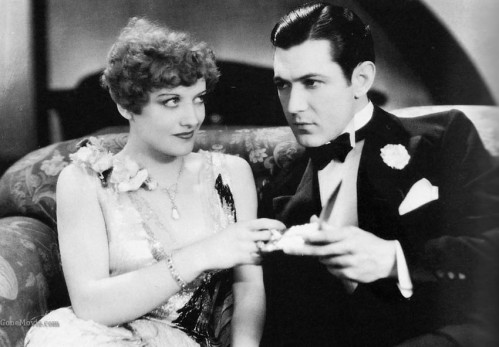 Our Dancing Daughters: One of the iconic images of the Roaring Twenties is the flapper girl. In this silent film featuring a young Joan Crawford, the flapper is front and center. Dangerous Diana may appear to be a materialistic woman looking for a good time, in reality she is a dutiful daughter with dreams of the future. She is madly in love with a man named Ben, who believes Diana’s flirtatious nature with other men to mean she is not interested in him. Ben ends up in an unhappy marriage with her loose friend Ann. As fate would have it Diana and Ben would reunite at a party some time later and discover their mutual feelings for each other. The film continued to propel Crawford on her star bound career and has become a favorite of the Silent Era. 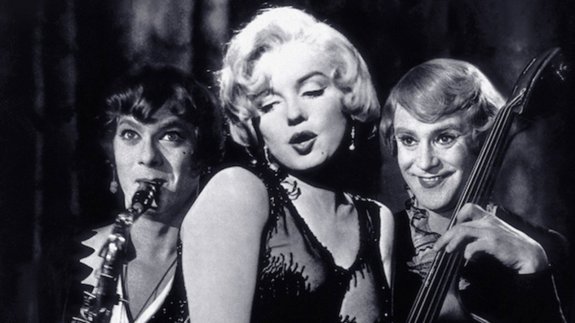 Some Like it Hot: One of the greatest works from the legendary filmmaker Billy Wilder takes two down-on-their-luck musicians and puts them in an even worse spot than they were in before. After losing their job when the speakeasy they played in is raided, Joe and Jerry witness a gangland hit forcing them to go on the run. Left with few options the two men make the decision to become, Josephine and Daphne and join an all women musical ensemble in Florida.  Of course love complicates things as Joe falls for the band’s singer “Sugar” Kane and an aging millionaire falls for “Daphne”. Hijinks and hilarity ensue as the duo have to balance their alter egos and try to dodge the gangster they are hiding from in the first place when he happens to show up for a crime family meeting. Luckily for us Wilder went back on his vow to never work with Marilyn Monroe again as her performance as Sugar absolutely steals the show in this irreverent comedy masterpiece.

Thoroughly Modern Millie: Arguably the best non-Mary Poppins role from the iconic Julie Andrews. Longing for a greater life than that of a flapper, Millie dreams achieving the “thoroughly modern goal” of marrying a wealthy businessman. While she has instant chemistry with the salesman Jimmy the man she wants is the arrogant but successful Trevor. However, Trevor does not return her affections and would rather have an “old-fashioned” woman like Millie’s friend Dorothy. After accepting that Dorothy is who he wants, Millie discovers that her friend has been kidnapped and she and Jimmy must find her. In 2002 this musical found new life on the Broadway stage where it met great critical and commercial success.

The Public Enemy: Another of James Cagney’s great gangster films, the Public Enemy turned the actor into a star and made the “gangster film” a cinema mainstay. Growing up Tom Powers was a petty delinquent in the neighborhood, while his brother became a straight-laced citizen thanks to a stint in the Marines. Over the years, Tom rises up the criminal ladder with a ruthlessness which puts everyone on guard. Despite the protests of his brother, he is firmly and comfortably in the mob life with the money, power and women (including Pre-Code Hollywood sex symbols Joan Blondell and Jean Harlow) that comes with it. But one does not climb to the peaks of the underworld without making enemies and Tom makes plenty of those. Despite his dangerous and deadly attacks on those trying to knock him out of the picture it is only a matter of time before it all catches up to him. The realistic portrayal of gangland violence shocked audiences, but they still came out in droves to see Cagney in his breakthrough performance.

The Great Gatsby: Once again Baz Luhrmann has proven that when it comes to visual excess on the big screen he is at the top of the game. His lavish style made the filmmaker the perfect choice to helm this version of the classic 1925 F. Scott Fitzgerald novel the Great Gatsby.Told through the eyes of Midwesterner Nick Carraway, we are introduced to the lavish life of Jay Gatsby. Every night Gatsby is the host of a party which celebrates the hedonistic lifestyle of the era and inevitably Nick finds himself brought into this world. Ultimately there is an ulterior motive to Gatsby courting Nick’s friendship as the enigmatic man found love once with Nick’s cousin Daisy and hopes to one day reunite with her. Like Luhrmann’s other films, the Great Gatsby is not going to appeal to everyone with it’s over-the-top nature, but if it does fit your taste this movie is worth checking out.

Robin and the 7 Hoods: The famed thief Robin Hood has always been a staple of moviedom, but leave it to Frank Sinatra and the rest of the Rat Pack to add a layer of cool in a snazzy musical based on the Robber of the Rich. In 1920’s Chicago gang war breaks out after Guy Gisborne whacks the established crime boss and takes over for himself. This does not sit well with Robbo who is reluctantly pulled by Marian into stealing from Gisborne along with his pals; Little John, Will, and Alan A. Dale. Robbo finds himself a folk hero in Chicago, the gangster who steals from the rich crime boss and donates the dough. As he embraces his new Robin Hood persona, Marian begins working behind the scenes to use him for her own criminal interests.

Midnight in Paris: Many people have an idealized vision of the past being far better than it actually was in reality. But in this Woody Allen film, nostalgia-obsessed writer Gil slips through a time warp while in Paris and visits the cultural hotbed the city was during the Twenties. During his nightly travels to the past, Gil rubs elbows with the artistic greats of the era like: Salvador Dali, Gertrude Stein, Cole Porter, F. Scott and Zelda Fitzgerald, Picasso, and more. Along the way he learns that his reverence for this time period could be misplaced as everyone at every point in time have starry-eyed visions of a time before their own. 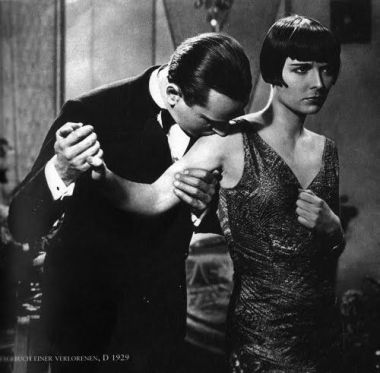 Pandora’s Box: One of the many masterpieces which came from Germany during the Silent Era, this is the film responsible for making Louise Brooks an icon of the Jazz Age. Brooks portrays Lulu, a liberated woman in Weimar Era Germany. She has found her lot in life as the mistress to Dr. Ludwig Schon, though he is engaged to a woman he sees as being a proper member of his class. Through the use of a music revue, Lulu is able to force Schon’s hand into marrying her instead though wedded bliss is short lived. An accident leaves her new husband dead, and Lulu accused of murder. Though she is exonerated, the young woman is in need of a way to support herself and must rely on her seductive nature though it leads to a downward spiral.