While a good chunk of this planet has been tamed by humanity, there are still portions of this planet which are still wild and unexplored. Such is the case of the jungles of Indonesia, an area inhabited by sparse tribes and if sightings are to be believed a host of creatures who should have gone extinct millions of years ago. These dense and dangerous areas have only been explored by only a few from the West and some of them have come back with extraordinary tales of finding mysterious and prehistoric beasts in this lost world.

In 2014 the account of a fisherman on the Indonesian island of Nusakambangan gained a attention from cryptozoological researchers the world over. He claimed to be out with 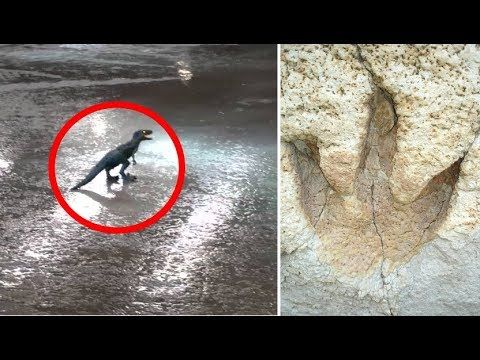 friends and found a group of 5 foot bipedal reptiles in a burial ground circling the corpse of a recently departed friend. The description he gave of these creatures bore a strong resemblance to a velociraptor. But these were nothing new as the inhabitants of this island are quite familiar with these strange animals which they have dubbed Kawuks. Described as looking like a monitor lizard or komodo dragon, but moving on two legs instead of four, they are nocturnal scavengers who tend to prowl burial grounds for the fresh dead. There have been scattered reports of them being bold enough to act aggressively towards humans but more often than not they flee into forested areas when confronted.

Deep in Africa the sauropod-esque cryptid Mokele-Mbembe is well known to cryptozoologists and researchers, but it would seem Inonesia’s neighbor in Papua New Guinea have a similar animal in the Kaiamunu. Spending most of it’s time in the waters, those who have seen this creature have described it as being 65 feet with a long neck and massive tail. In 2005 a couple vacationing on Dililo Island, Simon and Margaret Patolkit, witnessed the Kaiamunu firsthand as it lifted it’s enormous head from the water to be seen by the Patolkits and others in the area, before sinking back beneath the waters.

On the island of Seram, they do not have to fear creatures who roam the ground but rather creatures which soar through the skies known as the Orang Bati. Living near a volcanic mountain, people in the region describe this cryptid as appearing like a large ape with wings and glowing eyes. Scientists have written this off as simply a misidentification of flying foxes, the problem with this is that the people of this region 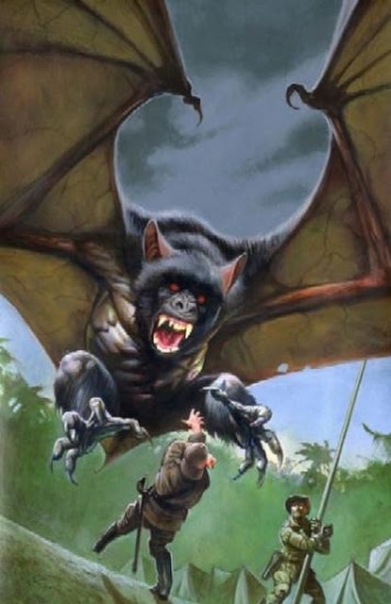 are not ignorant and know what a flying fox is and know that the Orang Bati is an entirely different creature. One skeptic was turned into a believer in 1987 when Tyson Hughes, a British missionary working with the Moluccan tribe had the chance to see them. Based on what he observed, Hughes believed the Orang Bati to be a prehistoric creature of some kind that has found a way to avoid extinction. Many have drawn comparisons between these cryptids and the batsquatch which was seen near Mount St. Helen shortly after that volcano erupted. This has speculated a connection between these two cryptozoological beings.

The jungles of Indonesia and the surrounding region is filled with a strange aura and mysteries yet to be unraveled. One would be safe in speculating that these sparsely populated wildernesses which have been unchanged for centuries would provide the perfect breeding ground for populations of prehistoric animals to survive when they should have been wiped out. Though as more people have ventured into the area they have come back with claims of creatures which are not to be believed. Perhaps it is only a matter of time before the dinosaurs of Indonesia are found and it would be a discovery which could change the way we view evolution and the history of our world.

← Retro Review: ‘Deathsport’
I Watched a Horror Movie So Boring I Forgot I Watched It →