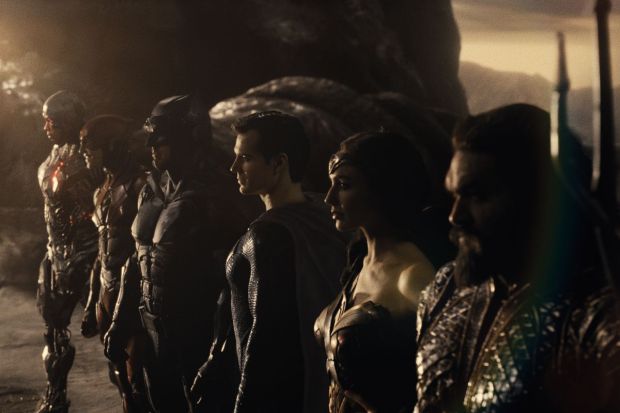 Plot: After the death of Superman (Henry Cavill), Batman (Ben Affleck) resolves to let his sacrifice not be in vain. Convinced that a global threat is on the way, Batman begins to assemble a team that includes Wonder Woman (Gal Gadot), Cyborg (Ray Fisher), The Flash (Ezra Miller), and Aquaman (Jason Momoa). Together the six of them must band together to stop the threat of Steppenwolf (Ciaran Hinds) and his master Darkseid (Ray Porter) from enslaving the Earth.

Review: When Justice League debuted in 2017 audiences and critics were given a Frankenstein gumbo steeped in studio interference, Joss Whedon’s hubris, and personal tragedy. A castrated conundrum of a film, the movie made little impact at the box office and even less with fans, specifically Zack Snyder supporters who felt cheated out of the director’s ultimate vision. Not content with the trashfire of a film that we were served, the #ReleaseTheSnyderCut campaign was born. After a cascade of hashtags, letter-writing campaigns, $70 million in additional funding from WB, and a whole lot of blood, sweat, and tears, Zack Snyder’s Justice League (AKA The Snyder Cut) is finally, FINALLY here.

But has the wait and the effort been worth it?

In this humble critic’s opinion: ABSOLUTELY.

ZSJL is a massive movie in scope, sentiment, and runtime. At a whopping four hours and two minutes, this movie is – well – a LOT of movie. However, I feel the runtime was completely justified, and not once did I check the time. Much has been made of ZSJL‘s runtime, however, I’ve never understood the obsession with that aspect. As my old film professor and critic Jack Garner used to say, “I’ve seen four-hour epics that lasted five minutes and seventy-minute films that lasted two weeks.” It all comes down to is this movie enjoyable and frankly, I had a Hell of a lot of fun with it.

As a cinephile, it’s been impossible to ignore the multiple reviews and hot takes that surround this movie. However, for the life of me, I don’t understand the people who say this is just a longer version of Justice League. It makes me question whether we are watching two different movies. ZSJL is a completely different film and virtually unrecognizable from Joss Whedon’s crap fest.

To be clear, the bones of the film are still there – a band of heroes comes together to prevent Steppenwolf from collecting the mother boxes to pave the way for Darkseid’s conquest. Beyond that, you might as well be comparing a half-melted snowman to a Bob Ross landscape painting. Gone is the bullshit teel and orange coloring from years ago, replaced by a scaled-down color palette that reflects the somewhat somber tone of the movie. Danny Elfman’s incredibly lazy score (it pains me to write that sentence) has been excised with Tom Holkenborg’s (of Junkie XL) original music complimenting Snyder’s film. Operatic, triumphant, and (dare I say it?) heroic, Holkenborg’s music in no way compares to Hans Zimmer, but damn if it isn’t engaging and subtle when it has to be.

Ray Fisher’s long-running feud with WB has been well-publicized and after seeing ZSJL I understand why. In the 2017 version, Cyborg comes off as an afterthought. Here he is a full fleshed-out, wholly realized character. A true Frankenstein’s monster struggling with the lengths his father Silas (the excellent Joe Morton) has gone to bring him back, Cyborg ends up being the emotional core of the story. We get a sense of what he has truly lost with flashbacks encompassing his mother and his prowess on the football field. Without Cyborg, the team’s exploits in the third act are for nothing. There’s also an amazing CGI sequence where the extent of Cyborg’s powers is given their full due. Despite his bitterness, Cyborg even finds time to help a struggling mother – even if the sequence comes off slightly creepy. My only gripe is that Snyder goes to great lengths to show the audience the power of Cyborg – and then he suddenly has no control over that power when Superman shows back up. His defense systems kick in and it seems contrary to what we’ve learned thus far.

The same can be said for Ezra Miller’s Barry Allen/The Flash. As much as I love Grant Gustin on the CW television show, Ezra Miller brings his own sense of style and flair to the role. He’s got the sarcasm, whit, and overarching sense of empathy that defines Barry Allen down pat. Yes Miller brings the comic relief (his take on brunch is just hilarious) and he’s clearly a noob to being a superhero and happy to be there but it is his earnestness that’s so appealing. Furthermore, we get to see an amazing Flash power regarding time reversal in the third act that is a preview of coming attractions for next year’s feature film. While I loved the scene involving his future love interest Iris West (Kiersey Clemons), there’s not a lot of context there and casual moviegoers aren’t going to know who she is or her impact on Barry Allen’s history. Having said that, the sequence where he saves her is truly amazing. Everything about Miller’s the Flash left me wanting more and I can’t wait until next year.

Oh, and did I mention that Gal Gadot’s Wonder Woman is a fucking badass in this film? Because she is. This is a far cry from WW84 which ends with a PSA about how we should be all nice to each other. No this is the full Amazonian princess unleashed. The opening sequence where she saves a group of hostages plays completely different than the 2017 version. Where that one was light and playful, this one is visceral and serious. Wonder Woman’s final showdown with Steppenwolf also kicks all kinds of ass. Her fellow Amazonians are just as impressive with the chase sequence between Steppenwolf and them on Themiscryra much more nuanced and with a greater sense of urgency. You know Steppenwolf is going to get the mother box but you’re hoping it turns out differently. 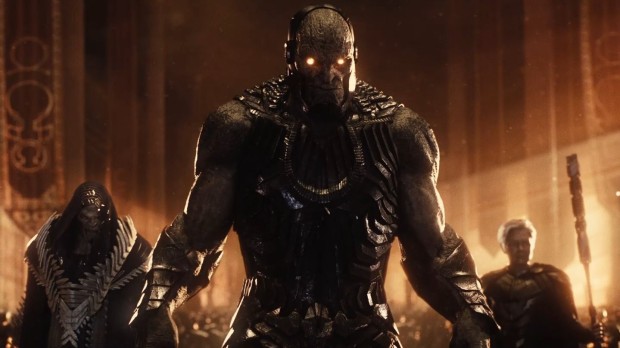 Speaking of Steppenwolf, don’t believe the takes that he is just a spikier version of himself. Whereas in the 2017 version he gathered the mother boxes fairly quickly, in Snyder’s version he really has to earn it. Nothing comes easy. We also get a sense of how he’s desperately trying to get back in Darkseid’s good graces. It’s clear he tried to rebel against his master and is consequently paying the price. He’s very much the Dwight Schrute of middle management bad guys, but it’s actually kind of refreshing to get something a little different than the Big Bad who’s all-powerful and all-knowing. While Steppenwolf’s boss is much more prevalent, what I saw just left me wanting more. Such a tease.

I’d be remiss if I didn’t mention how much I loved the Superman portions of this film. It was awesome to see him in the black suit (even if they never touch on the comic significance). Henry Cavill proves once again why he makes for a fantastic Clark Kent/Superman. It pains me to think of him not ever getting another chance to play the role. In a nice piece of editing by David Brenner, Synder chooses to intersperse previous audio from both Pa Kent and Jor-El so that when Kal-El chooses once again to be Superman, it’s a goosebump-inducing moment. Ditto his first interaction with Steppenwolf.

Say what you want about WB’s choice to choose Ben Affleck as Batman, I think he’s acquitted himself admirably in the role. Here he’s a man decimated by the sacrifice Clark made and is inspired to bring this group of heroes into the new age. This Batman isn’t quite so brooding but rather revivified and determined to find a better path. Plus the kickass Batmobile from BvS makes another appearance. Also, the Knightmare scene is the real deal and somewhat redeems the atrocious Jared Leto Joker from Suicide Squad. Having said that, the sequence does feel a little like fan service and unfortunately a promise of things to come that clearly arent’ going to happen now. Ah, se la vie.

The hero who gets the short shrift is Momoa’s Aquaman. He’s severely underdeveloped here and comes across merely as the rock and roller of the bunch. As I’m fond of saying though, there’s only so much real estate when it comes to films, even in a four movie. 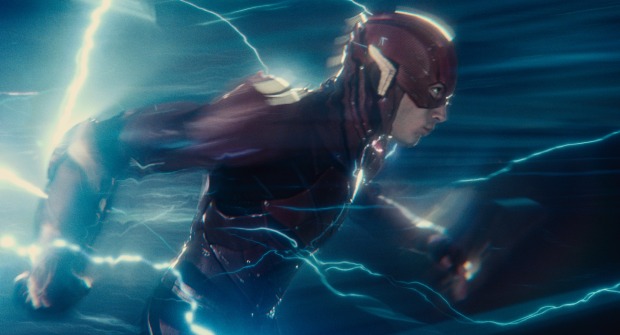 What’s also fascinating about Zack Snyder’s work is the tone. It’s not nearly as grim or dour as BvS. Also rather than constant action scene after action scene there are some genuine moments of quiet and pathos, whether it’s a heartfelt moment between Lois Lane (Amy Adams) and Martha Kent (Diane Lane) or a gut-wrenching prison scene between Barry Allen and his father Henry (Billy Crudup). This is a much more upbeat film than I was expecting with plenty of solid humor along the way. It’s also in some ways a treatise on grief and overcoming trauma, something that completely threw me for a loop. Everyone is dealing with their own burdens, and trauma shared evolves into triumph shared which is just fascinating.

Aside from a few minor beefs, Zack Snyder’s Justice League is truly an excellent movie experience. I get why it won’t appeal to everyone. If you’re not a Snyder fan you’re unlikely to be converted. But like I say when it comes to film, all movies are subjective and your mileage may vary. For those looking for counter-programming to Marvel, ZSJL will meet your needs. It’s an enduring testament to the power of the fans and the sacredness of a director’s vision. 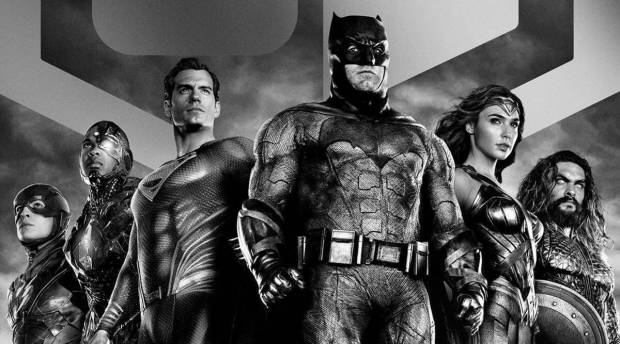 ← Debunking the Praise of the Snyder Cut
Movie Review: ‘Nobody’ →