First things first, this is a completely spoiler-free review on the film.

Now, having said that I want to start off this review by stating a couple of things about my personal biases and how they relate to the previous Spider-Man movies. To be honest I admittedly wasn’t a very big fan of the Raimi trilogy, even during it’s heightened popularity with Spider-Man 2. Cheesy? Corny? To me, yes. I understand that there’s a fine line to cross when you’re talking about superheroes on the big screen, let alone ones with actual superpowers that make them less comparable for your average moviegoer. It’s just that those 3 Spider-Man movies never really grabbed me the way they did to others. Maybe it’s my lack of familiarity with the character outside of some animated TV episodes, maybe it’s my disdain for Tobey Maguire and Kirsten Dunst, or maybe it’s just that those movies weren’t geared towards what I like best out of an origin story. I openly prefer a movie like this taking a more grounded approach to how it maps out the character and presents him to the audience. Not everything can be Batman Begins and of course I understand that, I mean the guy doesn’t fire webs out of his hands or own superhuman reflexes, therefore it’s much simpler to adapt that character to a tone that feels gritty and real. I guess a good example from my perspective is what Kenneth Branagh did with Thor in the sense that you get these godlike characters that have otherworldly strength and can fly through space and time but seem like normal, everyday people. That movie managed to mesh together the fantasy elements while still keeping it grounded in our ideal sense of realism so well that I see it as the standard for the more “superhuman” comic-book characters and their future film crossovers. 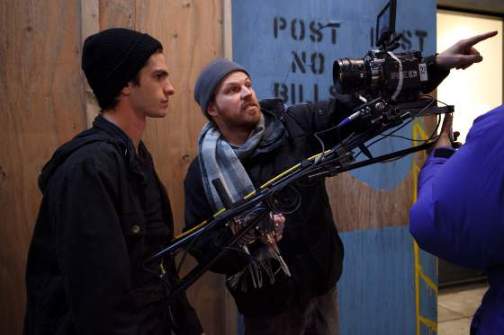 Which leads me to The Amazing Spider-Man.

The first question I seem to notice with a lot of these reviews or comments is a simple one: Why? Well.. why not? Spider-Man is one of the most successful comic-book characters of all-time and these movies churn out revenue that had Sony execs literally wiping their asses with money. The Raimi trilogy banked over 2.4 billion dollars worldwide, and that’s not including merchandising or toy sales. 2.4 billion dollars. There’s a reason that Batman will be rebooted 4 years after Nolan ends his remarkable trilogy and there’s a reason why every 3 or 4 years we get a new entry in the Bond series. Hell, look at Superman and his re-imagining only 5 years after his return to the big screen with an entirely new cast and fresh take on the story. Yes, Raimi just completed a Spider-Man movie less than 4 years ago and yes, we just saw this same origin story (or close to it) 10 years before but there was nowhere else to go after the 3rd movie put an end to the Maguire-centric version of Spidey.  This reboot was bound to happen and maybe it started a little quicker than most of us ever anticipated but I don’t think that’s grounds for trying to bring this movie down before you even lay eyes on it.  Now I do have an issue with the marketing of this film in the sense that no, this isn’t really the “untold story” of Spider-man. In fact, it’s really similar to what we just saw in 2002’s version, albeit executed in a dramatically believable style. Basically, if you’re gonna reboot this franchise than reboot the damn franchise… don’t try and lay claims to giving us a fresh take on Spider-man when we all know the origin story already.

Now, onto The Amazing Spider-Man. I have to say, for a movie that seemed so “blah” and uninteresting from the trailers and the marketing campaign I was surprisingly pleased with the outcome. Garfield gave me a Peter Parker that I could relate to and Emma Stone brought me a Gwen Stacy that I could fall in love with, and all of it worked due to their organic sense of chemistry. I think that Garfield is a big reason why this rebirth of Spider-Man will be one that gets people interested in the potential of this character. The human interactions in this movie were the selling-point of the story and it was the action scenes that came second fiddle. I found myself being sucked into Peter and Gwen’s relationship and wanting to find out more about Parker’s past, his father and who he was becoming, instead of anxiously waiting for the next scene of web-slinging mayhem. I think it was this balance that helped guide the movie from checkpoint to checkpoint instead of spoon-feeding us an origin story that we already knew. Peter grows, he changes his ideals, his mentality, his mindset.. all of that is something that thrusts him into the protective nature of Spider-Man and all of that is something that couldn’t have been forced; or else we wouldn’t have been sold on his transformation. 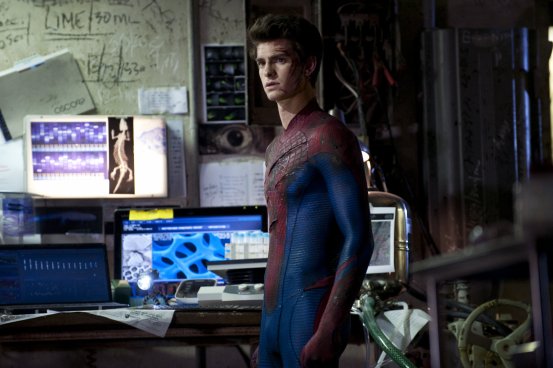 Were there faults? For me, yes, specifically the lack of a compelling villain with motives that felt threatening to the well-being of the city. I guess they wanted to keep the focus on Peter and make this story solely about him so they settled for a cookie-cutter villain that never gave us a menacing danger to Spider-Man. You could practically map out his character arc from the moment you met him and there was no surprise motive to throw us off our game. That’s another thing I felt the movie did poorly, and that was risk-taking. It all felt really.. safe. Maybe the studio was trying to do everything in their power to give us something that wasn’t Spider-Man 3 or maybe they didn’t let Webb go wild with his visions but the movie felt restricted, almost toned down in a sense. I wanted something wilder, something more ambitious and something grander. Again, this is just an origin story so maybe we’ll get that with the impending sequels but some twists or style could have benefited this movie in the long-term. I think those missteps held the movie back from being something truly special, as did my distaste for the heavily dull backdrop. Now one thing I did enjoy about the Raimi movies was his ability to leave a mark on the project and make it his own. I understand that a grittier, more realistic take on Spidey with bruises, blood and painful shortcomings meant that the movie had to mold a darker atmosphere but there were times where I just wanted to see him leap from the colorful comic-book pages and not be held down by blues and greys. One really great addition to the movie in my opinion was Dennis Leary as Captain Stacy. His few scenes with Parker and Spidey felt short-lived ans I longed for more of their interactions. Aside from Uncle Ben I felt that it was Stacy who brought the most out of Parker and helped mold him into another direction. He forced him to be two steps ahead of the police while still being able to protect them from the Lizard’s devices. I thought that Stacy’s character brought such a unique dynamic to this particular story, specifically in the way that he’s the father of his love interest and the Captain of the police, thus pinpointing him as the target of Spider-Man’s frustration and angst. Their relationship was one that I felt could’ve been explored more, thus making it a stronger movie and a more dramatic finish. 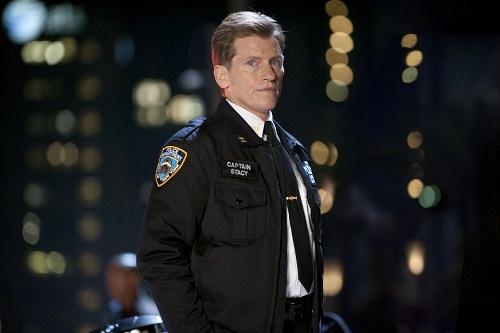 Captain Stacy was a welcomed character and was sorely underused

One thing I really wanted to point out was the way Spidey glides around the city and uses his web-shooting mechanisms to launch himself with his momentum. There was physics to his movements which was exactly what a calculating mind like Peter Parker would do if he were flying around the city. It was pretty fucking cool to watch and those scenes felt really satisfying, as well as one particular “crane” sequence towards the final act of the film. Another thing that I felt was missing from the original trilogy was Parker’s witty dialogue while fighting criminals and his brilliant educational background that helped him create certain gadgets and weaponry. They really nailed both aspects of that character and those were two features that a lot of the diehard fans have been asking for since, well, ever.

Overall I can’t say that Spider-Man blew me away but I felt like it established a rock solid foundation for a potentially great sequel. The basic building blocks are there and as sturdy as can be, specifically our titular hero with ace casting in Garfield, a believable love interest with a brain and ambition for greater things with Stone, a set-up to another villain from the Spider-Man arsenal with the hints throughout the current movie and finally a character that we can relate to. This Spider-man is one that transcends the ability to exist only as a fictional persona and instead became someone that I felt like I could exist alongside. If they get a director with a broader vision for the sequel and continue to build upon what they introduced us to then I think we could have a really solid franchise on our hands. But for now, it was a respectably good effort.