What…what’s this? COLOUR?! A new era in the history of Doctor Who started with the Third Doctor. A new Doctor, a different concept, colour film, new special effects and plenty of new villains!

The Spearhead From Space

Having ben captured and put on trail by the Time Lords, The Doctor begins the new series having been exiled to Earth following a forced regeneration. This new era sees the series taking a change in tone and narrative. Unable to travel using the now deactivated TARDIS the Doctor joins the Brig as a member of UNIT, a military operation who investigates unusual phenomena on Earth. As a result the Doctor operates more as an investigator rather then as an adventurer. This series also marks the first instance of the show being filmed in colour. 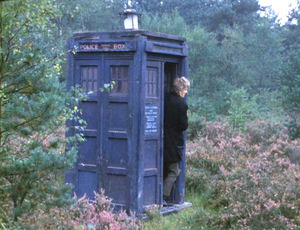 Not the grandest of entrances…

Upon arriving on Earth the Doctor passes out outside the TARDIS. After being found and taken to hospital he slowly recovers while the Brig is brought in and remains suspicious about his identity (during his stay in hospital we have the first acknowledgement of The Doctor having two hearts). Coinciding with the Doctors arrival is a series of meteorites land in the English countryside, spreading an unusual plastic substance. The Doctor, The Brig and his new scientific advisor Dr. Liz Shaw must investigate, where they discover that the plastics are the Autons, a race of living plastic who seek to take over Earth by building replicas of key political and military figures. 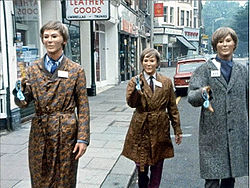 As far as an introduction to the Third Doctor goes, things are handled pretty well, Pertwee’s interpretation of the character various greatly from Troughtan’s, being more confrontational and mechanically minded. This suits the new angle the show is taking in that the Doctor mostly handles his own experiments and gadgetry, but his harsh attitude makes him seem pretty unlikeable from time to time, especially when he butts heads with The Brig whom he’s usually gotten on well with. New companion Liz seems little more than a placeholder, having no strong defining character traits and contributing little to the plot.

The plot of this story is complex and engaging, with the first appearance of the Autons being significant to the overall Doctor Who canon. Being more topical at the time of production with the expansion of the plastics industry, the concept has aged well being at heart a Body Snatchers story. As an introduction to the third Doctor it’s a very good story.

Doctor Who and the Silurians

The third incarnation of the Doctor saw many debuts of what became recurring villains and characters. The first adventure saw the introduction of the Autons, and his second outing introduces the Silurians. An underused and intriguing concept, the Silurians are a reptile based humanoid lifeform who were the dominant species on Earth many eons before mankind arrived on the scene. In the time coming up to a calamity that would destroy all life they sealed themselves in stasis deep under the surface. When the apocalypse scenario doesn’t occur and a fault occurs in their computer system the Silurians were left in stasis until disturbed by human mining activities…upon which they intend to reclaim their home.

Doctor Who and the Silurians opens with the Doctor, still unable to reactivate his TARDIS, instead ops to put his time into working on an antique yellow car that he dubs ‘Bessie’. The Doctor and Bessie join The Brig and Liz Shaw in investigating unusual reports coming from an underground science expedition. Upon arriving at the site everyone argues over who’s in charge and what their approach should be while the Silurians plan their attack on the humans who’ve taken over their planet. 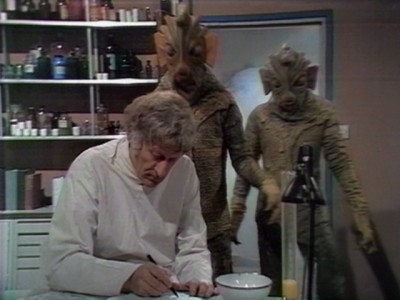 “Remember – you have to yell ‘surprise’ first…”

Given the length of the serial (7 episodes) there’s more padding then in most of the Third Doctors adventures. It takes a very long time for the story to start in earnest even after the Silurians have been revealed. The back and forth between the human agents is of little interest compared to the conflict between humans and the Silurians with The Doctor trying to find a peaceful way for the two species to co-exist. The final parts of the serial are eventually worth the payout, but it would’ve been a better story overall if focused more heavily on the Silurians and their biological warfare. 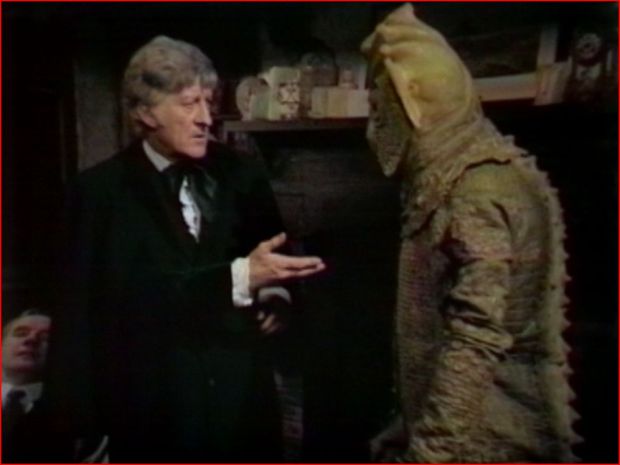 Note: Although the serial ‘Inferno’ has been available on DVD since 2006, it’s proven tricky to track down a new copy in the lead-up to the re-release of a remastered special edition later in the year. Review of this serial will be delayed until the SE is released.

Terror of the Autons

The Doctor’s plastic foes make a return – but this time they’re not alone. The opening serial of the second season of the third era not only sees the return of the Autons but the introduction of one of his greatest opponents – The Master. With the same love of being addressed by a title instead of a name, The Master is another time lord and very much nemesis to The Doctor. Just as smart and crafty as The Doctor and similarly equipped with a TARDIS his insanity and drive to wipe out The Doctor (the reasons for which are not made clear at the outset) makes him a worthy foe. The performance by Roger Delgado cements The Master as a great enemy, combining the diabolical with an easy charisma, creating a sociopathic character to rival the easy natured Doctor. 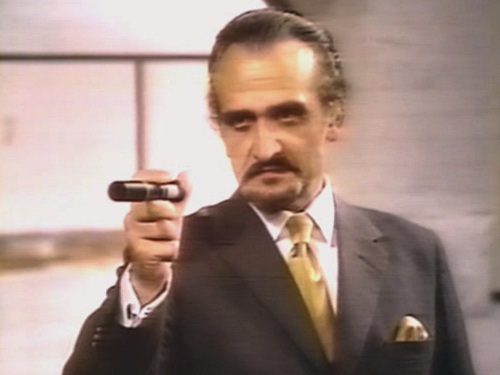 “Just add me to your list of people who can kick your pasty arse.”

The Doctor is still stranded on Earth and unable to repair the TARDIS. Continuing his work with UNIT he is provided with a new assistant to take the place of Liz Shaw. Jo Grant is a good natured and easy-going companion with a strong background of training. She can be scattered-brained or naïve but remains completely loyal to The Doctor. Jo Grant is a strong character that’s more interesting than her predecessor. 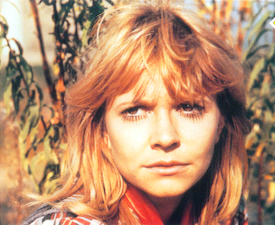 While The Doctor and Jo become acquainted The Master arrives on Earth in his TARDIS and begins taking over a plastics factory and large radar sites in order to initiate a full scale Auton invasion. With only four episodes to the serial it wastes little time in getting the ball rolling and it doesn’t let up. There’s plenty of action and intrigue and the introduction of a rivalry between The Doctor and The Master is genius. Well worth the watch. 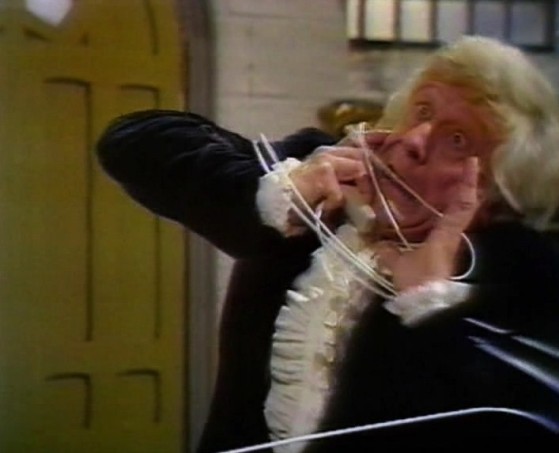 Why don’t we have cordless phones?!