Throughout history there have been many rumours about the secret societies that have existed around the world. The age of the internet has demystified what goes on behind the heavy doors of these clubs and, well, they weren’t as interesting as the rumours may have suggested. So forget those clubs of old fogies practising secret handshakes and wearing special aprons – instead consider membership in one of these awesome secret societies. Vote for the one you want to join at the bottom! 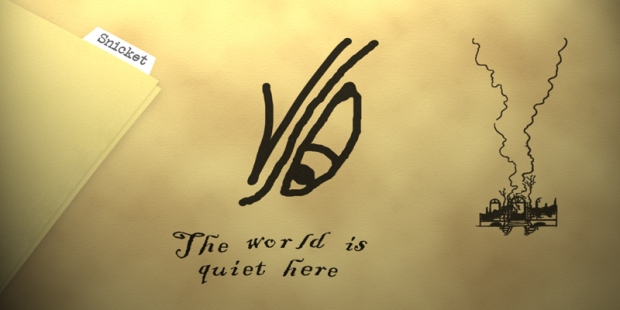 Seen In: Lemony Snicket’s A Series of Unfortunate Events

Who They Are: The true purpose behind the V.F.D. is almost a complete mystery. Even the acronym is shrouded in mystery (although it may stand for Volunteer Fire Department. It is believed that the group was founded to prevent fires, but expanded into fighting against metaphorical fires such as ignorance and injustice. Currently there exists two chapters to the group, one causing ‘fires’ while the original group fights them, with both sides of the conflict trying to obtain the contents of a sugar bowl.

Membership: A full roster of the society has never been disclosed. Most members of the V.F.D. join in early childhood and family ties exist in each chapter. Each member is an expert in their given field – botany, biology, cryptography and others. All members are expected to be well read and carry out intellectual pursuits.

What They Can Offer: In the battle to make the world peaceful and harmonious every member, or ‘Volunteer’, will be given extensive training in espionage techniques. This includes disguise making, code breaking and other skills. A classical education is also provided, and you will receive a brass telescope to symbolise your membership. The flip side is that you will be expected to take part in some illicit activities such as sabotage and animal conditioning. This is the group to join if you want to be an old school spy. 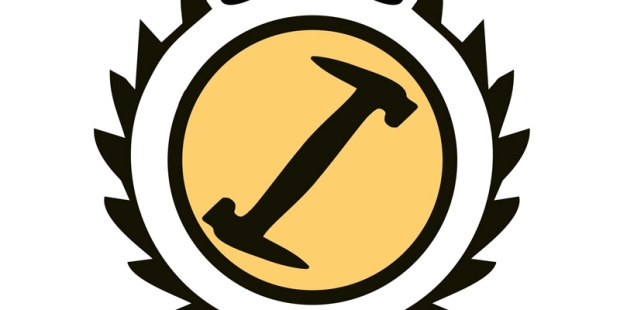 Seen In: The Simpsons

Who They Are: An international organisation with chapters in every town and city around the world. With origins in medieval times they have centred their beliefs and rituals around a sacred document that foretells the coming of a chosen leader. In the modern age they’re very much a boys club. Behind the robes and ritual they’re more about drinking, eating and bowling.

Membership: Although the Stonecutter numbers are extensive and include almost every male in Springfield they do have strict membership criteria. One can only be admitted by being the son of an existing member or saving the life of a Stonecutter. Once a member each person is assigned a number based on the order in which they joined, with that number denoting rank.

What They Can Offer: Members essentially help each other out, offering discounts and priority service to each other. Skipping dense traffic, waiting on service and perks in the workplace are all part of the deal.

THE MEN IN BLACK

Seen In: Men in Black comics and films.

Who They Are: Since the 1950s alien presence in the universe have been known to humankind, and the Earth borders have since been open for immigration. The Men in Black are a regularity body who control the borders and observe alien activity on Earth. When a hostile alien makes it to Earth, or one has had their visa expire, the MiB are responsible for bringing them in.

Membership: Potential applicants are brought in from various military and law enforcement agencies and put through a rigorous testing session to choose the best candidate. Potential members are not informed of what they’re testing for until they are accepted, and those who don’t make the cut have their mind wiped. Successful members have their past expunged from the records, and have their fingerprints and other identifying features removed before being assigned a letter as a name.

What They Can Offer: In addition to mind control technologies and advanced weaponry and vehicles the members of the Men in Black are privy to the greatest secrets of the Earth and the galaxy. New members have expressed a renewed sense of life after learning that everything that hasn’t made sense in their life can be explained.

THE ORDER OF THE PHOENIX

Who They Are: A group of wizards and witches who formed a covert operation to battle against the Dark Lord Voldemort and his Death Eaters. At a time in recent history where it was difficult for people to know who they could completely trust the Order of the Phoenix operated largely in secret to protect others.

Membership: Although any wizard or witch who was prepared to make a stand against the forces of evil were welcome to take up membership, the issue of trust was a primary factor in opening the doors. Membership runs along family lines for this reason.

What They Can Offer: Protection against the Death Eaters is the primary reason for joining, but it does put you in the company of some of the most powerful magic users in the world. Even a beginner will be able to enhance their skills and access artefacts they wouldn’t normally be able to use. 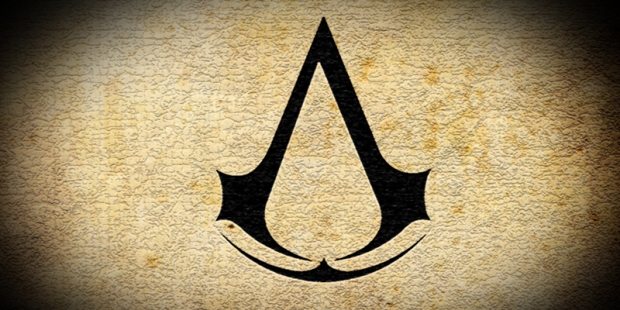 Seen In: The Assassin’s Creed franchise.

Who They Are: Throughout human history the Assassins have been an elite group of warriors trained to blend into larger populations and cities. Their mission is to protect the innocent while seeking out the powerful and ancient artefacts called the ‘Pieces of Eden’. Through the generations the Assassins have been locked in an ongoing conflict against the Templars, who seek the Pieces of Eden to control the world.

Membership: The Assassins take up anyone who is willing to raise arms against the Templars, training them to fight and uphold the creed. At different times throughout history the number of active Assassins have swayed from a couple to a couple thousand.

What They Can Offer: Trendy hoodies that remain in fashion no matter the era. Access to specialty weapons including their trademark hidden wrist blade and da Vinci’s designs. All members are trained in stealth, subterfuge and assassination. When a Piece of Eden is found they have supernatural powers at hand.

Seen In: Televisions series Torchwood and Doctor Who.

Who They Are: Similar to the Men in Black they defend the Earth from alien invasions. What sets them apart is that they don’t manage immigration, they were established by the British government, work on a lower budget and have smaller, independent cells operating in different locations. The public also have some awareness of Torchwood’s existence and operations.

Membership: Torchwood recruits new members from a range of specialty fields including law enforcement, science, medicine, engineering and information technolog. Suitable candidates are approached by the commander of a cell for recruitment. If the candidate refuses the offer they are slipped an amnesia pill.

What They Can Offer: Being a member of Torchwood is more like a job than a clubhouse, but it comes with benefits. You gain access to technologies well out the range of human understanding. This is less weapon focused and more along the lines of technological hacks, pheromone control, mind manipulation and similar abilities. Plus they have a pterodactyl.

Seen In: Buffy the Vampire Slayer

Who They Are: A collection of highly trained and intellectual figures who track demonic activity across the globe. They have taken up the role of holding back the forces of Hell from taking over the Earth, primarily by locating and training the girls chosen as Slayers. Outside of some ability in combat and magic they rarely take a head-on approach to fighting their enemy.

Membership: Candidates are selected from the British school system and enrolled into a private school instead of attending university. There they receive specialised education in combat, magic and the secret history of the demon and slayer world. The highest achieving Watchers are assigned to future or current Slayers, to train, support and mentor them. Membership is for life.

What They Can Offer: Insight into the world of demons and magic. Access to a range of medieval weapons with training, and magic.

THE EVIL LEAGUE OF EVIL 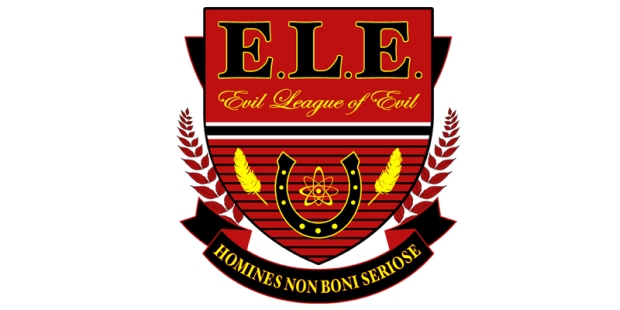 Who They Are: A council of the most feared and dangerous super-villains ever assembled by the malevolent Bad Horse. The League is only a small group but they command the respect and loyalty of all known super-villains. They have some affiliated groups, such as the League of Side-Kicks, who answer to them.

Membership: Aspiring villains can submit an application to the League though they are particular about who they respond to. Once an application has been accepted the League will observe some of the villains crimes to see if they are suitable. Murder is something that all hopefuls should aim for. Failure to comply with their application process can lead to them turning against the potential member.

What They Can Offer: Respect from all other villains comes automatically with membership into the League. It increases public profile and provides extra resources to villains with grand ideas. The biggest bonus is working alongside such illustrious members as Bad Horse, Fake Thomas Jefferson, Professor Normal and Dead Bowie

THE LEAGUE OF ASSASSINS 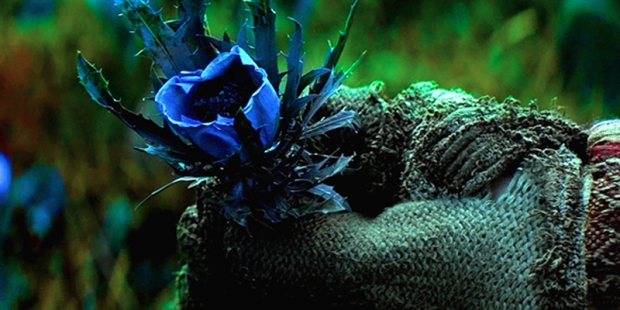 Seen In: Various Batman media, sometimes referred to as the ‘League of Shadows’.

Who They Are: The most dangerous and feared killers in the world. Founded by Ra’s al Ghul the members of the League are expected to lay down their lives in order to protect their secrets and their leader. They hold an immensely high level of professionalism for their members – when one member fails to kill their target they get targeted by the rest of the League.

Membership: Any assassin who has proven their worth can bid for membership, or are personally selected by Ra’s or Talia al Ghul. The organisation in comprised of two groups. The inner circle is comprised of the world’s deadliest assassins and are privy to Ra’s secrets while the outer circle is made up of legions of foot soldiers.

What They Can Offer: In addition to the weapons, training and magics afforded by the mysterious Ra’s al Ghul the League of Assassins has acces to multiple Lazarus Pits across the globe. These allow select members to resurrect themselves after death.

Who They Are: The full name is Special Executive for Counter-intelligence, Terrorism, Revenge and Extortion, and the name pretty much spells out what they do. The collective of evil characters is led by Ernst Stavro Blofeld, MI6’s arch-enemy, and have the goal of controlling the global criminal market for commercial purposes. Their combined resources allow them to pursue grand, international schemes.

Membership: The inner circle of SPECTRE is an exclusive group of powerful and resourceful criminals, gangsters and corporate leaders. Each is assigned a number rather than being referred to by name. Blofeld is #1 and there can be up to 21 members in total including Dr. No, Largo, Rosa Klepp and others. They also employ a large number of soldiers, henchmen and assassins.

What They Can Offer: Whether your grand plan involves stealing spaceships mid-orbit, playing chess with unwitting spies or simply out to pull off a staggeringly large heist SPECTRE can supply the resources to do so. Volcano bases, giant yachts, space shuttles, laser weapons and an endless supply of expendable henchmen – they have it all.

7 thoughts on “10 Fictional Secret Organisations You Want to Join”