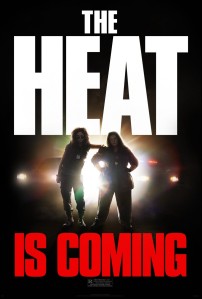 Plot: A stuffy FBI agent follows a lead to Boston and teams up with a grungy local detective.

Practically all comedic actors have the same problem. The longer they work, the more derivative they become. Jim Carrey. Adam Sandler. Will Ferrell. It happens all the time. I don’t think it has ever happened faster than with Melissa McCarthy, who the general public seemed to fall in love with and then immediately dislike after her very hilarious turn in Bridesmaids (also directed by Paul Feig). It’s kind of odd since I feel like she hasn’t worked that much. She had small roles in This is 40 and The Hangover Part III. Identity Thief was a bust, but that’s exactly the kind of lazy comedy you would expect a studio to make just to get this really popular name back in the theaters as soon as possible. I guess it must be coming down to her TV show, “Mike and Molly,” which I try to avoid since most CBS sitcoms are basically Chuck Lorre playing mad libs with older sitcom set-ups. I was hoping that maybe a return to the screen with the director who shot her to fame might help out a little, but sadly that is not the case. 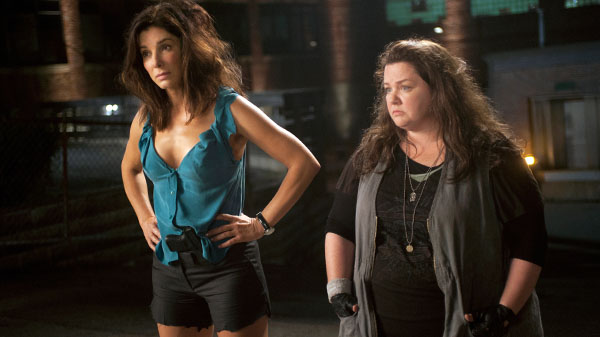 She plays a brutish Boston cop, Mullins, who is much smarter than she looks, but she still relies on her fists and her vulgar language. She is the exact opposite of Sandra Bullock’s Ashburn. Ashburn is an FBI agent not well liked in the bureau for being very uptight, rigid, and a know it all. If you took both these characters and smashed them together, you would probably get Bullock’s character from Miss Congeniality. The irony is they would finally be a REAL 3-dimensional character rather than 2 seemingly unfinished personas.

Being a buddy cop comedy, you could get by without having extremely well-developed characters. Plenty have in the past, but it simply doesn’t work here, mostly because Bullock and McCarthy are missing chemistry, the key element of any good buddy cop movie. The director seems to almost tease us with how little chemistry they actually have together. The script is very wordy. Every conversation that these 2 have seem to take much more time than it really has to. It seems like they are trying to capture that Judd Apatow/Seth Rogen conversationalist humor but fail miserably at it. McCarthy seems much better with doing less is more. Her quick jabs at Bullock’s expense were probably the only funny part of the movie. That and McCarthy’s Yosemite Sam freakouts which, from personal experience, is very Bostonian.

It is too bad that these 2 struggle through the over-written mess because once there is room for a dramatic moment, they handle it with ease, especially McCarthy, who also added a very small sense of drama to the ending of Identity Thief, an even worse movie than this.

What Else to Watch: Pretty much any of these 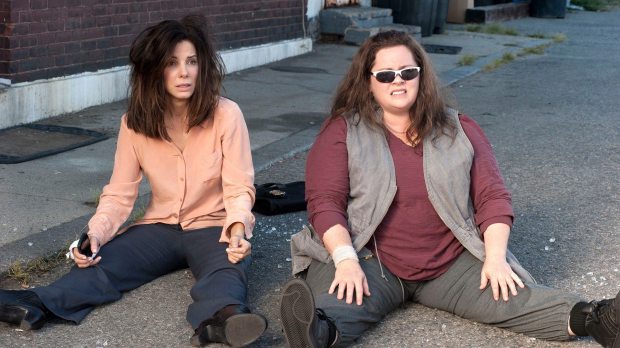 ← A Guide to the Tradition of Game Night
Retro Review: ‘Superman Returns’ →