Getting the DC Cinematic Universe in Order

In recent times Warner Bros. has made no secret that they want to emulate Marvel’s success and creative a cohesive movie universe for their DC Comics properties. Unfortunately their efforts in this have been less than smooth, but with the success of the Man of Steel they have a new found hope in this endeavor and are introducing a new Batman to this universe in the upcoming sequel. But these are only baby steps (which granted baby steps can be good if it means they get it right) and with Christopher Nolan no longer overseeing the Bat Films and Green Lantern not being to stop the Blackest Night of mediocrity, the studio has a long way to go. Because I am a huge DC fan I am offering the studio my thoughts on how to create a cinematic world to rival the House of Ideas. 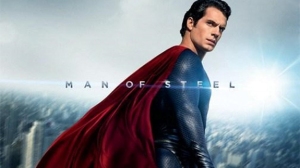 Appoint a Figurehead: Up until now the films based on DC properties have been the product of several different filmmakers and producers. From Nolan’s Dark Knight trilogy to Singer’s attempted reboot of Superman to Snyder’s successful reboot of Superman to the largely corporate mandated Green Lantern. While at their competition Kevin Feige serves as President of Production at Marvel Studios, he is the single man who oversees the universe and makes sure that each property they adapt stays true to the source material while ensuring it has what it needs to big a box office hit. It would very beneficial to Warner Bros. to establish a single figurehead over their DC films in order to ensure quality; someone who not only loves and understands the characters but also knows how to adapt them properly. Personally I believe Bruce Timm has the qualities necessary to fill this role, in the world of animation he made turned characters from Batman to Static Shock into television gold.  I would say that the powers that be should give him a shot with their live action films. 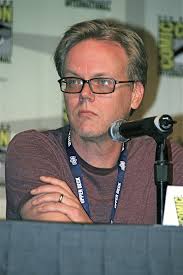 Wonder Woman the Movie: You have had success with Batman and Superman so naturally the powers that be should follow it up with the third most popular property they have, the most popular female hero of them all Wonder Woman. For years they have bemoaned many factors which prevent them from going ahead with this; all of which are pathetic excuses. Marvel proved with Thor that a super hero film with a fantasy epic setting works very well, and the Amazonian Princess is MUCH more iconic and recognizable to average moviegoers than the God of Thunder. They also point out the string of female led super hero flicks which have been abysmal failures, all the while failing to see that the real problem with movies like; Catwoman and Elektra was that they flat out sucked not that they had a female lead. All they need to do is find the right director and get a screenplay written by Gail Simone and they can sit back and watch the success happen. 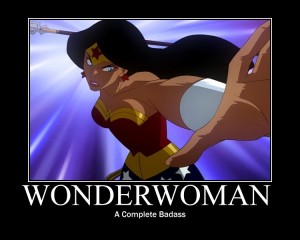 Find the Right Directors for the Right Projects: For my money the key to Marvel’s success is that in order to bring their characters to the screen they have found the director’s who’s strengths were a fit for a particular film. Joe Johnson has a knack for nostalgic feel-good flicks so they put him on Captain America;  Joss Whedon despite only having one motion picture to his name has proven his skill with ensemble casts so he was a natural fit for the Avengers. Most recently James Gunn has done a weird off beat sci-fi flick with Slither and an weird off beat super hero flick with Super so why not let him do a weird off-beat sci-fi film with super heroes? At DC they had the bright idea to put Martin Campbell, the man behind such down to earth realistic works like; Edge of Darkness and Casino Royale would be a natural at a wild space epic like Green Lantern.  They got it right with the likes of Zack Snyder bringing his FX heavy epic scope stylings to Superman or Christopher Nolan’s dark and cerebral take on the Dark Knight. This is the method they must utilize on all of their properties. 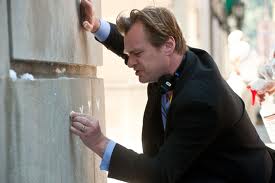 Understand the Property: A couple of years ago, Warner bros suffered an embarrassment by trying to turn Jonah Hex into a Wild, Wild, West knock off. I find it odd that it looks like the people who made a Jonah Hex movie had never read a comic with the disfigured anti-hero and completely ignored the gritty and violent take on the character that Justin Grey and Jimmy Palmiotti have been giving us for the past several years.  Likewise when Brian Singer wanted to give audiences a Superman movie that was nothing more than a $200 million tribute to Richard Donner, someone should have spoken up. Basically if the people at the top don’t know anything about the characters how can they find the right filmmakers to bring them to the big screen. With the Dark Knight Trilogy, Christopher Nolan proved that if the filmmaker understood the character they were adapting and took it seriously they were bound to make a memorable film. 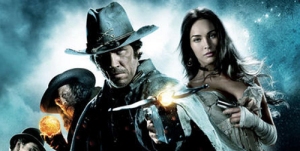 Do it Right Not Fast: It is a forgone conclusion at this point that Marvel Studios is years ahead of DC in terms of movie production. Rather than rushing movies out to catch up with their competition they should take their time and make sure the quality of their flicks is up to par. With Superman the only certainty in their brave new world, they need to make sure that the other heroes they bring to the silver screen are done properly so that the likes of the Flash and Aquaman can also be memorable and exciting. Audiences proved with Green Lantern and Jonah Hex that they can sense movies that are (sometimes)  a blatant cash grab and they avoid it in droves.

Do Not Ignore Green Lantern: The first theatrical outing of the Emerald Ring Slinger was not at all what the studio was hoping for I’m sure, but in my humble opinion the best thing for them to do is suck it up and press on. When the Incredible Hulk did not live up to expectations, Marvel still utilized him in the Avengers and it paid off greatly. Another lesson they could take from the Hulk concerning this property is following their lead with a pseudo-sequel/reboot much like the way they followed Ang Lee’s Hulk with the Incredible Hulk. In this manner, another Green Lantern film could be approachable to those who missed the first one, yet it leaves the door open for  Ryan Renyold’s take on the character to still be in continuity.

Do Not Put all the Focus on Mainstream Superheroes: Every fan out there wants to see a cool movie with; Superman, Wonder Woman, or the Flash; but that does not mean that those characters should be their only focus. One of the strengths of the New 52, is that in addition to the traditional capes and cowls, they introduced new books of the; science fiction, western, and horror variety. I see no reason they should not take this approach with their films by adapting comics such as; I Vampire or Team Seven and pressing forward with the Guillmero del Toro’s Justice League Dark. Likewise they could take risks on lesser known characters like; the Question or Mr. Terrific because with the right people in place there is no reason they could not succeed in cinematic form. They could also draw on the characters and stories from imprints such as; Vertigo or Milestone. The DC Universe on paper is rich and varied I see no reason why the DC Movie Universe should be any different. 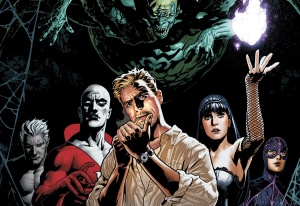 Do Not Forget TV:  One medium that DC has traditionally beaten Marvel at was television. From The Adventures of Superman to Batman: the Animated Series  to Smallville the characters of DC have held the upper hand over their competition.  But with their cinematic success Marvel is hoping to shake things up with the upcoming Agents of SHIELD. This means Warner Bros. has to step up their game to once again prove  who the dominant company is on the small screen. With the success of Arrow leading to the hopes of a spin-off featuring the Flash they should find ways to perhaps tie these shows into the larger universe. Meanwhile they should look for new shows to develop based on their comics like; Gotham Central, Constantine, Checkmate or Vertigo’s American Vampire. 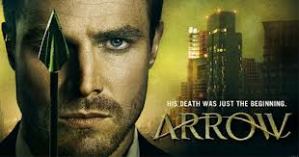 7 thoughts on “Getting the DC Cinematic Universe in Order”