Plot: In a post apocalyptic world over-run with zombies, one undead shuffler is unable to accept his role in the world. When he meets a resistance fighter and falls in love they develop a relationship that could hold the cure for the epidemic.

Review: Zombie boy and human girl fall in love. Right. Once you’re done with all the rigor mortis jokes I guess there’s a story in there so long as the ground rules are laid out. It’s not like you can take the traditional zombie, which is a dead body that has mindlessly risen from the grave with a craving for human flesh, and expect audiences to go along with the idea that this could be a genuine love story. Except that’s totally what they just did. 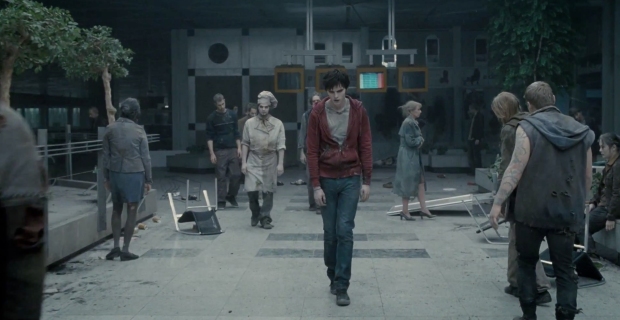 The movie begins with the zombie, the one figure with a personality in an apocalyptic wasteland, collecting up knick-knacks and storing them in a big storage unit. His sense of loneliness is finally relieved with the arrival of a girl from a more advanced society who, while initially hostile, is drawn in by their collection of garbage and takes him back to their world. It’s like WALL-E without the wit and charm.

If you’ve seen the trailer you’ve already seen the best moments the movie has to offer. There are a couple of laughs to be had and some action, but these parts of the movie don’t extend far beyond what you saw in the trailer. The impression we had going into this movie was one with a heavier emphasis on comedy, which would make the basic concept much easier to go along with, but they play it disappointingly straight. Not a good idea with dealing with a zombie romance. 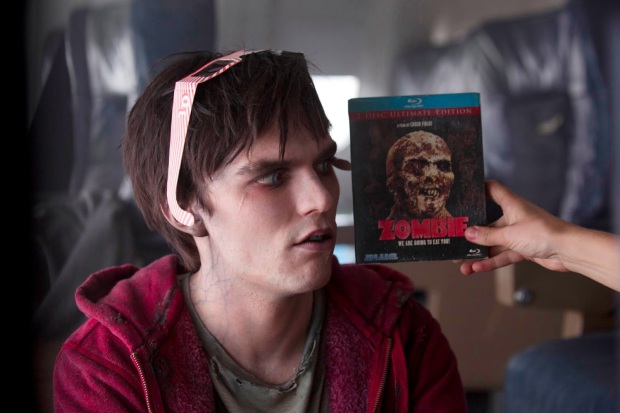 Can we watch that one instead?

I was all down for the potential that this movie held, but it asks far to much of the viewer to make it work. There are frequent leaps of logic and character behaviour and it becomes much to much to accept on face value. When R, the zombie, meets the girl, Julie, it’s in the middle of an attack and Julie spends the entire film re-affirming that he saved her life and that makes him different. He did save her life, but it was within MINUTES of eating her boyfriends brain. Literally minutes, literally eating his brain. He claims to feel conflicted about this, but it doesn’t stop him from saving some for later.

It is only hours later that Julie comes around to treating R like a friend even though she has spent her life being conditioned and trained to kill zombies and he had JUST eaten her boyfriends brain. They dance together in a jolly manner. At this point he is still hanging onto her boyfriends brain. Ok, maybe he’s a jackass boyfriend and she felt trapped in the relationship. Except…every time R eats his brain we get a flashback to how great Julie and Boyfriend had things over the years. It’s difficult to accept that she is so quick to forget her lobotomised boyfriend and hook up with the man doing the lobotomy. 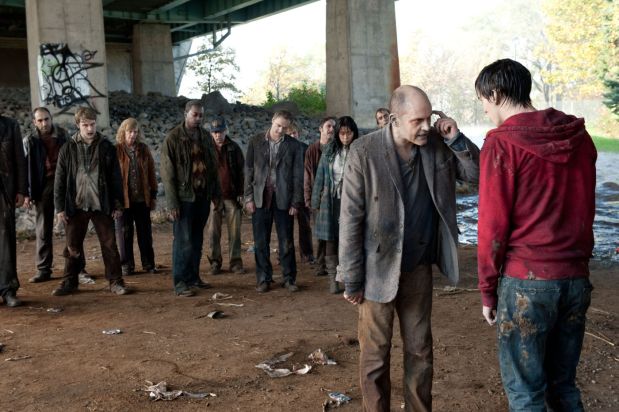 Pointing out something the writers didn’t use.

If this massive suspension of disbelief is in the trash the rest of the movie sits there and ferments. A stronger focus on the comedy may have saved it, but instead with get a mismatch of horror and romance that has no grounding. What the trailer showed us was a sharp edged horror comedy back by the Black Keys…the final film gave us a zombie getting a make-over montage.