Throughout cinematic history the horror genre has always served as a dark mirror of sorts, forcing society to look at what scares them most. No matter what dread or terror lingers in the minds of moviegoers, horror filmmakers have had the innate ability to find out what they are and force the audience to confront those fears. For further exploration of this here is my list of the most socially relevant horror films.

Dracula: It was 1931, and the Great Depression had settled in driving people into economic despair. All the while in Europe political turmoil was setting in presenting a dark omen of things to come. In cinemas, a novel by Bram Stoker was adapted to find a new and more contemporary audience. Dracula told the story of an aristocrat from Eastern Europe who left his homeland for a new killing field. The picture was a hit, not only because it gave American filmgoers their first taste of the supernatural on film, it also presented them with a hyper realized look at the world. The monster in this horror picture, was not the gaunt old man from the original novel, he was instead suave, blue blooded character. Count Dracula personified the fears of millions that the real monster to be afraid of was those in power across the Atlantic who seemed to be prepping for a second World War. Not only did the infamous vampire prey on their fears of the foreign menace, it also forced Americans to face their own worries at home at the economic disparity caused by those of wealth and power feeding on the populace. Dracula inspired a new era in horror which continued through the 1930’s and 1940’s.

Invasion of the Body Snatchers: World War II had come to an end and a new conflict was beginning, one unlike any other conflict the world had ever seen before. With a stockpile of weapons held by both the United States and the Soviet Union the two remaining super powers in the world were forced into a stalemate. In the United States the fear that Soviet sympathizing Communists were infiltrating various aspects of society became very real. As throughout human history when the populace is up in arms over something there are those more than willing to prey on it, chief among them Joseph McCarthy. This conflict was brought to the big screen perfectly in the 1956 film Invasion of the Body Snatchers. In the picture Miles Bennell uncovers a conspiracy in his California town, in which the citizens were being replaced  by Pod People. Invasion of the Body Snatchers was hailed both by those who feared the Red Menace as well as those who thought McCarthy was nothing short of a fear monger. Arguably no other film of this era best encapsulated the paranoia and zeitgeist of the Cold War. The themes presented by the movie are so universal that the story continues to enthrall movie goers and has received multiple remakes over the years for following generations. Perhaps the finest remake of the movie came in 1978, featuring Donald Sutherland, which included a clever cameo from the original star Kevin McCarthy, seemingly running from the previous movie to a more modern time to warn of the impending doom.

Psycho: As the progressed in Post-War America, people began to learn that, perhaps the greatest threat to their safety was not a man in the Kremlin, but rather the nice guy next door. Considered by many to be Alfred Hitchcock’s definitive picture as well as the launching pad of the modern American horror film, which changed the genre forever. Psycho, eschewed the science fiction themed horror which had been so prevalent at the time in favor of a monster who looked like the average person you would pass on the street. There were no stunt men in rubber monster suits with grand schemes, instead audiences were terrified of nice and normal Norman Bates who disposed of his victims in a quick and brutal manner. 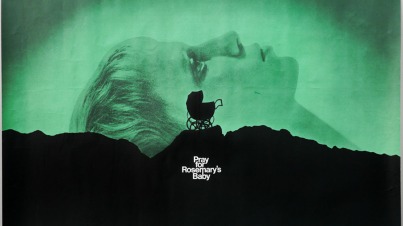 Rosemary’s Baby: If Psycho was the pioneer of the modern horror film, Rosemary’s Baby was the picture that solidified the new direction the genre was headed in. It represented a changing of the guard as the picture was originally supposed to be made by horror legend, Roger Corman featuring frequent collaborator Vincent Price. Instead the studio decided to switch gears from an all out horror flick to a more cerebral horror film to be helmed by the auteur Roman Polanski. Polanski used Rosemary’s Baby to dissect the nuclear family and its shortcomings.

Night of the Living Dead: In 1968, George Romero made a monster movie for a new generation. No longer was the creature stalking the countryside in a far off European land, instead they were right in our backyard attacking the safety of  suburbia like a swarm. In the first installment in one of the most popular film franchises of all time, a group of believable and diverse survivors find themselves at battle with the undead. In a time when race relations were tense at best, Romero made a bold statement by casting an African American actor as the protagonist who took on the leadership role in the faction. Romero brought audiences a new kind of zombie, a creature who joined others like it to form a mindless horde focused only on feasting. This was the ideal obstacle for a group made up of people from various walks of life; pitting the overwhelming power of homogeneity against diversity. At the conclusion of the picture audiences were shocked when the heroic Ben survived the night only to be gunned down by those who were to be his salvation, showing audiences that in this new age of horror nobody was safe. 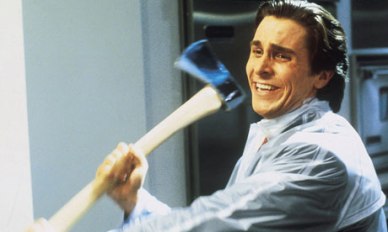 American Psycho: In the 1980’s things were changing; Ronald Reagan and Margaret Thatcher led a huge swing to the right politically and socially, and greed became trendy. This new atmosphere led to a new professional class rising up during this era, the yuppie, young professional so focused on their quest for money and power that they lose any sense of empathy. The fact that these yuppies would happily trade their souls in the pursuit of wealth, made them a prime target for dark satire; and in the cult classic, American Psycho, Christian Bale gives a stellar performance portraying the extreme of the young professional. In a film that walks the fine line between horror and black comedy, we are introduced to Patrick Bateman a remorseless killer parading as a businessman. In many ways Bateman is scarier than the likes of Jason or Michael, because he does not kill with a purpose, but rather for his own amusement.

Candyman: Following the pretentious morality of the 1980’s a time of moral ambiguity seemed to settle in in the decade which followed. One of the most popular world leaders was a notorious lying adulterer; one of the most beloved athletes was a beer drinking rebel who shot his middle finger at authority; and the modern horror movie monsters were strangely likable. One of the most popular horrors on the silver screen in this era was, Candyman; a single movie which explored; race relations, poverty, and folklore. When an eager graduate student delves into the slums of Chicago, she finds a world she was not ready for and it haunts her in the form of a hook handed killer. Candyman is a film that shows the socioeconomic disparity which exists in an unblinking fashion through the lens of horror and it is bound to haunt audiences long after it is over.