The Weirdest Pieces of Murderabilia

When most people decide to start a collection, it is often something like; stamps, comic books, or baseball cards. But there are a few people who want nothing to do with mundane collectibles like these and partake in gathering up as many pieces of so-called murderabilia. For the normals on this site this was a term coined by an investigator in Houston, referring to items used and/or owned by murderers. The more famous the killer the better. Naturally with such a disturbing, and horrific industry, collectors have ended up with objects which leave people to wonder why they would spend money on such things.

BTK Killer Envelope Artwork: Dennis Rader was one of the most notorious serial killers of all time. Focusing within the community of Sedgwick County, Kentucky, and becoming the Moriarty to the Sherlock Holmes of legendary FBI Profiler John Douglas, Rader often sent letters to authorities signing them with the three letters BTK; Bind, Torture, Kill. Once he was apprehended several decades after he began his evil hobby, he claimed an outside force he dubbed Factor X was forcing him to kill. For the sum of $3000.00, one muderabilia collector obtained an envelope that Rader drew a picture of the monster he claimed was Factor X. For those who do not have three grand lying around to blow,  regular envelopes owned by the sadistic killer were also available in the same auction.

Dirt from John Wayne Gacy’s Crawlspace: Little did the citizens of Norwood Park, Illinois know, that the jolly man who entertained children as Pogo the Clown, was actually a vicious killer with 33 victims to his name. On the surface a model citizen, John Wayne Gacy, needed a place to store the bodies of his victims so they would not be discovered. As expected the smell was atrocious, but he told his naive wife it was simply rats in the crawlspace (though what self respecting wife wouldn’t force her husband to clean that mess out?). While many murderabilia collectors have become fond of collecting artwork from the infamous murderer, someone in 2000 purchased four vials of what was allegedly dirt from this crawlspace. Though it was never confirmed to be authentic, the fact that someone would want to own the dirt that a serial killer buried his victims in should give a cold chill to anyone. 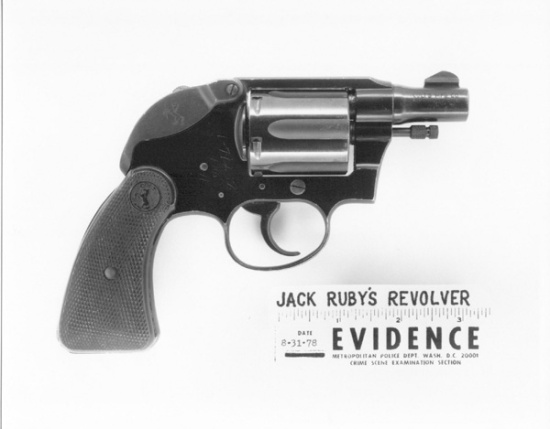 Jack Ruby’s Gun: This is one of the cases where an item blurs the line between a piece of murderabilia as well as a piece of history. In November of 1963 the world was forever changed when, President John F. Kennedy was allegedly assassinated by Lee Harvey Oswald. As questions and theories abounded as to what actually happened, the man who took the fall never got the chance to tell his side of the story as Dallas nightclub owner Jack Ruby gunned him down with a Colt Cobra. After Ruby’s death, many fought over ownership of the gun he did the deed with and eventually it ended up in the hands of a Miami real estate developer. The last time this weapon was up for grabs, it was auctioned off with a host of other pop culture treasures for over $2 million.

Ted Bundy Christmas Card: Charming, charismatic, and handsome, Ted Bundy was very popular and like most people during that special time of year, Bundy had to send out Christmas cards to; friends, family, and acquaintances. Although one has to wonder what the recipients of these pieces of holiday cheer thought, when it was uncovered that Bundy; kidnapped, raped, and murdered at least thirty women. At least a couple of them decided to put these cards on the market for some strange reason. Sure enough over the years Christmas cards signed by the Lady Killer himself have sold for between $3000.00-$5000.00 on various murderabilia sites. 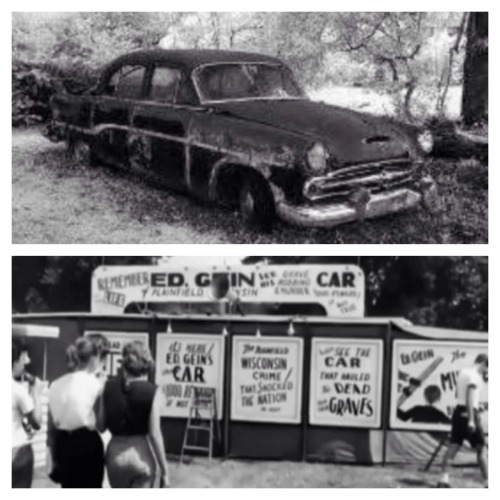 Ed Gein Ghoul Car: Hidden from the rest of the world in the sleepy town of Plainfield, Wisconsin, Ed Gein lived in an absolute house of horrors. This seemingly meek and eccentric handyman was; a murderer, grave robber, cannibal, and all around ghoul.When his crimes were discovered Gein became a media sensation. With no family members his personal items became up for the grabs in an odd way as people looked to cash in on the Ghoul of Plainfield. The most famous item of his was easily, his old Ford Sedan which was purchased by sideshow host Bunny Gibbons, who toured the country with this automobile. For a quarter a gander, curiosity seekers interested in the morbid could behold the car he transported corpses from the graveyard to his home in. For those wondering if people are still cashing in on the legacy of Gein look no further than Psycho, Silence of the Lambs, and the Texas Chainsaw Massacre, three horror franchises which were inspired by his crimes.

3 thoughts on “The Weirdest Pieces of Murderabilia”