It was revealed during Comic Con this year that Season 3 of “Hannibal” will cover elements of Hannibal and Red Dragon, including Francis Dolarhyde, aka The Tooth Fairy. If they get a Season 4, they will cover Silence of the Lambs, which means enter Clarice Starling (or whatever Starling surrogate Fuller comes up with since Starling is currently licensed by Lifetime). Showrunner Bryan Fuller originally had a 7-year plan. Season 4 was going to be Red Dragon, with Silence and Hannibal getting consecutive seasons after that with a final season that would be a conclusion to the Hannibal book’s cliffhanger. It seems to me that the poor ratings forced Fuller’s hand. Now, by completing Red Dragon with season 3, at least Will Graham’s story can have a conclusion, and if we get a Starling, it will be a nice bonus.

Anyway, as soon as they dump that info that fan favorite characters are coming to the series, I cannot help but treat it like a gauntlet. Like I have to throw my ideas for casting out there. 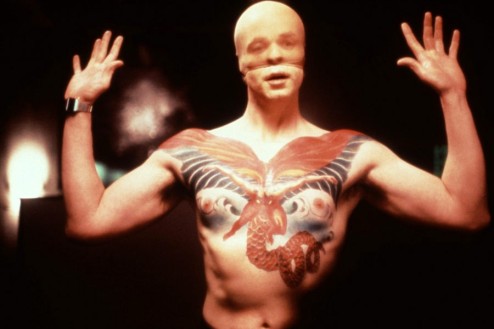 A quick overview of the character: Dolarhyde is a serial killer who targets entire families. His nickname, The Tooth Fairy, is due to his fixation with biting his victims, and he refers to his darker side as “The Great Red Dragon” after the William Blake painting. He was abandoned by his parents when he was young living in orphanages until he was taken in by his abusive grandmother. He enlists in the Army. He is described as a bodybuilder good enough to compete even into his 40s.

My number one choice would be Kevin Durand (Mystery Alaska). I heard a rumor that he was actually losing weight because he was sick of being considered for big goon roles, but as one of the few larger actors who can ACTUALLY act, it seems like a loss. The best thing he could bring to the role is the amount of vulnerability that he is capable of, which contrasts nicely to his size. Ralph Fiennes, who played the character in 2002’s Red Dragon, played the character with a similar kind of vulnerability suffering from mental illness. One big problem (an it is the same problem with my number 1 choice for Clarice Starling), he is probably going to be way too busy with another TV show to commit to “Hannibal,” that show being “The Strain.”

I think another good choice would be a guy who is really good at both drama and comedy, Garrett Dillahunt. He’s no body builder, but he is incredibly fit for pushing 50 and is pretty tall (6′ 2″). His success at both drama and comedy is important to me because I think successful and entertaining serial killers depictions come from people who can do both. The improvisation aspect of comedy lends itself to a feeling of impulsiveness and spontaneity, but the Tooth Fairy is a shark. He is quiet and graceful until he attacks, and Dillahunt carries with him a great sense of screen presence. He doesn’t steal the spotlight. He magnifies it, secretly, without you noticing. That has pigeon-holed him as a character actor, but he is an indemand supporting actor by insiders. Brad Pitt once offered to guest-star on his show (“Book of Daniel”) just so they would give Dillahunt the time to appear in Assassination of Jesse James. 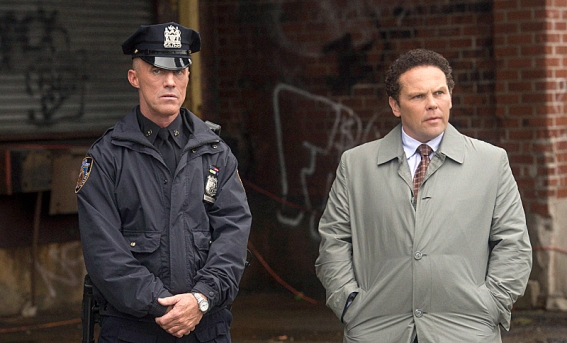 A dark horse pick would be Robert John Burke. He is an actor that I have really come to like. He is known for playing badasses. He took over for Peter Weller in Robocop 3 (not the best example), played a monster in No Such Thing, and played one of the most badass priests you’d ever see in fiction on “Rescue Me.” He has this deep booming voice that makes him seem scary even during small talk. He is not the tallest or biggest dude, but he definitely makes it up with screen presence and a more primal fear factor. He has a 3rd degree black belt in Matsubayashi Shorin-ryu Okinawan Karate, is a volunteer fire fighter who spent many days at Ground Zero of the 9/11 attack, and according to actor Donal Logue, Wesley Snipes told him “Bobby Burke… that guy’s stronger than anybody I’ve ever met. If I throw anything at him, he’d just bend me up into a ball. That guy’s got gorilla strength.” 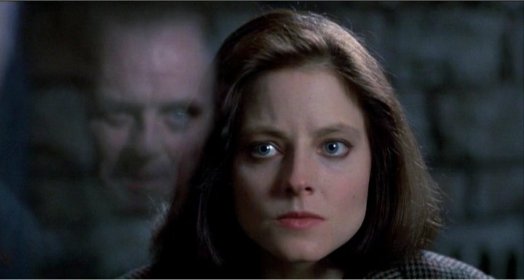 Jodie Foster as Clarice Starling in Silence of the Lambs

Clarice reminds me a lot of Ellen Ripley in the first Alien. She is young and nubile, catching the eye of the superiors and peers helping her solve her case. This doesn’t stop her from being intelligent, observant, and brave, although many of her supporting players seem to have their doubts. When Jodie Foster portrayed her in Silence of the Lambs, she was about 30, and the character herself is still a student in the FBI academy. A quick google search seems to pinpoint the average age of FBI students as about 30 as well, so I tried to keep that in mind.

Just like Kevin Durand, my favorite choice for Starling, Tatiana Maslany, is an actress who will already be too busy with her other TV show, “Orphan Black.”  There is always a chance that she might be able to do both though. Maslany is definitely one of the most promising young actresses working today. By playing the lead in a clone drama, she has essentially crafted a complete talent reel with one project. She has already played characters that are predominantly street-savvy, naive, intelligent, and fearless, a checklist of attributes that make up Starling’s character.

If not Maslany, I would really like to see Brit Maring take on the role. She has really snuck on to the scene. She hasn’t gained a lot of notoriety, but that should not reflect on the level of quality of her work. She really deserves a big role like this that might push her into the spotlight ever so slightly.  Between Another Earth and Sound of my Voice, she definitely has the chops. They are both some of the more dynamic performances in a long time following in the footsteps of many of the deep, understated performances that the best actors of her generation have been giving lately. 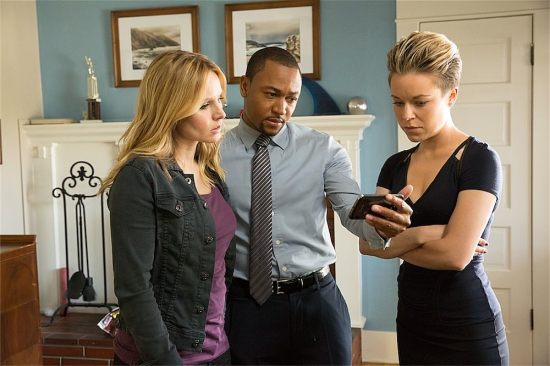 There’s a lot fo young actresses working today that could probably do the role justice, but because I decided to go with a third dark horse choice for Dolarhyde, I figured I would skip a lot of obvious choices for a not so obvious one: Tina Majorino. I was never a big fan of Napoleon Dynamite, but I really loved “Veronica Mars.” If there was any actor on the show that I think should have the surprising breakthrough performer it would have been Majorino. Her sarcastic computer whiz “gal Friday” to Kristen Bell’s would-be private eye was endlessly entertaining and useful. Never just a exposition tool, but always the perfect foil for the equally witty members of Team Mars Investigations. I would love for her to take on a heavier more active role like that of Starling.

← 5 Strange Choices for Marvel Studios to Bet on Next
Table Top Review: ‘Risk: The Dalek Invasion of Earth’ →