Movie Review: ‘A Most Wanted Man’

Story: A bedraggled and near-dead Chechen/Russian refugee arrives in the German city of Hamburg and comes to the attention of a covert anti-terrorist unit led by the booze soaked  Günther Bachmann. He enters into a game of wits with the CIA and refugee lawyer Annabel Richter in order to manipulate the tortured immigrant to their own end.

Review: This is very much a slow burn political thriller. A lot of information and characters get dropped onto the screen and their place in the story isn’t apparent under later in the film. Unlike better known spy franchises like the 007 and Bourne series this movie doesn’t put the fate of the world at risk, and there isn’t a bombastic ending featuring car chases or a ticking bomb. It’s a mature thriller with politics and low-tech investigation at the fore. If that’s your cup of tea then this will be a satisfying flick to enjoy over a…well…cup of tea.

Centre to proceedings is the late Phillip Seymour Hoffman, playing German intelligence agent Bachmann. This feels very much like a foray into the noir genre for Hoffman, draping himself in a trenchcoat, dragging heavily on cigarettes and topping up his coffee from a hip flask. There’s plenty of scenery chewing happening but he always keeps the performance at the right level. It’s good to see a great actor finishing on a good role. It’s also good seeing Rachel McAdams in a complex role. She’s never managed to get the recognition that her talent deserves and this demonstrates how much range she can muster. When you hold your own against Hoffman you know there’s something worth noting. 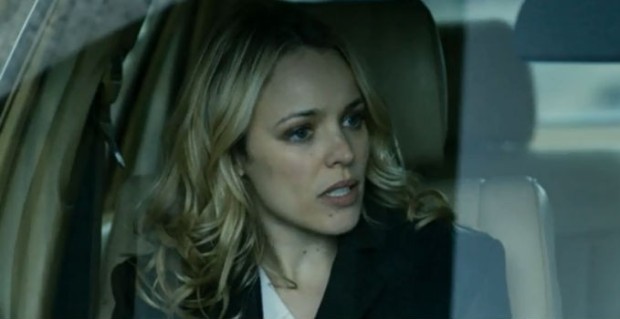 What’s most interesting about the story is that the case being pursued isn’t anything that will change the world, or even the fate of the city. It feels more like a day in the life of the international spy agencies. Getting their thumb on this character isn’t going to earn Bachmann any insight or accolades, but it will give him a hook into the next link in the chain. Once he had that next figure he could move on to the next. There isn’t a real end game, but it’s what they do in their job to keep ahead of the game. This is interesting and there is a good sting in the tail, but some audiences may feel unsatisfied by the ending.

For those looking for a decent spy tale held together by great performers you could do much worse than this. Corbijn’s cinematography is as refined as always, and it will draw you in if you let it.

Score: SEVEN out of TEN

← The Guardians of the Galaxy Who Aren’t in the Movie
Game Preview: Destiny Beta Hands On – Part One →