The Guardians of the Galaxy Who Aren’t in the Movie

How pumped are we for the upcoming Guardians of the Galaxy movie? It doesn’t feel like that long ago that nobody knew what this movie was, but the bombastic marketing campaign have turned the team into a household name. The movie’s line up…Star Lord, Gamora, Drax, Rocket and Groot…are only small portion of the team that has been blasting through the universe this last decade.

Here are the characters who have not made the initial cut, and whether or not we can expect them to turn up in the future. 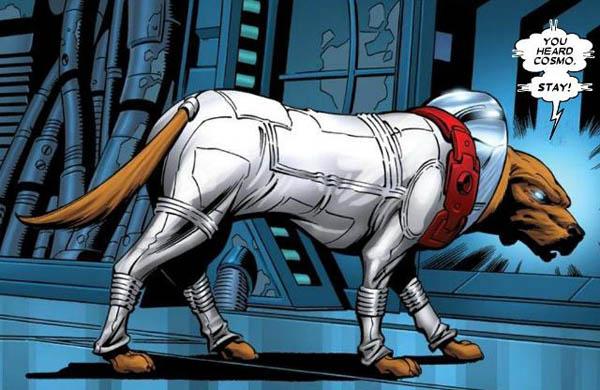 Sadly the rumours about Nathan Fillion cameoing as this popular canine has been shot down…he’s playing ‘Monstrous Inmate’. That said Cosmo seriously needs to be on the books for a sequel. He’s the first dog launched into space by the USSR during the Cold War, who somehow survived the experience and became a highly intelligent telekinetic being. He’s also learned how to speak English, albiet with a heavy Russian accent.

Chances of Being in the Sequel: Pretty good! Cosmo is a staple of the series, and has long be a favourite. Plus there’s the snarkiness between Cosmo and Rocket that gets played for laughs – poor Rocket can’t shake the feeling that Cosmo is going to chase him up a tree.

UPDATE: Current news is that Cosmo may appear in the movie. The role is credited to Fred the Dog. 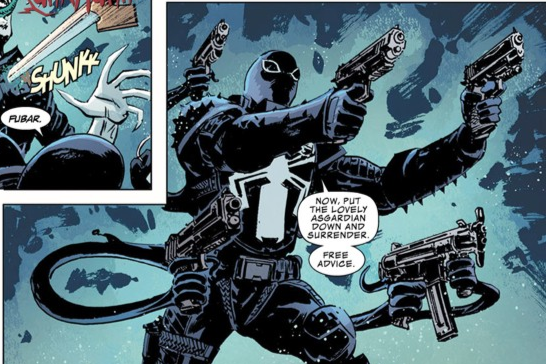 Flash Thompson has had a very strange journey. Most cinema-goers would be familiar with him as the school bully to Peter Parker, but following high school and a career as a PE teacher he enlisted in the military and fought in Iraq. After loosing both his legs he volunteered for a military experiment to bond with the Venom symbiote for short periods of time. It’s an interesting take on the classic Venom character, exploring other ways the concept could be used outside of big bad.

Chances of Being in the Sequel: No chance. The characters of Venom and Flash Thompson both belong to Sony as part of the Spider-Man movie franchise. And as the Quicksilver debacle as shown, the big boys have trouble sharing. 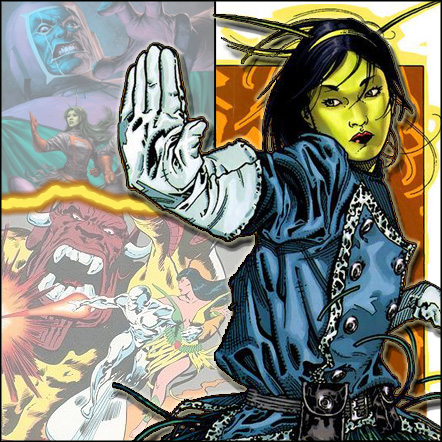 Mantis is unusual in the comic world as she has appeared in works published by Marvel, DC, Image and Eclipse. She’s affiliated with The Avengers and the Justice League of America, finding her most recent home with the Guardians. Following the Age of Ultron story she travelled to space and took up residence in Knowhere, the disembodied head of an ancient space god and the current base of the Guardians of the Galaxy. Initially she functioned as a counsellor to the group, using her telepathic abilities to keep the extreme personalities of the team in balance, but over time she became a field member of the team where she used her impressive martial arts skills in combat.

Chances of Being in a Sequel: Quite good. Being someone who can keep the interpersonal conflicts of the group under control and a master combatant she has a lot to offer. As long as none of the other companies block the copyright. 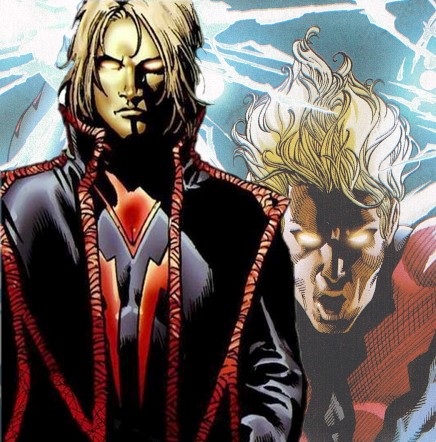 Originally a creation of Stan Lee and Jack Kirby who appeared in Fantastic Four during the 1960s, Adam Warlock (or ‘Him’) has had a long and varied life within comics. For the most part he’s played the role of a cosmic messiah, being worshiped by some and feared by others. Among his abilities is powerful manipulation of energy into lasers and forcefields, extremely high levels of strength and flight through space.

Chances of Being in the Sequels: Good. He’s a powerful and interesting character whether with or against the Guardians. Plus he has strong ties to Thanos, who is lined up for The Avengers 3. 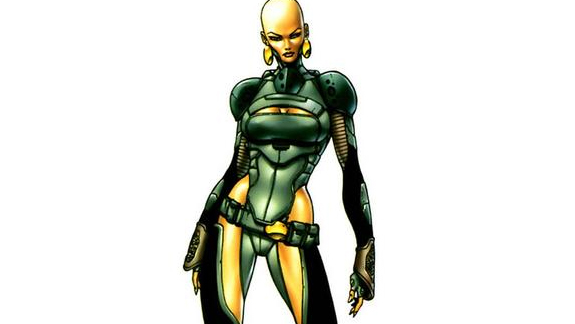 After being affiliated with The Avengers, The Defenders and the Infinity Watch, the Guardians are the best fit for Moondragon. Her superiority complex fits right in with the strong and unpredictable personalities of the interstellar team. Being a powerful telepath (more powerful than Cosmo and Mantis), an accomplished geneticist and an expert martial artist puts her on a similar level to the stronger members of the group. At times she has become as much a liability to the team as an asset due to having greater loyalty to her partner Phyla-Vell than the team.

Chances of Being in a Sequel: 50/50. Her aggressive attitude and superiority complex could work well for comedy and group dynamic. One the other hand she’s not one of the memorable or popular characters. 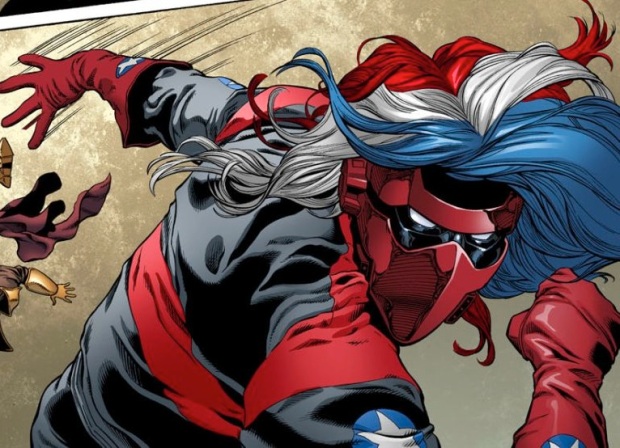 Like Star Lord, Jack Flag originates from Earth. Inspired by Captain America he participated as part of a vigilante group, personally taking down the Serpent Society’s attempt to infiltrate his town. During the events of Civil War Jack Flag had his spine severed by Bullseye and was confined to a wheelchair. He was found imprisoned in the Negative Zone by the Guardians of the Galaxy, who restored the use of his legs. Although he said he hated ‘all that cosmic stuff’ he fought alongside the Guardians using his enhanced strength and speed.

Chances of Being in a Sequel: Pretty good, as he’s not tied to other franchises. Whether or not he’ll add anything to the dynamic is less clear. 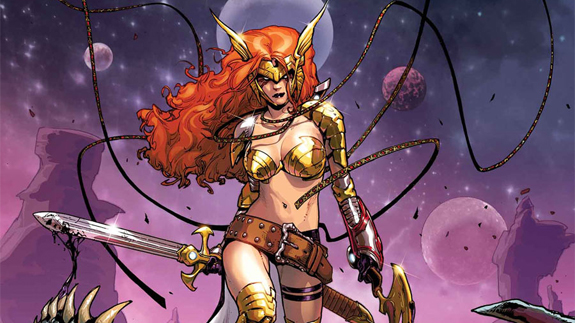 Here’s a character who is as awesome as her convoluted history behind the scenes. During the 1990s the breakaway comic house Image was formed with the ideology that creators own their characters. Todd MacFarlance made waves with his title Spawn. An early issue, written by Neil Gaiman, introduced the character Angela, a kick-ass avenging angel who hunts Hellspawn. She was an instant smash hit with readers and become a prominent part of the series from that point on. Then came the issue of ownership. MacFarlane, who initially agreed that Gaiman would own the characters he created, claimed that they were his property and retained income from her appearances in other media, merchandise and her own spin-off series.

Gaiman took MacFarlane to court in 2002 and won a huge chunk of lost income and the rights to the characters. When Gaiman returned to Marvel he introduced Angela to the Marvel fictional universe during the ‘Age of Ultron’ story. At the close of that arc she became a member of the Guardians. Her story has been revamped to make her a lost sister of Thor and Loki, and she retains her kick-ass angel powers.

Chances of Being in a Sequel: Hard to say. On one hand studios may wish to avoid further legal upset. On the other they may want to take advantage of a marketable character. Hopefully she’ll appear on the screen in some form. 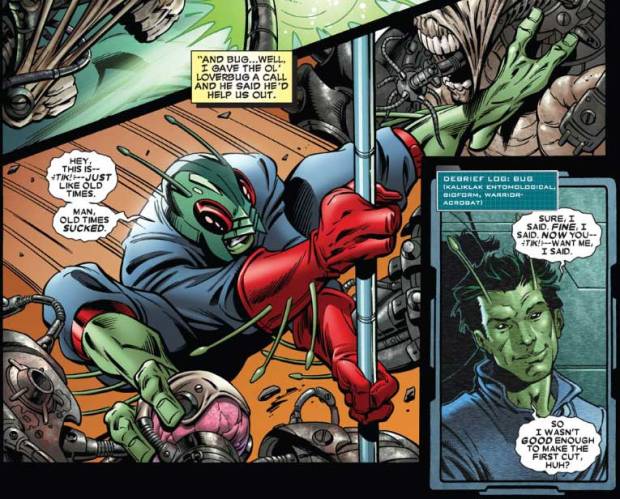 When the Guardian’s split up over internal conflict Rocket asked Bug to join him, Groot and a few others to continue the work, and he stayed on after they reformed. Something of a wise-cracker he doesn’t challenge the team dynamic, but enjoys the opportunity to fight the good fight. His abilities a reflected by his name – Bug can cling to walls, has extremely heightened sense and a high level of agility. His antenna allows him the ability to communicate with others in the vicinity.

Chances of Being in the Sequel: Very likely. During a Q&A panel director James Gunn revealed that Bug was a member of the line-up in an early version of the script. 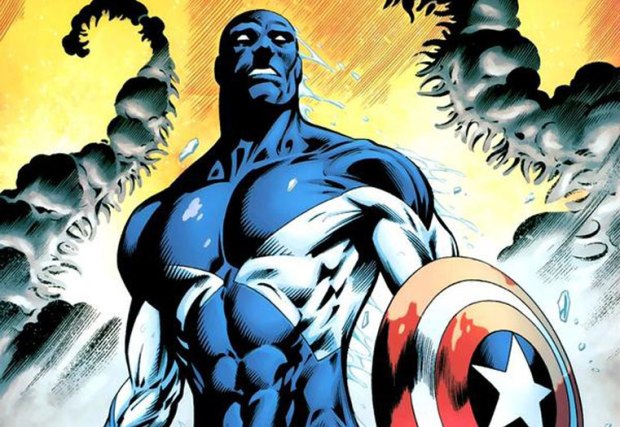 Originally known as Astro Vance, this character is the only character in the current line up to appear in the original Guardians. He was the youngest human to be accepted by NASA into the first interstellar space program. Through this his skin was coated with a copper alloy suit and his blood transfused with a preservative fluid. These changes were designed to help him endure thousands of years in suspended animation but they have also enhanced his endurance in combat. Although he existed in an alternate dimension to Earth-616 (that’s the standard Marvel universe for non-comic geeks) he crossed over and was found frozen in ice floating through space by the modern version of Guardians of the Galaxy. He joined their forces, equipped with Capt. America’s shield, and works to undo the dangers he has foreseen in his own time.

Chances of Being in the Sequel: Hopefully not, for the simple reason that getting into the alternate universes and timelines is not what the movie universe needs (especially as X-Men have already done it this year). Being equipped with the Cap’s iconic shield might be a problem as well. 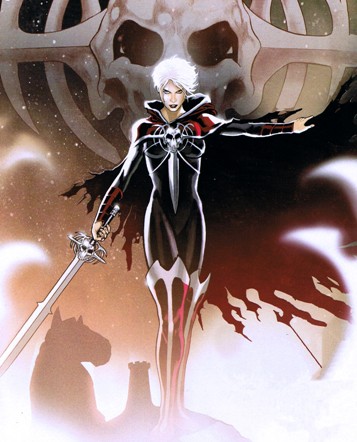 The daughter of Captain Mar-Vell, this cosmic based warrior was already imbued with superhuman strength and flight through energy absorption before she came into position of the Quantum Bands. Adorning her wrists, the bracelets gave the already powerful Phyla-Vell an immense level of energy manipulation, allowing her easily hold ground alongside Adam Warlock. After striking a deal with a Moon Dragon (not the one appearing on this list) to free Heather Douglas and losing the Quantum Bands she re-appeared with a darker, skull adorned costume and the name Martyr. Now an aggressive, sword wielding cosmic warrior she represents the avatar of Oblivion and would be destined to fight Adam Warlock.

Chances of Being in a Sequel: Not good. With a complex backstory tied directly to expanded universe characters she would need a massive overhaul before she could fit into the movie world.