Why the ‘Justice League’ Movies Have Already Failed

In the past few weeks we’ve had the first pictures of our new big screen versions of Aquaman, TV’s new Supergirl and casting for Suicide Squad. DC are putting all their cards on the table and bet. But as much as we love these characters and their big screen potential, they have to stop what they’re doing. Here’s why.

They’re More Focused on the Bank Than the Product

One of the reasons why The Avengers made all of the money in the world is because their creative team are invested in making the best possible version of the characters and story for the big screen. Iron Man was hardly on an unlimited budget. Fraveau was an indie director with a vision for the adaption, Robert Downey Jr. was better known for his stints in rehab than his acting, the cast were ad-libbing from an incomplete script and almost everything was sunk into the few effects sequences. But they loved the product, and the result?

That cool. From that point the tone had been set, and the the studios started looking at the following Marvel films as smaller parts of a larger picture. When it came time to paint that picture they brought in Joss Whedon, a man experienced with writing comics, movies and managing an ensemble cast. The only stumbling block was The Incredible Hulk, which under performed. It had a couple of mis-steps but because he was essential to the team they picked him up, dusted him off and brought him up to par.

Compare this to one of DC’s first forays into a larger cinematic universe: Green Lantern. This was seen as the next big franchise, and held a lot of common ground with Iron Man. A quick-witted and immature hero finding his destiny and becoming part of something bigger. The studio, however, saw this as the beginning of a new income stream and spent most of the movie setting up sequels instead of making it about the character.

So they dumped him.

Ryan Reynold’s was the best part of that movie. Shit, he was the only good thing in it. He was perfect casting, but because the movie didn’t make enough money they’re dropping him from the roster and picking someone else. Because they think it’ll make more money that way.

Although Iron Man, Thor and Captain America: The First Avenger were hits, they didn’t make the money that their combined forced managed in The Avengers. That make all of the money. Part of the reason was that we loved the characters, we loved the actors playing them and we already felt familiar with their stories. It was after they’d built a solid foundation that the Avengers Tower was built complete with Scrooge McDuck sized money bin.

DC looked at all the money the Marvel team up made and wanted a slice of the pie, so they skipped the foundation building at started setting up their tower, oblivious to the fact the slightest misaligned brick will bring the whole thing down.

Ok, that’s not true…they do have Man of Steel.

Man of Steel is a Terrible Starting Point 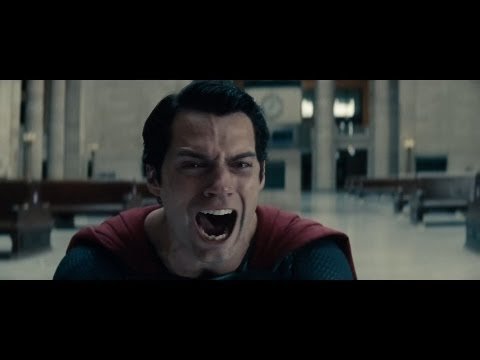 I said they were going at this one the wrong way and everyone ragged on me for it.

Actually, if it was the first part of a series of Superman movies it would be good. He’s conflicted, he’s lacking his true identity, he has a long journey ahead of him. But this isn’t the first part of a Superman series, it’s the first part of the Justice League series with at least three major characters appearing in the sequel. This is a problem because the tone of the movie was wrong. It was a washed out, grey, moody piece with awkward drama and confusing logic (just go save your dad, numbskull!). It left half the audience unhappy, and the murder of General Zod and destruction brought to a major city are still points of contention. Are they going to be continuing this new dark and gritty theme of standing around looking trying to look deep for all the Justice League films? The pictures released of the characters say yes. This is bad.

They Aren’t Building a Team Dynamic

I don’t know why the term ‘darker’ used in the hype for a film translates to ‘better’ in the minds of the public. Man of Steel was twice as dark as Superman and about half as good. Now we have a darker Aquaman, darker Wonder Woman and darker Supergirl in our future and it isn’t going to work. A superhero team is like a boy band – they have to have different personalities to be interesting. The cute one, the funny one, the bad boy, the tough one, the goofy one…if everyone wants to be the bad boy your band has no personality.

The Avengers had this down. Going from left to right below we’ve got the bad boy, the wild card, the noble leader, the tough stoic one, the highborn one and the dark one.

The dark one is important because they balance out the noble sentiments of the others. They do the important thing, rather than the right thing. They’ll always be a popular character (just look at Wolverine). Justice League has the most popular, most awesome dark one of them all. 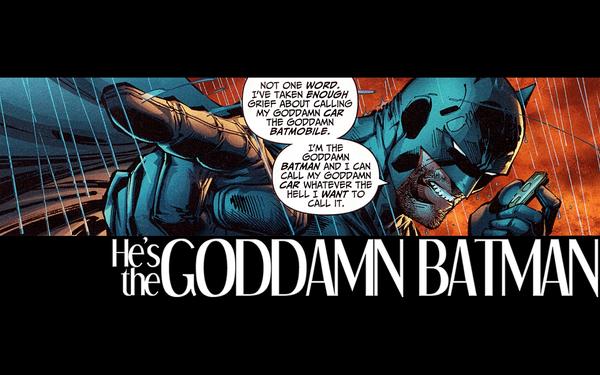 The Goddamn Batman. His films increasing reflect that he’s the dark one, the one with a dossier on how to take out his team-mate just in case he has to one day. And those films were HUGE. Big money makers. So naturally they tried to copy the style with the next Superman film. Now Superman isn’t the noble one – he’s another dark one. Because the noble one will never do this:

Christ, not even Batman would do that. With Aquaman and Wonder Woman we should be looking at the highborn one and the tough stoic one. Instead… 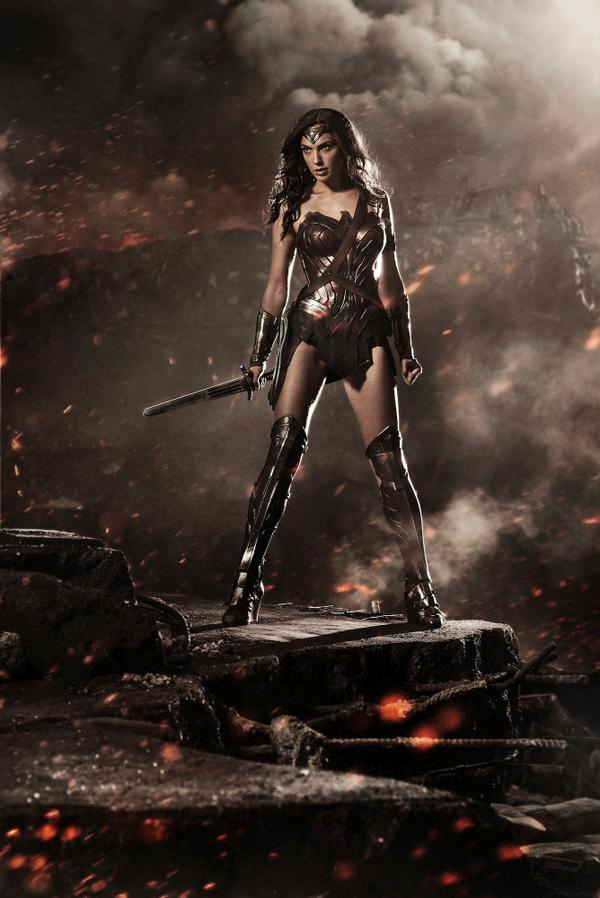 Two more ‘dark’ versions of the characters. Say, whose going to break up the tension with a well placed put down of witticism in these movies? They’re all spending so much time brooding about dead loved ones they won’t have time to fight crime. Ok, sure, the original Aquaman outfit looks pretty silly nowadays, but that’s why they’ve kept updating it in the comics. He looks pretty badass these days. We don’t need him to be a Dothraki visiting the seaside.

So the existing movies are a misguided mess, but at least they have good TV going on right now…

Did you know The Flash is going to be in Justice League, and he’s going to have his own movie? No, actually they’re not using the guy who plays him on TV. He’s played by the guy from The Perks of Being a Wallflower. No, not him…the other one… 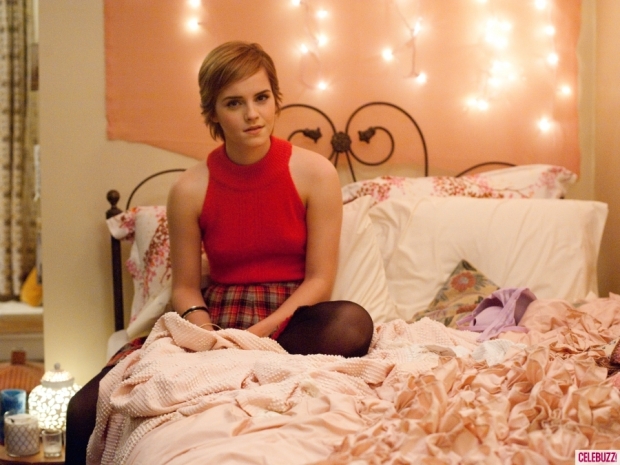 No…no…look, are you just pretending to be stupid?

Yes, they’ve got an actor playing Flash of TV. One who the fans like, and which has been pulling in big audiences. Yet for some bizarre reason they’re getting another actor to play the same character in another franchise running at the same time. It’s confusing enough trying to keep track of these movies as it is – my non-geek friends keep asking about all the characters and villains turning up in these movies.

This is a dumb idea for other reasons. Grant Gustin’s Flash will bring a bunch of punters with him. Do you know who else will being a bunch of fans to the cinema?

Stephen Amell and his co-stars in Arrow have redefined television superheroes, to the point that it’s even standing above Whedon’s Agents of SHIELD (yeah, I said it!). Green Arrow isn’t even making it into the League. Have the producers no idea what works? These work. Use them you dummies.

So to sum up – they’re building on a weak, almost non-existent foundation, they don’t have a team dynamic and they’re ignoring what already works for them. Is this going to suck? I genuinely hope not, but I’m not going to get my hopes up. If it was someone like Whedon at the helm I’d think it might work out, but Snyder’s track record is…well…he made sexy girls fighting zombies, cyborgs and dragons with swords boring.

14 thoughts on “Why the ‘Justice League’ Movies Have Already Failed”