Why Did Joss Whedon Just Get Bullied Off Twitter?

I just got shouted in my office by someone who feels this article contained unmarked spoilers. So: Spoiler Warning for Age of Ultron.

It has to be said, for all the anti-cyberbullying rhetoric we see on Twitter, Tumblr and Facebook it doesn’t take much for a lynch mob to form over something as little as a misinterpreted slight. In the past 24 hours Joss Whedon announced his departure from social media platform Twitter, followed by the deletion of his account, allegedly after a barrage of abuse from people who accuse him of being sexist, racist and many other -ists. 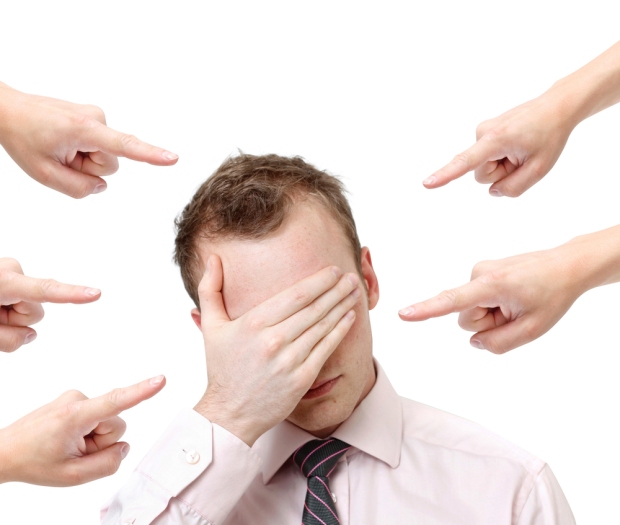 After two decades of being lauded as a progressive feminist television and film showrunner, some people’s reading of his newest film Age of Ultron has turned the masses against him. Some pundits, including The Mary Sue, have gone to lengths to rewrite their interpretation of his previous works in order to suit their new agenda, citing such occurrences as Buffy “falls apart not only when Angel leaves her, but when Parker (yeah, you don’t remember him, either) doesn’t want to pursue more than a one-night stand with her, too” as some kind of proof that Buffy was a “weak” character. I’m not sure if we were watching the same show, but I remember Buffy’s problem with Parker not being his rejection of her but the feeling that she’d been mislead and guilt at being left feeling gullible. As to Angel? Of course she’s fell apart after that because she’s NOT A ROBOT. I don’t think this puts her on a lower level than the male characters…I remember the tough, brooding Spike shedding more tears over his relationships than Buffy ever did.

Some of these rewrites of Whedon’s previous works aren’t as eloquent, such as a change.org petition to cancel Whedon’s new Marvel show based on “Firefly was racist as fuck”.

The white guy gets a chair…typical.

Obviously I’m on Team Whedon here, I’ve been a long term fan and try not to jump on any bandwagon without applying some critical thought. I also feel that being a fan doesn’t mean I an obliged to agree with everything someone you admire says. Whedon’s recent comments about sexism in Jurassic World has been jumped on by his accusers, claiming this proves his hypocrisy. I didn’t see any sexism in it myself. There were some tired, worn out clichés but nothing offensive, and it was only a snapshot of these characters.

What I have seen is a writer/director/showrunner who has successfully injected previously unseen character development and storytelling into genre television. A large chunk of the target audience for The Avengers will be to young to remember this, but BTVS was something of a game changer, and part of this was the representation of female characters.

As to the first angle, the aforementioned Mary Sue article lists the following reasons for Buffy being a weak character: she gets upset when a relationship ends, she feels like she was in the wrong when her boyfriend leaves, she takes advice from a male character, inheriting magical powers created by men and teenagers can be self centred and driven by sexual desire.

Some people call that sexist, I always thought of it as writing characters who act like human beings, characters who have more layers to them than being ‘strong females’. I don’t know where it is written that a strong female 17 years old can’t be upset when an important, life changing relationship ends.

The latter argument, the ‘women aren’t strong enough’ argument, comes out in this open letter: “You got Linda Cardellini — Lindsay goddamn Weir! — in your movie, and you made her a housewife. As Hawkeye’s secret spouse (he’s kept his family in some sort of superhero protection program, apparently), she is literally pregnant and in the kitchen for most of her screen time. Sure, she dispenses some womanly words of wisdom and lets the Avengers crash in their Pottery Barn-tastic farmhouse, but seriously? That is some reductive gender shit right there.”

Is there something wrong with this? Sure, she’s not an especially well developed character but few supporting cast characters are get more development than that. Linda Cardellini’s character (and why the emphasis on this casting? Does it make a difference?) gets very little screen time, and has a specific role to play in getting the main characters from point A to point B. It is for this reason stereotypes were created. We can keep the story moving without bringing everything to a grinding halt while each character who wanders onto the screen gets a full development arc. Age of Ultron already has a billion characters, some of the supporting cast needs to be a stereotype to create quick and easy to understand meaning – in this case, despite his role on the team Hawkeye is, at heart, a family man with simple needs.

Would it be good to have more time on these characters? Give them some more complex character traits that aren’t perceived as ‘sexist’? Yes, absolutely. But this isn’t what Age of Ultron was about.

Now before you jump into the comments, yes, there was one sub-plot in Age of Ultron that is a more, for lack of a better word, valid complaint. Black Widow. There seems to be three concerns related to character in Age of Ultron and we’d like to address each one.

And that’s why it’s not called The Black Widow Movie, it’s not about her. She shares equal billing with half a dozen other principal characters and almost twice that number of new or supporting characters. We got some insight into her background and her relationship with Banner added some perspective, but what were you expecting? Hopefully the popularity of the character will she her stepping into her own film or – even better – a Netflix series.

Black Widow Equates Being Sterile to Being a ‘Monster’

No, she doesn’t. Go back and watch the scene again.

In this scene she describes the process of being raised and trained to be a cold, efficient killer. Black Widow equates being turned into an assassin with being a ‘monster’. As part of her training she was made sterile through surgery, and this would prevent a potential family from distracting her from her duty. But it’s the duty itself which makes her a monster, not the childless part of it.

If you want to claim this scene is sexist, you’re grasping at something that isn’t there. 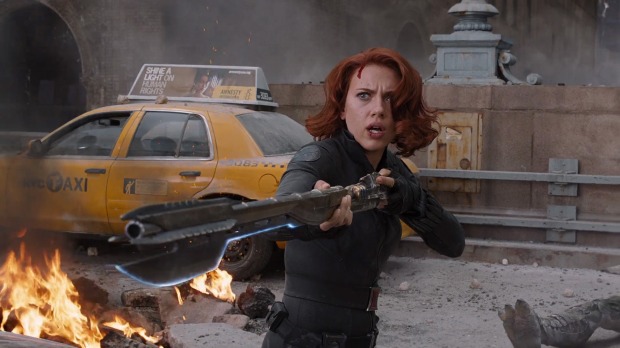 Just look at that monster, not carrying a child.

Yeah. This seemed odd to me. Less for the gender politics some have made of this (although that is not an unfair assessment) but for how much it went against the characters we’d grown familiar with. Black Widow getting kidnapped was unexpected, but it shows what a real threat Ultron is. But why is Banner running the rescue mission? He’s the worst possible choice, and it’s a clumsy way to progress the romantic sub-plot.

Banner is an awkward, untrained field agent who is a liability when buying a take-away coffee, let along when infiltrating an enemy stronghold. If Banner is capable of stealthing his way in and busting Widow out of the cell, then she is more than capable of getting out herself. I was expecting Banner to get there, make a big show of what he’s done, only to find Widow has already gotten out of her restraints and cell and taken out every guard in the place. THAT would have sent the same message while staying true to the characters.

I don’t think this is sexism, but I think it was a mis-step that leaves itself open to accusations of sexism. It’s not unreasonable to expect people to take that reading from it.

I have seen some comments following accusations of sexism with questions as to why one of the men didn’t get kidnapped. Didn’t Hawkeye get kidnapped in the first film? And rescued by Black Widow?

Did I imagine this?

To sum all that up…

I think the accusations of Joss Whedon being sexist are generally unfounded.

The kidnapping sub-plot in Age of Ultron was a poor addition to the story, and some have taken that to be sexist. I’m not going to argue with that, I can see it. Lack of gender equality in the Marvel Cinematic Universe is pretty noticeable, especially as we’ve had 11 male driven films in the franchise to date. I wouldn’t put that on Whedon’s shoulders though, his job was to create an ensemble piece, not carry the feminism banner into battle. Let’s direct our dissatisfaction with this at Disney, Marvel and Kevin Feige since they’re the ones calling the shots on this matter. Let’s get some damn Black Widow merchandise on the shelves.

Time to bring this back to the headline question. Did Joss Whedon get bullied off Twitter?

Yes, absolutely. This is a case of bullying. Whether you feel that he is sexist or not, he has become the victim of online harassment. You can go through the messages sent to him following the release of Age of Ultron and there is some downright nasty stuff being sent to him. Abuse, swearing, threats…does anyone think this will solve the problem of sexism? Does anyone think they’re being clever? All that has happened is one form of perceived injustice is being replaced with another. It’s little wonder Whedon took down his account, who would want that level of bile piling up on them?

What has made this especially surprising is how quickly people have flipped on Whedon. It seems that this new perception of him as sexist, racist and whatever else is being thrown at him has happened almost overnight, that he’s become the victim of the latest bandwagon of lynchers who seem to stand on the sidelines of pop culture waiting for a new target. In this and many cases the target tends to be someone who have done very little to deserve it – such as making a film that wasn’t quite progressive enough for some people’s tastes.

Is sexism and gender representation a problem in pop culture? Yes. Should we be addressing it? Absolutely. Is Age of Ultron part of the problem?

Should Joss Whedon be subjected to abuse for this? No. There’s no reason anyone should. Write a letter of complaint. Write an article and post it. Record a podcast. If you have a valid argument to make, then use your grey matter and put it on the page. Sending someone a stream of abuse and patting yourself on the back for fighting the good fight isn’t going to change the world.

Or wait for Thanos to destroy it.

19 thoughts on “Why Did Joss Whedon Just Get Bullied Off Twitter?”