Movie Review: ‘Before We Go’ 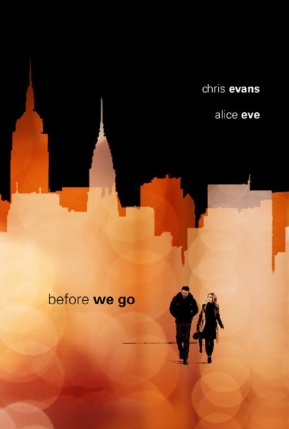 Plot: When a woman misses the last train out of New York, a good Samaritan musician pledges to help her get home.

It is a tale as old as time, song as old as rhyme. Oh wait…wrong movie. But it is a real familiar tale. Boy meets girl. Boy and girl go on an adventure that only could happen late at night in New York. Boy and girl think they might be falling for each other. Yea, I know, the script isn’t terribly inspired or exciting, but it is not nearly as generic as it sounds.

It stars Alice Eve as Abby, an art curator in town to take a look at a painting, who is desperate to get home by morning. She misses her train and gets the sympathy of Chris Evans’ Pete, a trumpet player in town for an audition. Of course, Abby didn’t just miss her train. She also broke her phone and had her purse stolen from her. She might as well be on an island. Pete is no better. His phone is dead and his credit cards are either expired or maxed out. Despite this, Pete is determined to help her out.

There is an attempt to keep their motivations secret, but it is very clear that they are struggling with decisions that could have major effects on their lives, especially if they make the wrong moves. The interest they share in each other’s problems works more as a defensive procrastination of settling their own. Over the course of the night, they dissect the fear and concerns they have over job opportunities and love while getting in and out of crazy antics. In an other decade, this may have been a Woody Allen film, except this has a more melodramatic kind of neuroticism than the quirky kind. It is well-tread territory, and I am not sure they were able to uncover anything that hasn’t been made obvious in previous pieces of cinema. 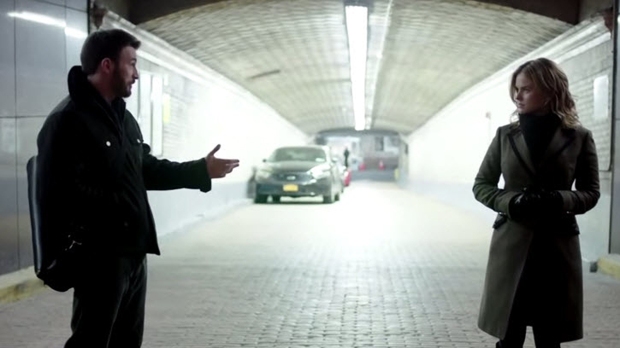 Evans, in his directorial debut, does his best to make the story stand out. There is a grainy color palette implying a more sincere tone. The pacing is quick and punctuated by simple yet mostly effective humor. Solutions aren’t avoided when practical answers present themselves, which makes it easy to track the growth of our two protagonists. That also helps the movie avoid the rom-com trope that seeks to keep comedy and drama separate thus offering a more complete and satisfying experience.

This isn’t one of those directorial debuts that makes you stand up and wonder why Chris Evans hasn’t been behind the camera all along, but he shows some promise, if only he had a better script.

2 thoughts on “Movie Review: ‘Before We Go’”