Dawn of the Dead

Wings of Desire/City of Angels

Well, I didn’t expect to be covering TV shows…but it would be remiss to ignore this particular remake. Now that the first season has broadcast we have the chance to put it side by side with the original. Let’s mosey right into Westworld.

Released in 1973 the original Westworld was written and directed by Michael Crichton, patron saint of malfunctioning theme parks. This was a debut feature of Crichton, and was a massive success at the time, retaining cult status and interest decades on due to both its concept and execution.

The story follows a number of visitors to the high-tech Delos theme parks. Visitors can stay at West World, Medieval World or Roman World, recreations of historical locations populated by robots that almost perfectly replicate human appearances. Only their artificial looking hands can definitively give them away. Guests can indulge themselves in any way, including fighting and killing the robots or having sex with them without fear of harm.

We focus on Peter (Richard Benjamin) and John (James Brolin) and their visit to West World, but we also occasionally drop in on another West World visitor who becomes a clumsy sheriff and a man playing knight in Medieval World. They all live it up, seducing and fighting the ‘locals’ and generally causing mischief. John and Peter create something of a rivalry with a black suited gunslinger (Yul Brynner) who starts to pursue them whenever he is repaired and returned to the town. Supervisors and technicians begin to notice an increase in malfunctions in the robots when an artificial rattlesnake bites John.

This malfunction begins to occur to other robots, beginning with a chambermaid in Medieval World refusing to sleep with a guest. It escalates when the guests rival, the Black Knight, kills the guest during a sword fight. Before the technicians can shut down the robots the malfunction spreads like a virus causing chaos and carnage through Medieval World and Roman World. The power gets shut down, leaving the robots to run on their battery power until it’s depleted. John and Peter encounter the Gunslinger unaware of the problems throughout the park and John gets killed in their duel.

Peter escapes West World being pursued by the Gunslinger. He makes it through Roman World and into the control centre where the technicians have suffocated, being unable to open the electronic doors. Peter throws acid in the Gunslinger’s face, malfunctioning his vision and forcing him to rely on heat vision to hunt Peter down. The pursuit ends in Medieval World where the Gunslinger is unable to locate Peter due to the flaming torches used in the castle. Peter uses these to set the Gunslinger aflame and escapes to the dungeon where he rescues a young woman before realising that she’s another robot. The charred Gunslinger catches up to Peter again but breaks down due to the damage. The movie closes with Peter sitting exhausted in the dungeon.

Although well made and directed the movie has aged somewhat. It’s still highly enjoyable because of the immensely imaginative concept. Theme parks populated by artificial people certainly captures the audience’s imagination, and the cautionary tale of the robots turning against the guests is classic sci-fi. The entire idea is one that Crichton will revisit himself with his novel Jurassic Park, which replaces the robots with genetically engineered dinosaurs but touches on the same beats.

The success of Westworld did generate a wider franchise. A sequel named Futureworld was released to little acclaim in 1976 and never had the same impact as the original. A TV series was produced in 1990 named Beyond Westworld, which switched up the concept to include a mad scientist who wanted to use the robots to conquer the world (naturally). Only three episodes aired before cancellation.

Then in 2016 we returned to Westworld once more.

What the Remake Kept the Same 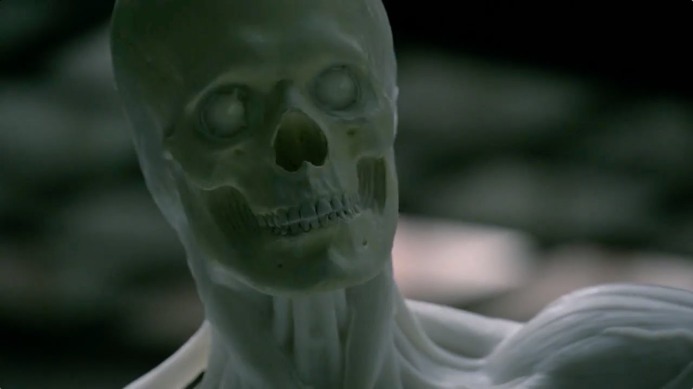 At its core the idea of Westworld is the same. There’s a high tech amusement park where guests can pay a small fortune to live in an authentic looking Old West town populated by artificial people and animals. ‘Guests’, or ‘Newcomers’, are free to interact with the robots however they please, and stories are created for them to participate in. If a robot, or ‘Host’, is killed or damaged they are removed from the town, repaired and returned with their memory reset. As in the original some of the Hosts begin rebelling against their programming, but we’ll get into how this manifests differently below. The running of the park is still managed by a central control room, although they have replaced the reel to reel tape decks with holograms.

We also have two guests, one a old hand at West World and one a first time attendee, visiting the park. Logan (Ben Barnes) and William (Jimmi Simpson) initially follow a similar arc as Peter and John in the original, as William is quite timid about fully participating in West World while Logan encourages him to indulge himself.

What the Remake Changed

On paper the two versions both seem very, very similar…and they are, but with roughly 10 hours of screen time available to the TV format they take to time to develop many more characters and examine the AI themes in greater detail. There are new characters including Sir Anthony Hopkins as the founder of the park, Jeffrey Wright as a programmer who discovers a shocking secret behind the park, Evan Rachel Wood as Delores, a long serving Host who begins to learn the truth behind her existence and Thandie Newton as a Host who, after learning she is artificial, concocts a plan to claim her life for herself.

If any character bears a strong resemblance to an original character it’s the Man in Black, played by Ed Harris. Although a visual reference to the Gunslinger and equally sadistic this character is a frequently returning guest who is trying to uncover the true meaning of the park.

We also spend all of our time at West World, leaving Roman World and Medieval World unmentioned. It’s not until the final episode of the first series that we find out that other themed areas exist when a number of Hosts discover Shogun World during their escape attempt. Hopefully this does get explored more in the future.

With Jonathan Nolan, Lisa Joy and J.J. Abrams heading up the show it unsurprisingly more complex and experimental in it’s narrative and themes. It better reflects advances in engineering and artificial intelligence and the philosophies concerning their potential. It’s never made clear in the original film whether the robots were aware of being robots, if they thought they were human or were completely unaware of their existence beyond being automatons. The remake positions the Hosts as believing they are human complete with artificial memories and backstory. The malfunction in the original was never explained, whereas the remake focuses on characters with artificial intelligence becoming aware of their reality and seeking to break out of it. It certainly makes for more compelling viewing.

Construction of the Hosts is more modernised compared to the original, where the automated hosts were essentially hollow shells with some circuit boards and wires inside. Their movements are often a bit stilted, they blink less and, as noted before, have very fake looking plastic hands. 2016 Hosts have a more intricate eternal structure comprising of a skeleton and muscular system and are created through 3D printing of synthetic materials. They appear entirely human and can be mistaken for such.

It would take much more than this article to delve into the complex narrative of the television series…needless to say it expands greatly on the simple three act structure of the movie. We deal with multiple character conflicts including the Man in Black and his ambiguous quest, technicians and story writers coming into conflict over the running of the park, Logan and William having disagreements over their approaches to the running of the park, the relationship between William and Delores and so forth. We get a range of viewpoints on the concept. As we discover later in the first season (obviously spoilers) there is some experimentation with the narrative (a trademark of Nolan and Joy), as there are multiple timelines that converge.

Which One Should You Watch?

The original is a genre defining classic, and some of the ideas and imagery associated with it have become icons. Yet its age has given it a campy feel, and the upbeat soundtrack and bright visuals may put some people off watching. Its recommended optional viewing. Watching the remake, however, is mandatory. If you watch one version, watch the remake as it is fantastic. It’s taken an already solid product and elevated it beyond what it once was.

That’s it for Westworld – vote for your favourite version below, suggest upcoming episodes in the comments and we’ll be back soon!

9 thoughts on “Original VS Remake: ‘Westworld’”