Disney Dinner and a Movie: ‘The Little Mermaid’

As I continue along my list of “movies that were really difficult so I saved them for last” we come to The Little Mermaid. This is definitely one of the most favorite, if not best, Disney animated films. Unfortunately, it presents a bit of a problem for this blog seeing as one of my rules is not to eat any main character. Alas, I digress. Onward to my dinner plans.

I started my meal with a favorite appetizer of mine: seaweed salad. Originally I was going to attempt to make it myself but then I realized I could order some delicious Japanese food and save myself the trouble. Honestly, at this stage in the game, do you expect much more from me? Anyway, it’s seaweed and its yummy and it’s themed. 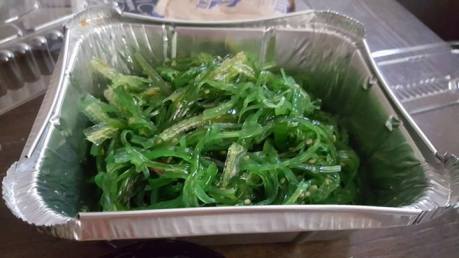 I was absolutely blanking on what to make for an entree and that’s when my good friend Paul C. stepped in. He kindly shared his recipe for clams. As I do not eat seafood, I can’t vouch for their taste but they’ve gotten great reviews from everyone else so far! Check out his recipe below:

“First we’ll start with the preparation: About an hour or so before you cook them you’ll want to rinse them in cold water and place them in a bowl of ice and a bit of water. Let them sit in there for about an hour or two in order to remove any of the remaining sand or dirt that might be on them.

When it’s time to cook you simply fire up your grill to medium high heat and put them down one by one. When the clams open they’re done. That’s it! The best way to get them off the grill is to use tongs as you move them into a larger bowl – and try to conserve as much of the juice inside as you can. Pro Tip: If the clam has already opened before you put it on the grill DO NOT COOK IT, same for if the clam won’t open after it’s been on the Heat. Those are dead and can be discarded.

Once they’re finished you can either serve them with a side of garlic butter to dip or pour it over them. Some melted butter, diced garlic, parsley and a hint of cayenne pepper/smoked paprika is my go to. Make sure to eat them with some beers and enjoy!” 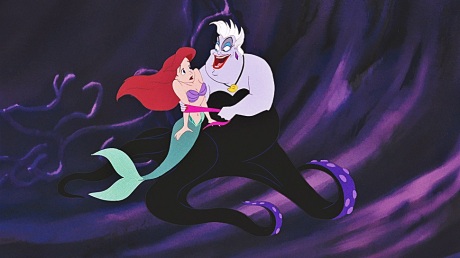 For a dessert I made these cinnamon-sugar sand dollar cookies (decorated with almonds). Aesthetically, they’re perfect for this film. They didn’t taste great but I believe that’d due to poor execution on my part. Easy and fun, these were a great choice to fit the Little Mermaid theme.

Thanks to some out-side of the box thinking, and mostly thanks to Paul, this Disney Dinner and a Movie turned out pretty well. Hurrah!