Farewell to Twelve: The Era of Peter Capaldi

Since Doctor Who returned to our screens in 2005, the powers that be have not missed a 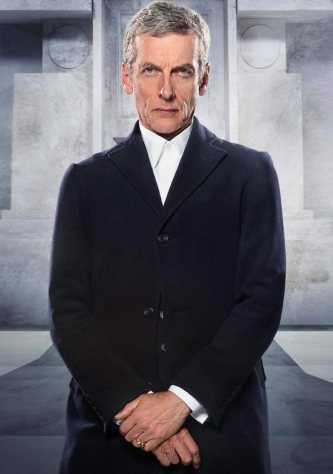 beat in casting actors capable of taking on this iconic role. In only a single season Christopher Eccleston made sure that not only was the show a success out of the gate but that he was the perfect “first Doctor” for a new generation of fans. Following him both David Tennant and Matt Smith brought great energy to the TARDIS and the series became smash hit on a global scale during their respective tenures. Inevitably the time came for a new Doctor to take us through time and space. Fittingly as part of the fiftieth anniversary festivities for Doctor Who, acclaimed character actor Peter Capaldi was announced to be Doctor number 12.

His companion Clara’s reluctance to accept this change may have reflected the views of many fans when he first appeared (which did not make any sense as we covered the season before she had seen all of his previous regenerations but I digress). For an entire generation of Whovians the Doctor had been youthful and energetic, and who would not look out of place as the bassist in an alt rock band. Now he was this grouchy old man with majestic eye brows. Capaldi’s interpretation of the Doctor hearkened back to an earlier era where the character tried to portray himself as the stuffy wise old man of the 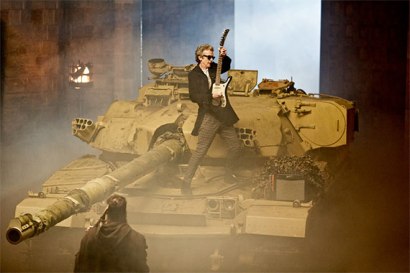 universe while trying to hide his own wide-eyed curiosity. True he was never shy about trying to be the adult in a situation, being the disapproving paternal figure to Clara and Danny Pink’s budding romance. But he also knew when to cut loose and have fun, I mean how many other Doctor Who episodes, feature the Time Lord rocking out on top of a tank wearing hip shades.

Throughout Peter Capaldi’s tenure he came face to face with some terrifying villains and monsters. We saw the return of old favorites like; Davros, the Zygons, and of course Missy, a brand new incarnation of the Master, who was a constant thorn in his side (but was an absolute blast to watch for us fans).  Of course there were new baddies across time and space as well. Allying himself with Robin Hood, Capaldi saved Sherwood Forest from robots. He found himself forced to match wits with the head of the most secure bank in the galaxy. During the “Monk Trilogy” he and his companions Bill and Nardal had to battle a threat which could manipulate what people believed as the truth. He faced it all with a keen mind and a sharp sarcastic tongue. 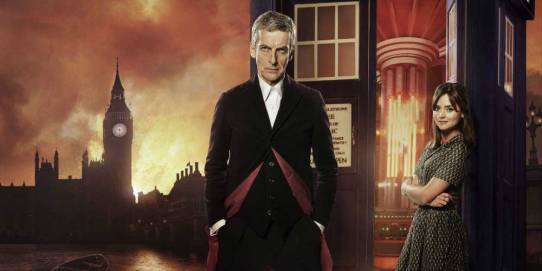 Capaldi never faced adversity alone as he was first joined by Clara who was hit by a culture shock with this newest Doctor. After spending a year in the TARDIS with a fun and carefree Matt Smith, she was often challenged by the gruff aloof mannerisms of Peter Capaldi. Once the time came for her to leave the TARDIS he was joined by Bill Potts for only a single season. But in that brief time, Bill became a fan favorite companion and made history by being the first member of the LGBTQ community to travel with the Doctor. Also lending a hand in that final season was Nardal, played by the comedic genius Matt Lucas of Little Britain and Come Fly With Me fame.

Much of his success as the Doctor came from the brilliance of Steve Moffatt (who is also leaving the series) as the showrunner. Stories like “Listen”, “the Monks Trilogy” and “Zygon Invasion” played to Capaldi’s strengths as an actor and allowed him to further cement with fans what kind of Doctor he was. The Scottish actor delivered every line and performed every action to the full extent of his considerable talent. His predecessor Matt Smith may have been known for delivering epic speeches, but I defy you not to get goosebumps as Capaldi delivers his monologue about war in the “Zygon Inversion”.  He may have had a prickly demeanor which rubbed many the wrong way, but there was no denying he still cared deeply for those around him and strived to make time and space better. 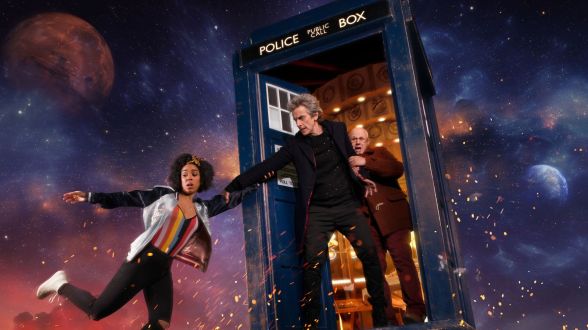 No doubt fans enjoyed his sarcasm and “too old for this crap” attitude, probably in no small part because those who have grown up with the current Doctor Who are themselves older. Believe it or not, it has been over a decade since Christopher Eccleston first told Billie Piper to “run”. While new Whovians are being introduced to the show everyday, those who have been with it for the long haul can probably appreciate the way Peter Capaldi played the character, and perhaps we saw a little of ourselves in him.

We are all bubbling with excitement over Jodie Whitaker’s impending arrival on the TARDIS (except for the cry-babies and man-children). No doubt we will anxiously be awaiting the long overdue arrival of the first woman to take on the role of the Doctor. But this Christmas night as we gather around the TV to watch “Twice Upon a Time” be sure to treasure every second of the final outing of Peter Capaldi as the Twelfth Doctor

One thought on “Farewell to Twelve: The Era of Peter Capaldi”