Plot: As the Flare virus that turns infected into zombies begins to affect the last human survivors, a group of young adults attempt to rescue their friend from WCKD, a corporation dedicated to finding a cure by experimenting on human subjects immune to the virus. 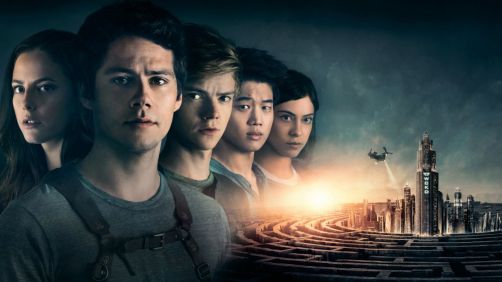 The Maze Runner trilogy is known for a lack of plot and general structure. Whilst the first film was solid enough, the second film was sorely lacking any direction. With that in mind, I hoped that the third film would bring the trilogy to a satisfying conclusion. Bluntly put, it didn’t. In fact, I would say that the perplexingly detailed action scenes and haunting sceneries are the only things done well enough in this final chapter. Sardonically titled The Death Cure, this film follows a group of young adults in their last attempts to stop the corporation WCKD from experimenting on them to find a cure for the Flare – a man-made virus initially created as a population control measure. The virus eats away at the brain, turning its victims into cannibalistic and irrational monsters, i.e. zombies.

The film falls immediately prey to the same short-comings of the prequels. Lots of loud action and a ton of running and blazing weaponry smothers any attempts to build a connection between the audience and the main characters. This particular film has an additional problem; a previously-vague detail that has permeated the entire series becomes rather preoccupying. Whilst other dystopian series have their main protagonists fighting an evil dictatorship or corporation who is oppressing and destroying life; in The Death Cure, it becomes uncomfortably obvious that despite some sadistic members, WCKD is justified in their efforts to find a cure for the Flare virus. Violent scenes from the prequels are forgotten as perspectives take a sharp, whiplash-inducing turn.

Yes, they kidnap, torture selected individuals, and go too far in certain cases, but in doing so WCKD becomes devastatingly close to finding a cure time and time again. As the swooping flyovers of desolate landscapes throughout the film show you, there is no other choice. There is no one else left. The few that are left mainly consist of society’s worst, the end result of which is highlighted in the climax point of the film. This eventually leads to confusion as an ageless impression begins to drown an already shaky plot; that is, it is not worth sacrificing the lives of many in order to save a few – something Thomas attempts to do several times throughout the film’s 142 minutes. In this way, this film personifies a strange dialogue between morality and necessity. 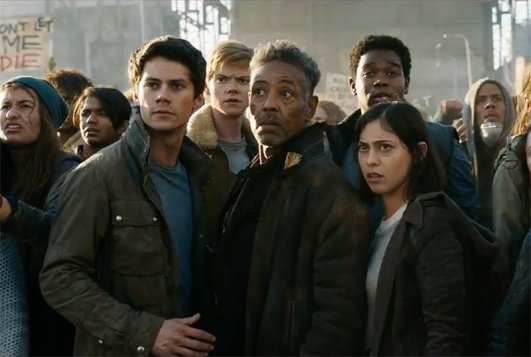 As time continues to run out and sides are chosen, I found that I couldn’t convincingly tell myself that the little group of intended heroes were in fact doing the right thing. The protagonists become stuck in the roles of self-absorbed, dissenting teenagers; rather than strong, vindicated characters. I found myself inclined to support the ‘evil’ corporation’s stance instead – a bewildering result for a dystopian genre film. Done well, this could be an incredible and intriguing film structure; however, in The Death Cure, it only caused me to feel emotionally disconnected from the characters and their reasons. Impressive apocalyptic scenarios incorporating time-sensitivity, fire, explosions, and death-defying stunts lack the desired impact as the driving emotion is missing. Copycat scenes from other films (every new film doesn’t need to have a Star Wars reference in it!) seemed forced and are at odds with otherwise stunning settings.

The main issue with the Maze Runner trilogy is that the plot tying the films together is so loosely secured and drenched in clichés you could watch The Death Cure without having seen the prequels and still make sense of what’s going on. As a concluding film, this is not okay. By those final moments, the audience should feel elation, grief, satisfaction, hope. They should be sitting in anticipation, desperately craving a happy ending for their favourite character, something that was only touched on in this film. They shouldn’t shrug their shoulders at the end and think ‘That was okay, I guess. The fight scenes were good.’

← Movie Review: ‘Call Me By Your Name’
Spotlight on Jimmy Stewart →