Plot: Christine, who prefers to be called ‘Lady Bird’, is approaching the end of school. She’s unhappy with being forced to attend a Catholic School, her limited options for college and the lack of faith adults seem to have in her.

Review: This film produced an interesting emotion. I was curious as to how I would have responded to it as a teenager. Sadly that’s not an option, I’m looking back on it as an embittered adult and trying to discern what makes it feel so truthful and how younger viewers may approach it.

‘Lady Bird’ is at an awkward point in her adolescence, and one that undoubtably causes a feeling of frustration in those who have managed to emerge from this cringe-inducing time of life. For one thing, Christine insists on everyone calling her ‘Lady Bird’, citing some half-baked logic about her right to name herself in a tone that yearns for ‘wise’. She makes some selfish mistakes, including abandoning her closest friend for an attempt to hang out with more popular girls. There’s a certain breed of films about teenage angst that feel honest and hard hitting (with the drugs and the sex and whatnot), but this less shocking incidents feel weirdly relatable.

Saoirse Ronan is absolutely amazing in the title role, and must’ve worked extremely well in tandem with writer/director Greta Gerwig to produce such a layered character. Despite or her flaws, Lady Bird manages to be both sympathetic and frustrating. She insists of pushing ahead with her plans to attend an expensive college far from home in spite of her mother telling her they can’t afford it or she’s not academically talented enough to achieve the required entry scores. Her blind insistence that people accommodate her makes it hard to side with her, but the subtle ticks she demonstrates when told she can’t fulfil her goals makes the audience feel sorry for her.

This is a real masterclass of acting, writing and directing from a talented young performer and a first time auteur. 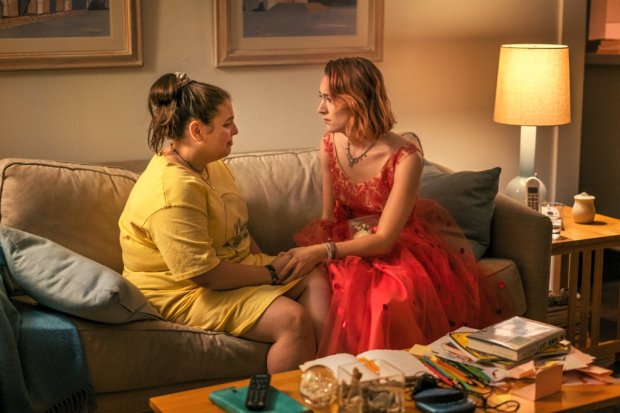