Plot: Agent Peggy Carter is now working for the Strategic Scientific Reserve in New York, but garners little respect from her co-workers he only see her as a glorified secretary who got the job after her fling with Captain America. Howard Stark, who is on the run, has been accused of selling weapons to opposing forces, approaches Peggy to ask her to help retrieve stolen technologies that are being used to frame him. Peggy becomes a double agent, working both sides of the case. 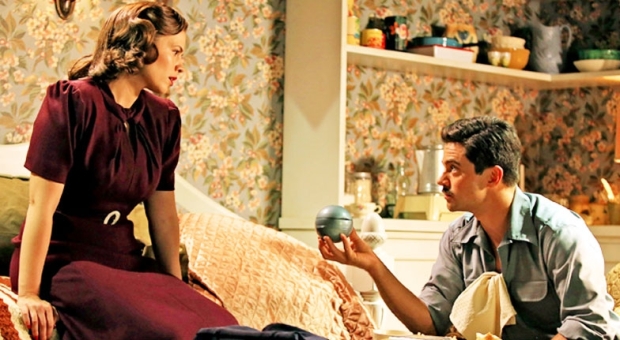 Review: Agent Peggy Carter is hardly the comic character you’d think would snag a headline TV series. She didn’t even have a name when she first appeared on the page, and subsequently only featured in flashback as Steve Roger’s love interest for that era. Although she fought alongside the French Resistance she didn’t expand her role much further beyond romantic interest. She did get amnesia once.

It’s clearly the damn fine performance by Hayley Atwell and depiction of the character in Captain America: The First Avenger that prompted this small screen adventure. Carter was shown as headstrong, a powerful combatant and very much the heart of the story and to leave her left behind in Cap’s backstory would be a waste of a perfectly good character. Instead, Agent Carter becomes the first female lead entry into the MCU. 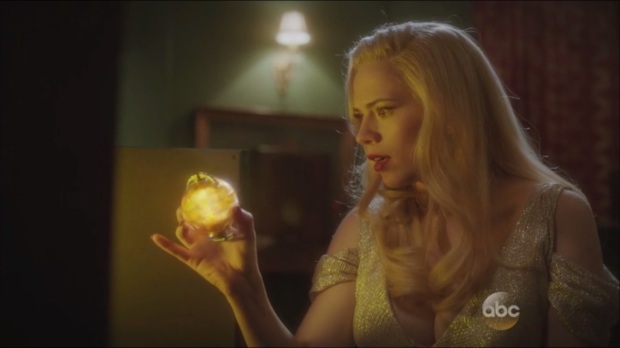 Rather than simply having Carter go through the motions this series casts her as being an outsider. She’s all but invisible to the men who control the world and they stubbornly refuse to acknowledge her abilities or potential. We love the focus on the role of women in this era, and how they reflect gender issues of the modern age, but there’s a certain irony considering how the MCU treats it’s women (still waiting on that female lead movie).

This is a perfect set up for Carter, who is forced to operate in a world of espionage without die credit or support. Stark puts her in the position of carrying out a complex and dangerous assignment while hiding it from her allies. She’s teamed up with Edwin Jarvis (the basis for Tony Stark’s initial AI system), who fills the role of comedic foil and bag man. Among their enemies are a Russian scientist with the ability to hypnotise through verbal control, a Russian secret agent from the same program that produced Black Widow and other members of the SSR who come to suspect Carter as being in cahoots with Stark.

To say more about the plot would give away some of the twists and turns the series offers up. Although short lived, this series easily trumped Agents of SHIELD immediately out the gate. It has a dynamic and powerful leading character, a complex spy plot with many layers of grey, great attention to detail of the period and exciting action scenes that will make you forget you’re watching a lower budget television version of the MCU.

If you didn’t catch Agent Carter the first time around, you really should take the time to watch it.

Credits Scene: Johann Fennhoff is imprisoned with his mouth wired shut. Out of the shadows steps his new cellmate, Armin Zola (Toby Jones).

Most Notable Easter Egg: It’s not so much an Easter Egg as it is an fully fledged plot point, but cool nonetheless. Dottie Underwood, the Russian assassin who haunts Carter across several episodes, trained at the Red Room Academy. This is noteworthy as being the same program that produced Black Widow.

Coolest Moment: Any moment when Carter goes into action is badass, but we can’t go past her reunion with the Howling Commandos as a series highpoint.

Any TV show being included on the list is going to struggle to compete with the big budget cinematic spectacles on offer. With that in mind Agent Carter does so much with it’s limited resources and has such a phenomenal central character that it deserves attention. Heck, it’s going to bump some major Avengers down the list.