In the past nine years Marvel Studios and Disney have released 17 movies and 8 TV shows with more currently in line for release. We’re either in the process of enjoying the latest release of anticipating what’s just around the corner. It barely gives us time to catch our breath and do the one thing all nerds love: organise them into a list.

So we’re going to revisit all of them in chronological order (or as we feel like it) and place them into a ranked list. We just saw and LOVED Thor: Ragnarok so that’s going to be the base line for everything else to be compared to. First on the chopping is the original Avenger of the MCU. 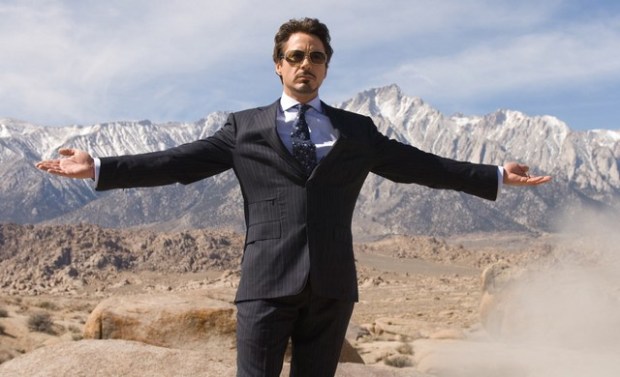 Plot: Tony Stark is a billionaire industrialist and genius engineer who leads the world in weapon design and manufacturing. When he is abducted and forced to work for a terrorist cell in the Middle East he instead builds a mechanical power armour to facilitate an escape. On his return to the USA Stark seeks to reverse the damage his company has done to the world and in the process fashions himself into a high-tech super-hero.

Review: This is a movie that had no business being successful. Through 15 years of development the film rights were passed from Universal to Fox and saw Nicholas Cage and Tom Cruise interested in starring at different points, saw Stan Lee, Stuart Gordon, Joss Whedon and others putting together scripts or coming on as directors, creating which pitted the hero against characters as diverse as MODOK and Howard Stark sporting the War Machine armour. Eventually the character rights were reacquired by the newly formed Marvel Studios in 2005. A year later they hired Jon Favreau to helm to project, starting from scratch, after the director and actor had worked with Marvel Studios head Avi Arad on Daredevil.

Initially Favreau sought to cast a relatively unknown performer in the lead role and wanted to approach the project as an independent production. Instead he opted to cast Robert Downey, Jr., as the actor’s past mirrored that of Starks. The story goes that the script was largely incomplete when it was time for cameras to start rolling, and it was Downey’s ease with improvisation and character that pulled it all together. Jeff Bridges has stated that it felt like a student film, and he learned to roll with it. With the removal of heavy studio control and a left-of-field approach the team produced an instant classic and set the groundwork for how Marvel and Disney would continue to approach the franchise moving forward. 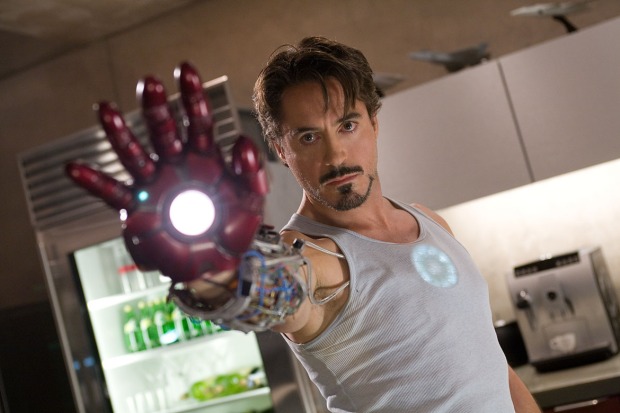 Although Iron Man is very far from being a B-Lister he wasn’t a household name to the general movie-going public. He’d featured in animation in recent decades but was an essential unknown. To this end Iron Man is very much an origin story, dedicating most of the running time to establishing the characters and the process of Tony Stark becoming Iron Man. This has paid off in the long run with the well fleshed out leads helping carry the franchise as a whole and helping ground the outlandish concept by staggering the development of the armour across three versions. The story also grounds itself in familiar superhero tropes with the core plot working through common clichés. The love interest who was in front of them the whole time, the colleague who turns out to be evil, the hero dangling off the edge of a building – it’s nothing we haven’t seen before. 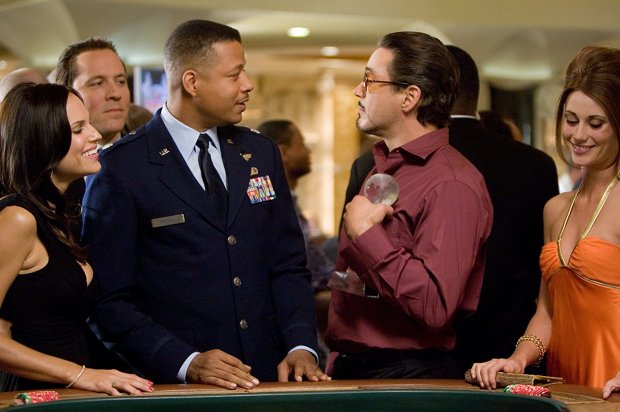 Oh, and Terrance Howard was in it.

What gives the movie a unique spin is Robert Downey, Jr. playing Tony Stark. His character development is less about nobility and more about responsibility, and his arc goes from being a complete asshole to slightly less of an asshole with better intentions. His charm and quick wit makes him incredibly watchable and while the action may be a bit generic he sweetens the deal every step of the way.

The only character to get short changed is the villain. Jeff Bridges is plenty of fun as the deceitful Obadiah Stane, who later becomes the Iron Monger, but we don’t get much in the way of motive or an arc. If it wasn’t for Bridges bringing his talent to the table he would’ve felt like a clunker of a finale.

Overall this is a damn fine effort from all involved and definitely holds up to this day. Quite often superhero origin stories feel dragged out on repeat viewers, but Tony Stark is never boring to watch.

Credits Scene: This was certainly a surprise when it happened. The idea of a ‘cinematic universe’ was a foreign concept and banking on a superhero franchise was dicey at best. When Samuel L. Jackson turns up at Stark’s pad and drops mention of ‘The Avengers Initiative’ we didn’t believe they’d pull it off.

Most Notable Easter Egg: There’s so many easter eggs in this series we can’t list them all, so we’re just going with the Cap’s shield some sneaky props master slipped into shot and later had to be (sort of) explained.

As stated before, we’re going to work through the franchise an rank everything from best to worst. In this case it’s simply ranking Iron Man against Thor: Ragnarok. Whilst shell-head here gets plenty of traction for being the pioneer it gets a bit bogged down in cliché and T:R is some a bizarre, creative joyride.

We’ll be back soon with The Incredible Hulk!