The MCU Ranked: ‘The Defenders’

Good thing Netflix is gearing up a new Luke Cage season, otherwise I might get some free time on my hands! This entry brings us up to date on the Netflix branch of the MCU. 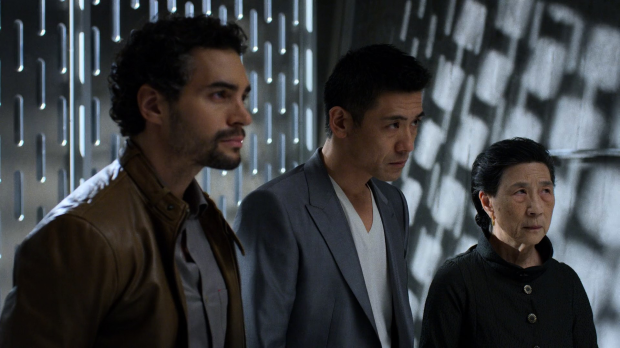 Plot: Ancient mystical order The Hand are on the verge of launching a scheme that will destroy large areas of New York in order to sustain their immortality. Four different vigilantes become aware of their actions and join forces to stop them. 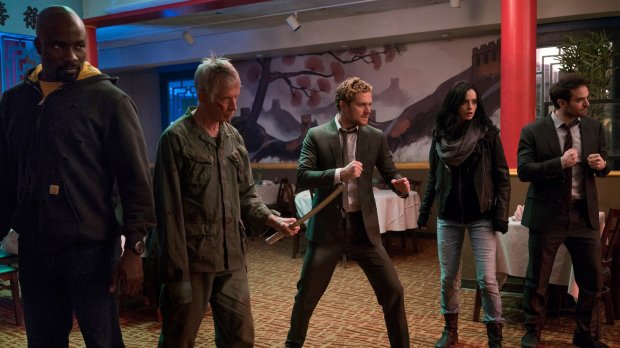 Review: Daredevil was the first small screen Marvel adaptation that truly felt like part of the MCU. Agent Carter was fantastic but set decades previous and Agents of SHIELD had its own problems, but Daredevil was of such a high quality it felt like it could have been in the same world. Jessica Jones and Luke Cage maintain the trend by smartly tackling issues of sexual assault and cultural identity. Everything was perfectly lined up for the shows to merge together into an epic Avengers-style cross-over.

Pity they stumbled just before the finish line. As we’e already discussed, Iron Fist was a dud. The rushed production and mishandling of the characters and casting put poor Danny Rand on the back foot while his team-mates were confidently striding forward. This may not have been to much of an issue in The Defenders but Rand becomes a lynchpin in this plot. Daredevil and Elektra’s arc has an epilogue and Cage and Jones are here, but Iron Fist is the only one of the heroes essential to the plot.

Over the course of the seasons we’ve been introduced to Lady Gao and Bakuto as second tier villains, but the truth is that they’re immortal ‘fingers’ of The Hand, the mystical ninja resurrection society seen in Daredevil season 2. They’re joined by their peers Sowande, Murakami and Alexandra in New York where they’re planning to unearth the skeletal remains of a giant dragon located under Hell’s Kitchen. This is needed to sustain their immortality, and they’d used the remaining supply to resurrect Elektra and the ‘Black Sky’, their secret weapon. To achieve this they need Iron Fist to open the way for them, and the excavation would cause huge areas of the city to collapse. 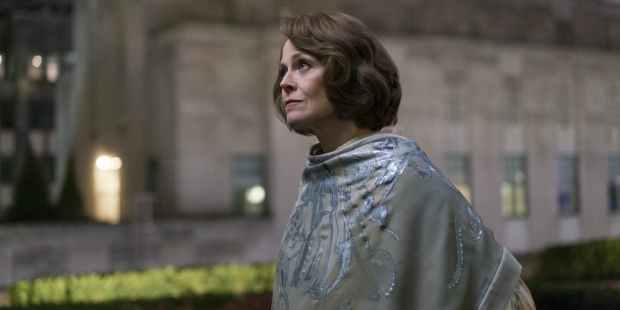 One thing that is done well with the Five Fingers, particular Alexandra, is how long they’ve been around. There’s some on-the-nose references to their influence and experiences over the centuries, but they effectively convey how well they understand each other and the complexities of the organisation and rivalries. Much of this is conveyed by the brilliant performance by Sigourney Weaver, so it’s a shame that she gets bumped out for Elektra to take the lead villain role in the third act. It was ultimately a pointless change, as it doesn’t change the story or the relationships between the characters, they just wanted to give Daredevil more of the spotlight.

So this is one of three key groups we see in this show. In addition to the Defender’s themselves we have their B Squad comprised of Misty Knight, Claire Temple and Colleen Wing who come together to fight Bakuto and support the main team. It’s great that Misty and Colleen get decent roles in this miniseries because they’re both badass characters who need all the screen time they can get up to and including their own ‘Daughter’s of the Dragon’ series. Now please. It does make absolutely no sense that Claire tagged along at the end beyond plot convenience and a death wish.

Finally we have our title characters, the Defenders. First of all, it takes them a ridiculously long time to get them on the screen together. The first episode is essentially a series of disconnected plot threads that still need a solid two hours to become intertwined. The major selling point is putting these guys on screen together so they can partake in their favourite hobby (fighting mobs in corridors) together, it’s insane that they didn’t do this in the first episode. Even when they do some together it isn’t long before they split up again. 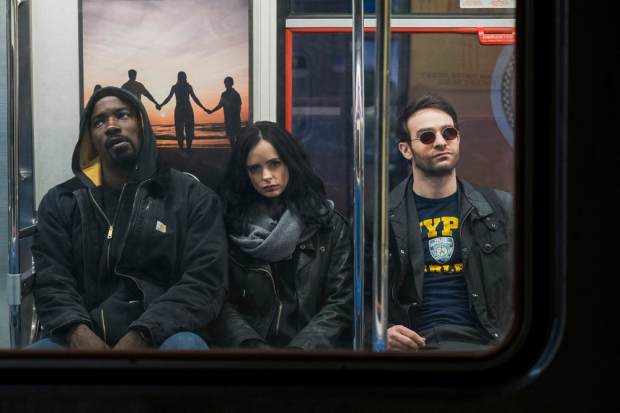 Each of the performers bring their own strengths to the table and while they don’t immediately click like The Avengers did in their first cross-over they do have some good banter. Iron Fist explaining the source of his powers to Luke Cage and Jessica Jones giving less than half a crap all make for entertaining dialogue scenes. They made some progress with Iron Fist, loosening him up a little, but that character in particular still needs work.

Whilst there are some good action scenes peppered throughout the finale is seriously anti-climatic. It takes place in a dark cavern, making the whole sequence difficult to watch. Some of the choreography is just flat with some of the heroes comically popping up behind bad guys and clonking them out with one hit. It’s a shame they didn’t take a look at what the Russo Brothers had going on, they may have produced something a bit less generic looking.

Most Notable Easter Egg: Surprisingly light on Easter Eggs this time around. The best we could rummage up is a reference to ‘L. Carter’ on the board in Misty’s hotel room, a reference to comic character Night Nurse.

Coolest Moment: The first time up fight in the hallway, which has better flow and impact that all subsequent fight scenes.

This really should have been The Avengers on the small screen, but they put the focus on the wrong things. Keeping it grounded and centred on gangsters and street level threats rather than going global with The Hand might have been a smarter move.

2 thoughts on “The MCU Ranked: ‘The Defenders’”