Supanova Perth has been and gone for another year, and this one was heaps of fun! We love seeing the cosplayers and enthusiasm of the local geek community, and we love meeting the stars of our favourite shows and movies!

We’re extra excited this year because one Supanova guest who took the time to sit down with us is none other than Summer Glau, star of Firefly, Terminator: The Sarah Connor Chronicles, Arrow and more.

Enjoy the audio or transcribed versions below (and apologies for some audio issues :/)

G Funk: This is the House of Geekery and we’re at Supanova Perth 2018 and we’re talking to – correct me if I don’t pronounce this right – Summer Glau!

GF: You were the star of Firefly, Terminator, Dollhouse, The 4400, The ‘Arrowverse’…with all those shows you have, without a doubt, the longest line of fans waiting to see you. What attracts you to these ‘geeky’ projects?

SG: (Laughs) The roles! The roles, the roles! You know, when I first came to L.A. I was not afraid to just wait for the right thing for me. I can read something and sometimes it’s a great job but it’s not right for me. I don’t know if I would bring something to it that would work creatively, that it would inspire me. Science fiction and genre is a great fit for me. I like that the characters can be unexpected, kinda quirky…that’s how I am. I’m a bit nerdy myself and a bit ‘off’ a little bit. I don’t know I’ve found a great home here.

GF: The fans respond really well to your work and I’ve noticed that you talk to the fans quite a bit at the conventions.

SG: Thank you! I feel honoured that people share their time…time is our most precious commodity and they come and share their time with me. I want to feel like I’ve connected. 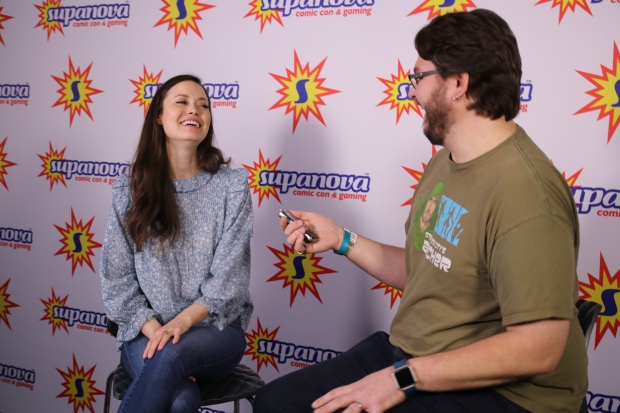 GF: A common thread to of your characters in what I’ve seen is that you often come across as a rather delicate character who has an underlying danger and strength to them. Is this who you are in real life as well?

SG: I love that! I’d like to think so, a little dangerous…

GF: Could you kick my ass?

GF: You probably could. You do fight training, right?

GF: Your first appearance on TV was in Angel, how did that go to one of the starring roles in Firefly?

SG: A little miracle, I guess. I hadn’t ever tested for a series regular on a network show before. I was lucky to have worked with Joss right before he started casting Firefly and I guess he thought of me, thought “maybe she’d be right”. I feel like it was the perfect role for me in my life at that moment. River was…a little removed, a little out of her element, vulnerable, a little of a live wire…I was able to experiment in that role and Joss and the rest of the cast gave me a very safe place to experiment, take risks, make mistakes. It really was a perfect fit for me. 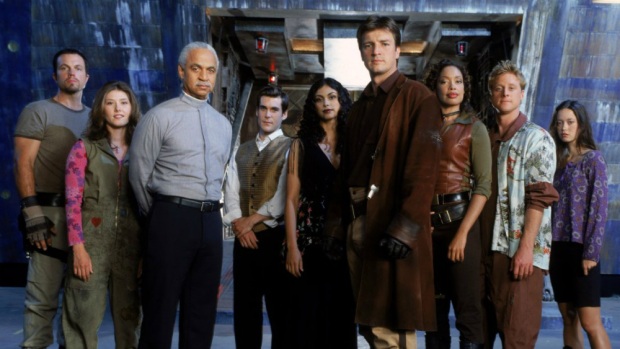 Glau (Right) with the cast of Firefly.

GF: That’s really cool. Before we wrap up we have one question we like to ask everybody. You’re very well known for particular roles – playing a Terminator, playing River – is there a role or a project from the past or upcoming that you want people to be more aware of?

SG: Oh…well, hopefully something upcoming when the time is right. I wouldn’t say other roles. I love River, I love Firefly…she’s been an incredible addition to my life, she took me on this incredible ride and I also love that she’s been there for certain people. People come up to me in line and they say, “River really inspired me”, or “she was there during a dark period of my life”. That is incredible to have been the one to serve in that story in that way.

GF: And Firefly was, in terms of the grand scheme of television, was just a blip…

GF: …it just resonated, it was such a special show.

GF: We tried, we really tried!

GF: We were such huge fans and we pushed…if they gave you the chance would you go back now?

GF: Yeah. It wouldn’t be the same.

SG: It wouldn’t be the same because it was just a magical combination. I feel so protective of the fans of their love for it I’d be worried to go back…I was talking to someone yesterday about this and she said it’s almost like when you fall in love and you love all the things you think this person is and could be. You can take the characters and you can guess the rest and fantasise about the rest about where that character would go and what would happen next and that would be different for each person. I would imagine something different for their future than you would and there’s something romantic about that.

GF: I friend of mine wanted to know why River Tam came into his dream once and burned his house down, so obviously he’s got some very different ideas about it to!

GF: I’ll tell him that! Thanks for sitting down with us, our first Supanova interview was actually with Alan (Tudyk) years ago…

GF: …yeah, it’s been really great touching base with another Firefly veteran. Thank you so much for your time!

SG: Thanks. Thank you.