Given the scope of the television shows we’re going to be adding them to the list one season as a time. We’ll also be switching up the format as appropiate. 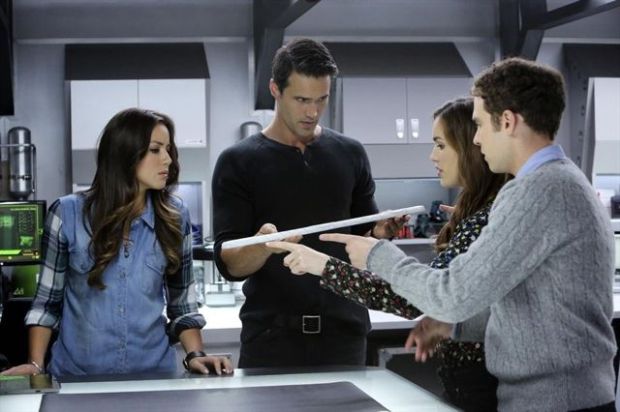 Cameos: Stan Lee makes his obligatory appearances as a ladies man, Samuel L. Jackson drops in as Nick Fury to add a degree of legitimacy to the series, Cobie Smulders reprises her role as Agent Maria Hill from time to time. Maximiliano Hernández plays Agent Jasper Sitwell, an ally of Coulson. Jaimie Alexander appears as Sif in an Asgard related plot. Patton Oswald appears twice as a set of twins who become a recurring role.

Plot: Agent Phil Coulson is resurrected under mysterious circumstances after his death at the hands of Loki in The Avengers. He puts together an unorthodox team of field and research specialists and travels the globe looking to recruit or contain super-powered artefacts and people on the behalf of SHIELD.

Review: Agents of SHIELD was an initiative of Joss Whedon, the popular creator of geek culture and director of The Avengers. The SHIELD Agents who appear in the MCU had become fan favourites, especially Agent Phil Coulson (Gregg) who began appearing in films as early as Iron Man. His cool demeanour made him an intriguing and entertaining character, and his fan base had grown with the short MCU films which filled in some gaps between the films. Coulson’s popularity saw this character make the leap into the comics and the Ultimate Spider-Man animated series.

Whedon envisioned this show to expand on this character and explore the behind-the-scenes machinations of SHIELD. Putting aside the fact that learning more about a clandestine organisation risks demystifying them and taking away what made them appealing, the concept is bound to be a fan pleaser. Unfortunately for every good idea they had there were multiple obstacles which set the show back. 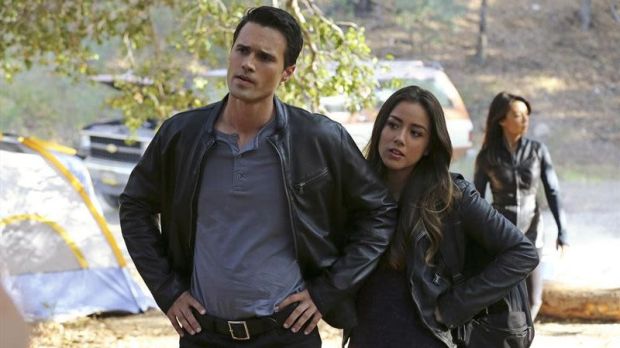 Being a spy-centric program they wanted all the characters to be potential double agents or betrayers or at least have mysterious back stories, so we learn very little about the characters. They want to have comedy born out of the characters interactions, but everyone is so guarded much of the witticisms feel forced. The shows wants to be tied to the cinematic Marvel Universe but the very few and far between cameos from support cast only highlight how little connection exist between the two. They want to show a wide reaching, well resourced agency on a television budget mostly drained by the CGI needed to put the show in the established MCU. By the time the show actually finds its feet and starts building longer plot threads about Skye’s (Bennet) background and Coulson’s resurrection the events of Captain America: The Winter Soldier throw everything completely out of whack and they have to reestablish the setting and characters from scratch.

Basically the showrunners have good ideas and intentions but are stuck pushing a boulder uphill for the entire season.

The show begins with Coulson putting together his team. We have Agent Ward (Dalton), a seasoned field operative, Agent May (Wen), a legendary combat specialist who doesn’t want to be in the field and Fitz and Simmons (Caestecker and Henstridge) working in the science department. Their first mission sees them investigating the appearance of a super-powered civilian (Richards) and recruiting activist hacker Skye to help them. Skye becomes an official consultant and, later, a full member of SHIELD. As a team they investigate unusual occurrences and determining whether they’re a potential recruit or a threat to be contained. These initially take the form of monster-of-the-week but later all get wrapped up in ongoing plots about ‘Centipede’ and Hydra. 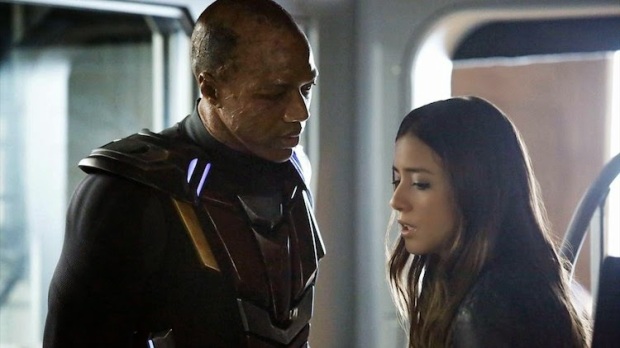 One of the biggest plot threads through the show is the resurrection of Agent Coulson following The Avengers. Coulson being stabbed by Loki is the event Fury uses to bring the team together and motivate them enough to defend New York City, and it was one of the most impactful and unexpected moments in the franchise. Rewatching the movie and knowing that he’s going to be brought back in secret cheapens the whole sequence. They tease out the reveal of how this happened for a large chunk of the season and it comes around we get more questions instead of answers. Why TV writers still think this is a good idea is confusing.

When we get to the close of the season everything gets chucked out the window, established enemies get supplanted, the character relationships get reset, the world of the characters gets erased and most of everything that had gone before is moot.

Whilst the show is entertaining in its own right the end result is of a fleeting experience. We don’t know enough about the characters to feel fully invested in their arcs and everything the show had established was ultimately meaningless. It could have been much more as a stand-alone project rather than trying so hard to reign itself to the MCU, a move that was not reciprocated and constantly opens up plot-holes.

Credits Scene: They kinda have one every episode, and they’re usually just gags, so we’re not counting it.

Most Notable Easter Egg: Throughout the series we have seen Peterson (Richards) transform into comic villain Deathlok. He never resembles his comic counterpart except in episode 16 where an X-Ray reveals his mechanical implants. 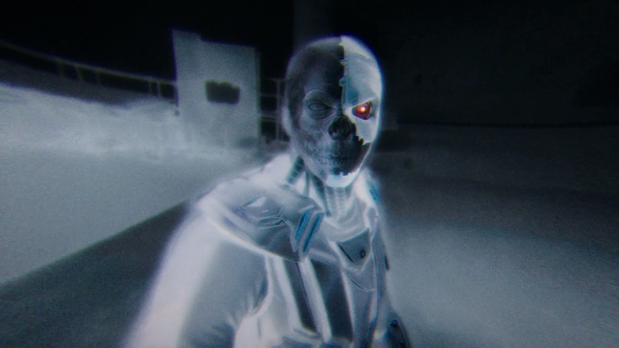 Coolest Moment: Whenever Agent May goes into action. She’s the one consistently entertaining character in the first season. Sif making an appearance is also awesome. 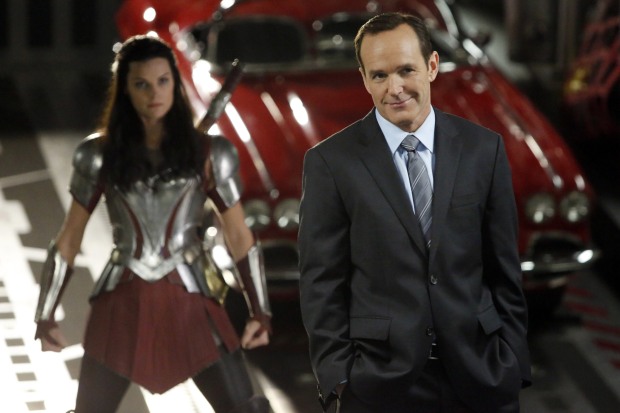 Whilst the show is not bad in any sense of the word it is so hindered by expectations and limitations that it never comes into its own. Hopefully it picks up because we have another four seasons to get through.

← Movie Review: ‘Three Billboards Outside Ebbing, Missouri’
Things that Made Geeks Happy in 2017 →