Part…holy crap, 27?!…of this ongoing series and we’re starting to catch up on Phase 3! First it’s time for more Agents of SHIELD. Time for their usual espionage and betrayal runaround. How do they mix it up this time? Ward will be evil, again? Or just chuck in Ghost Rider.

Wait, Ghost Rider is in this? Damn.

Cameos: A couple of old faces return including Axle Whitehead as the Inhuman J.T. James/Hellfire and B.J. Britt and Trip. Patton Oswalt reprises his role as various Koenig siblings. Brett Dalton also returns as yet another version of Grant Ward.

Plot: Over the course of the series the newly formed SHIELD, under a new super-powered director, encounter the mystical being Ghost Rider, infiltration by android replicants and being trapped in a virtual reality.

Review: I haven’t followed the show closely enough to know what the thinking was behind the scenes, but the introduction of Ghost Rider is certainly surprising. The movies were about to introduce magical elements into the universe quite directly with Doctor Strange, but this is the first time established characters encounter it. Unlike the more recognisable comic book character this version is based on a newer character, Robbie Reyes, and drives a flaming muscle car rather than a motorcycle. He’s also imbued with a more sympathetic story by way of a younger sibling in his care.

Once you mentally adjust to the fact that science based Agents of SHIELD delving into the supernatural this portion of the season runs pretty routinely. Quake is a fugitive and they have Patriot heading up SHIELD but everything falls into place before long. Ghost Rider is, as ever, one of the most visually striking comic characters in history and they do him a service here. Even working with a TV budget they do a decent job of his transformation from normal dude to flaming skull. Quite often it’s more impressive than the big budget Hollywood version.

What was most interesting about the character occurs before he’s introduced to the story proper. We have scenes of investigation by Quake, learning about the street cult building up around the mysterious figure. This would have been an interesting angle to pursue further, keeping Ghost Rider in the shadows for a bit longer. Whilst the story is a bit flat it’s overall good to see the showrunners taking on such a bold new direction.

As we said before, this is but a portion of the season. Rather than rolling out a season-long story (which always feels needlessly padded on this show) they have split season 4 into three ‘pods’, each of which focuses on a different major character or story from the comics.

Second up is the Life Model Decoy story. This involves Fitz and Radcliffe having perfected an artificial intelligence android who can pass for human. This, as you’d expect from a world featuring Ultron, causes more than a few ripples. Whilst there’s some interesting ideas here the story ends up meandering around with some nasty Russian dude and only ramps up when it begins aping Invasion of the Body Snatchers in the third act. There’s no reason this thread couldn’t have been introduced earlier.

Finally we have the ‘Agents of Hydra’ portion of the season. In this the key players are unknowingly trapped in a virtual reality alternative universe ruled over by the Life Model Decoy Aida, now known as Madam Hydra. In this world SHIELD has been overturned by Hydra who have rewritten the history books and holds tight control over the people of the USA. Coulson is a paranoid teacher, Fitz is second in command to Madam Hydra and a sadist who experiments on Inhumans, May and Daisy are still agents, with the latter being in a relationship with Ward, Simmons is dead, Patriot is the leader of the resistance and Mack is a family man.

What makes it interesting is the monkey-paw twist each character has been saddled with. Fitz, for example, always felt abandoned by his father. In this reality his father has been more present in his life but corrupted his nature into a leader of Hydra. At first this role didn’t seem to work with the actor, but as the episodes went on he seems to find his feet and make it work.

As the seasons have gone on the TV shows have become increasingly distanced from the movies. None of the Defenders got a nod in Infinity War and the AoS only plays lip service to their big siblings. This is most apparent in the ‘Agents of Hydra’ when none of the Avengers get a mention in the rewritten history. A mention of Captain America never turning up after WW2 would’ve gone a long way to fleshing out the world, perhaps linking it to the rest of the superheroes dying during the Chitauri invasion of New York. Coulson’s classroom would’ve been perfect for this exposition.

When the team breaks free of the Network reality the three distinct story ‘pods’ pull together with Aida trying to become human, Mack refusing to leave the Network and Ghost Rider wanting to retrieve the evil magic book Aida had been using. It becomes a surprisingly emotional couple of episodes with Yo-Yo trying to save Mack, Fitz and Simmons facing some real issues with their relationship and Coulson going full Ghost Rider. Based on the conclusion alone this is the strongest season of the show. If they stick with this format it’ll just get better. I always felt it shouldn’t followed more of a monster-of-the-week format anyway, give it some retro charm.

Most Notable Easter Egg: This little nod towards previous Ghost Rider hosts is worth a mention. Fingers crossed for a Nicky Cage cameo! 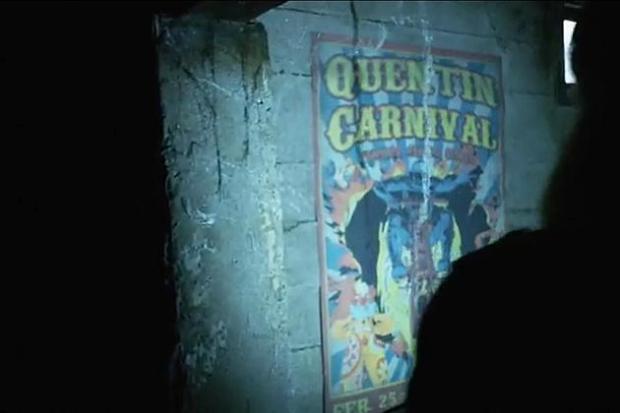 Coolest Moment: I’m a sucker for any show like this pulling the whole evil alternative reality routine. It’s hackneyed, but in a well established universe it’s often fun and the reveal of the Agents of Hydra universe was highly effective.

Although this moment was a close second:

This easily ranks above the previous seasons of the show, and even above the second round of Agent Carter. We were tempted to slot in in above Iron Man 3 or Captain America: The First Avenger, but it’s pretty hard to ignore the charisma of the cast and awesome action of the those films. It’s not completely fair to judge a TV show by Hollywood superhero films, but that’s the list.

Click those titles to check out the previous entries.

16. THE AVENGERS: AGE OF ULTRON