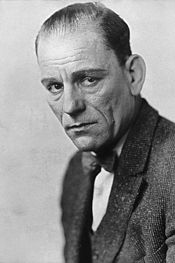 When he accepted his Golden Globe for Best Director, Guillmero del Toro name dropped an actor who many revere as the first monster of filmdom, Lon Chaney. Those who are not well versed in film history probably responded to this with a resounding “who?”. Which is why I chose to write about the man who introduced American moviegoers to the horror genre. Originally from Colorado, Chaney was originally a performer on the vaudeville stage where he developed a taste for entertaining audiences. In 1917 the actor waltzed into Hollywood during the Silent Era, with a make-up kit and a commitment to his craft which would change the movie business. The actor created numerous terrifying characters to grace the big screen and give nightmares to the audience and setting the prototype for the American horror film in the process. Lon Chaney became known to audiences as the Man of a Thousand Faces for his ability to transform himself. No matter how frightening he was in appearance, his characters had a certain humanity which evoked sympathy from moviegoers. His make-up techniques were so far ahead of their time that experts in the field still puzzle over his methods. In honor of the scariest man on the silent screen, here is some of Lon Chaney’s best films. 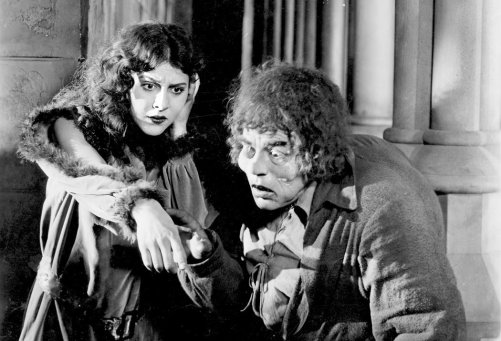 Hunchback of Notre Dame: Many claim the 1939 version of Victor Hugo’s novel is the definitive film based on the Hunchback of Notre Dame, but I respectfully disagree. In what is arguably his most grotesque make-up job, Lon Chaney delivered an absolutely heartfelt performance as Quasimodo. As the story goes, the hunchback was raised as the bell ringer in Notre Dame by the kindly Don Claudio and the evil Jehan. Their prejudice towards the gypsies, especially Esmeralda causes chaos in the streets of Paris between the church and the gypsies. Quasimodo is drawn into the middle of the conflict due to his feelings towards the gypsy dancer. The Hunchback of Notre Dame is credited as the feature which raised Chaney from being a popular character actor to a full-fledged leading man. 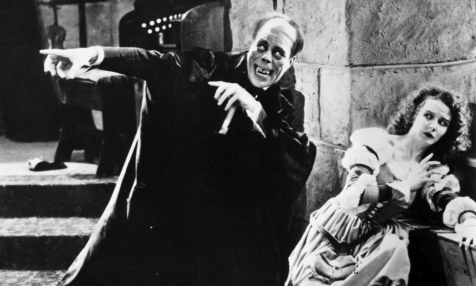 Phantom of the Opera: Before Andrew Lloyd Webber got his hands on it, every adaptation of Gaston Leroux’s famed book took place in the realm of horror. To this day Chaney stands as the best actor to every play the role of the mysterious Phantom. Utilizing his clout with the studio he was able to keep the look of his creation a secret, and the ad campaign was built on the idea of what horrific creation was Chaney going to unleash this time. To this day the famous scene where Christine unmasks the Phantom hits audiences with a shock. The film remains true to its source material as it follows the singer Christine who is stalked by the disfigured Phantom who dwells beneath the Paris Opera. The film is also notable for its experimental use of technicolor during the famed ballroom scene. 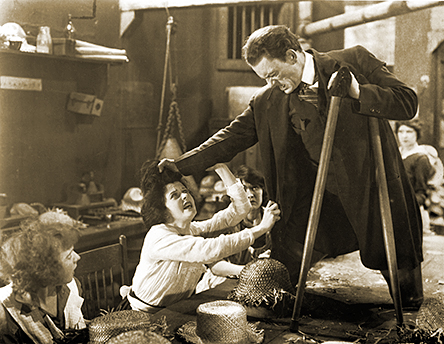 The Penalty: Lon Chaney’s commitment to his character extended past putting make-up on his face. In 1920’s the Penalty he portrayed Blizzard, a ruthless criminal who has vowed revenge on the doctor who mistakenly amputated his legs when he was a child. The actor refused to rely on camera and staging tricks, and instead built a harness which kept his legs bent back at the knees in order to give the appearance that his legs were not there. The pain he must have endured is channeled into his character, as Blizzard is a vile and evil character who has no problem manipulating the daughter of his enemy to accomplish his ultimate goal.

He Who Gets Slapped: Not all of Lon Chaney’s character were scary as many were very tragic as well, including the character of Paul Beaumont or as he became know “HE who gets slapped”. In a film recently added to the National Film Registry, He Who Gets Slapped, shows Chaney as a once prominent scientist who loses everything to his wife and an evil baron. As if stealing his life’s work is not enough, the pair humiliate Beaumont as a clown and publicly slap him in front of all of his peers. Years later Beaumont is now living as a clown in the circus whom the other performers slap on a nightly basis as part of the act. He begins to have feelings for a woman he works with in the circus, but the baron shows up intent on having her as well. He Who Gets Slapped is a tragically beautiful film, and as a side bit of trivia is the first picture to feature MGM’s Leo the Lion. 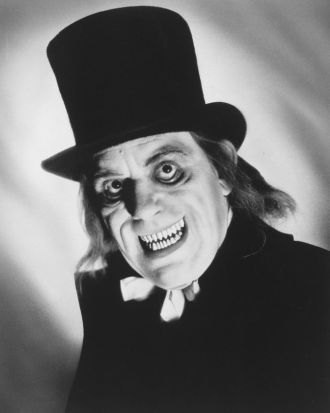 London after Midnight: It may be strange seeing a movie largely considered lost to time on this list (in fact many historians consider this the Holy Grail of lost films). Yet enough stills of London after Midnight still exist and they have been crafted together with a still existing script to give us an idea of what this movie is about. This is a particularly atmospheric flick, where a strange man with in a top hat and cape with rows of sharp teeth visits a creepy home with a pale ghostly woman. There are those suspicious that this guest could be a vampire responsible for a murder which took place years ago in the home. Though critic of the time wrote that this was far from the best collaboration between Chaney and director Tod Browning, the nightmarish creation of the “Man With the Beaver Hat” as well as its status as lost has made fan buffs clamor over it. 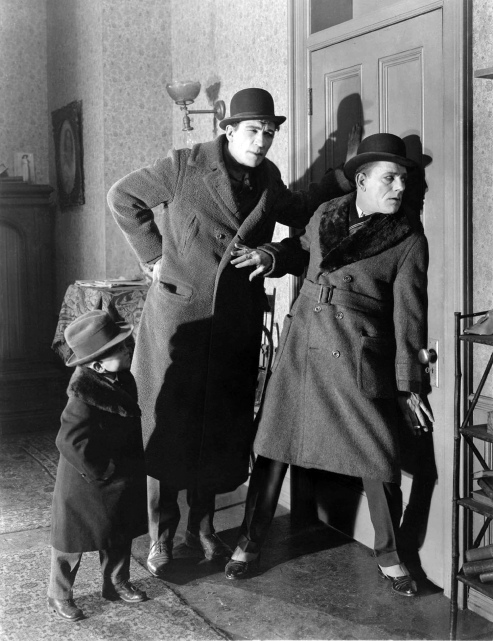 The Unholy Three: Directed by frequent Chaney collaborator and horror legend Tod Browning, the Unholy Three is one of the stranger films of the Silent Era. Three sideshow performers; the ventriloquist Professor Echo (Chaney), the strong man Hercules, and the midget Tweedledee, hatch a scheme where they pose as a family who run a pet delivery service for the wealthier citizens. After learning what they can from the delivery they proceed to rob their clients. When Hercules murders one of their victims, the law comes down on the unholy trio. Echo had been hiding out as the elderly Granny O’Grady but his disguise is found out and he is taken to trial. The moment of this film which sticks with viewers is a sympathetic Professor Echo bidding the woman he loves to go along with the man she loves with the phrase “That’s all there is to life,friends….just a little laugh….just a little tear”. Even without sound his emotions pour through the screen leaving a lasting impression. In 1930 the film was remade as a talkie with Lon Chaney reprising his role, unlike many other silent performers he showed little trouble in transitioning to this new era of sound. Many concluded that he, like Charlie Chaplin, would be able to maintain his previous popularity. Unfortunately the actor passed away shortly after the release of this picture leaving the Unholy Three as his final work.