Five Most Controversial Movies Ever

Just like any other form of art, film is a medium where entries have ruffled feathers to say the least. Numerous movies have featured elements which were crude or offensive which decent people find shocking. But occasionally such a film is of such an artistic merit that it is a game changer and causes people to have conflicted feelings about them. These kinds of movies create controversy and audiences still talk about them for decades after they have been released. So submitted for your approval here are the Five Most Controversial Movies Ever. Ahead of time this list is for controversial films which hold artistic merit and not made purely for shock so movies like A Serbian Film or Salo or the 120 Days in Sodom will not be found. Warning ahead of time many may find this list NSFW.

Birth of a Nation: This 1915 flick directed by DW Griffith, stands as the first feature length motion picture in film history and completely changed cinema forever being on a scope and scale never seen before by audiences. It is also a piece of racist propaganda trash, which inspired the return of the Ku Klux Klan in their modern incarnation. Many forget that following the Civil War racial integration was meeting with some success. In fact many African Americans across the South were elected to local, state and national political offices. In Birth of a Nation, these heroes who broke through adversity and glass ceilings were the portrayed as the villains.  White actors painted in blackface terrorized the white families of the south, leading to the “heroic” Klansmen riding in and save the day. The film began a tide which halted progress in race relations as a new wave of violent white nationalism arose. Citing Birth of Nation as their inspiration, the Klan returned in force shortly after the premier of the film. The movie became one of their biggest recruitment tools and during the Atlanta premier the Klan donned their hoods and rode down Peachtree Street. Infamous racist President Woodrow Wilson held the first White House movie screening to watch this movie and praised it, falsely believing it to be historically accurate. While Birth of a Nation holds a place in history as the first highly produced epic in filmmaking, it also has a much darker reputation as well. 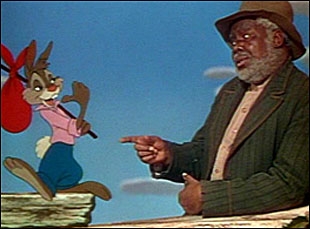 Song of the South: Walt Disney and his production crew were constantly trying to discover new ways to give audiences movies with something they had never seen before. Walt’s sadly forgotten partner Ub Iwerks, developed an animation style to overlay cartoons over live action. This groundbreaking technology was first put to use in the highly controversial Song of the South. This lively and colorful movie, featured stories of Bre’r Rabbit and his friends, courtesy former slave Uncle Remus. This film has come under constant fire, mainly for its portrayal of the antiquated myth of the kindly master looking over his happily obedient slave. The character of Uncle Remus checks off a number of offensive and antiquated stereotypes as a happy-go-lucky simpleton. Yet  the production value and advances the film pioneered can not be denied. Even the NAACP in their official condemnation of the movie admitted to the artistic merit Song of the South held, and it led to star James Baskett being the first African American to be given an Academy Award. Despite this Baskett could not even attend the film’s premier in Atlanta, because of segregation during the era. Acknowledging the controversy, Disney has not made Song of the South available to own in the United States market. But the characters from this film can be seen in other projects from the entertainment giant, most notably in their Splash Mountain rides.

A Clockwork Orange: The science fiction masterpiece from Stanley Kubrick, features a protagonist who is a rapist, thief, gang member, murderer, and all around horrible person. As per the course, Kubrick never talked about any meanings he may have intended for the film to convey, rather he let his work speak for itself. And this movie had a lot to say as a Clockwork Orange dealt with the issue of violence and its role in society in a way that people have been debating for decades since. The film features a main character in Alex DeLarge (brilliantly played by Malcolm McDowell) who is a loathsome sociopath, or he would be if it were not for the fact that he was so cool and charismatic. Due to this many have charged the film with making violence more appealing and acceptable and lumped in alongside flicks like: Straw Dogs, Dirty Harry and other films of their ilk during that era. Upon it’s American release the MPAA hit a Clockwork Orange with a X rating, though that has been downgraded to an R currently. Even the normally unflappable Stanley Kubrick was not immune to the blowback as he requested the film removed from British distribution when it began to inspire copycat crimes. 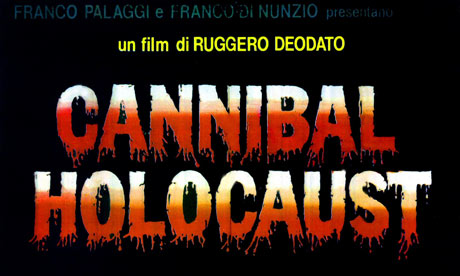 Cannibal Holocaust: Raise your hand if you have ever made a horror film so gruesome and violent that you were arrested for it. Right now, Ruggero Deodato is probably the only one with his hand up. Having built a career on cannibal exploitation flicks, Deodato made his magnum opus with Cannibal Holocaust, the first ever “found footage” horror movie. When cannibalism is the least offensive element of your horror movie, things are bound to be rough. Cannibal Holocaust follows the discovery of the last known footage from a group of students who went to explore and document a hidden tribe in South America.Those unfortunate enough to watch their footage witness sexual assault, cruelty to animals and a host of other depravities….but not committed by the supposedly uncivilized tribe. The film proved so intense that the director was brought up on charges of obscenity and murder, forcing Ruggero Deodato to prove he did not in fact kill any actors in the making of the movie. In the years which followed many countries went so far as to ban Cannibal Holocaust from being shown.

The Passion of the Christ: Notorious Hollywood crazy person, Mel Gibson had the crazy idea that he would make a movie about Jesus Christ. But this would not be about Christ’s life or teaching but rather his brutal torture and crucifixion AND all the dialogue would be in Aramaic, Hebrew, and Latin. Gibson was not the first to stir up controversy making a film concerning Christianity as; the Last Temptation of the Christ, Monty Python’s Life of Brian, and the Exorcist all drew condemnation and protest from many. Rather it was the unprecedented level of violence the Passion of the Christ contained which shocked many. The camera stands unblinking as Jesus Christ is brutally flogged for several minutes and beaten into a bloody pulp. This level of brutality is not new in movies, but the fact that this was a film about a key moment in Christianity that many families and impressionable viewers would see set this one apart. There were also accusations of antisemitism thrown at the film which were only amplified years later when Mel Gibson went on a drunken rant where he accused Jewish people of being a shadowy force behind all the wars in the world.

One thought on “Five Most Controversial Movies Ever”