Plot: With three days left in his probation, an ex-con reflects on race and violence.

There is such a thing as a “complete cinematic experience.” It is one that is able to be stylish but not shallow. It is one that can entertain you but still carry with it a social conscious, revealing a subtle and clever message at the heart of its kinetic imagery and bold sense of humor. It is one that can make you feel terror, dread, and sadness without hammering you into the ground with the weight of the world. Instead, it just slyly places the weight of the world on your shoulders just long enough so you know what’s at stake. You never feel guilty for laughing, and you never feel bored as if you’re being lectured.

This is that movie.

Real life childhood friends, Daveed Diggs and Rafael Casal, wrote and star in this tale of real life childhood friends navigating the contentious streets of Oakland, CA, where the hard-scrabble lifers mix with gentrifying hipsters like oil and water. Diggs as Collin is our focal point. He is on his last three days of probation, and the tension for him to backslide or screw it up is hitting a peak. He was convicted of felony assault while working as a doorman at a pub, when a confrontation with one of the hipster bad-neighborhood tourists escalated way beyond what his job called for.

Diggs plays Collin as a sensitive soul that is too often influenced by everyone’s first impression of him. He is a big, muscular black man with braids, and his loved ones like to remind him that he looks volatile. Confrontation seems to follow him around, even though he sees the benefits of Oakland’s gentrification. He buys expensive all-natural veggie drinks to better himself, and he looks forward to crime being pushed out of the city, minimizing the chance of him getting caught in crossfire. This reality sets in pretty early as he witnesses a shaky cop shoot a fleeing black man on the first of his three last days of probation, an image that haunts him the rest of the movie.

It isn’t the only image that haunts him. There is also the memory of the assault that put him in jail as well. The movie cuts to them with these kinetic edits that are more evocative of an action movie or a music video, but always cut back to Diggs sweating and frowning. He is our contextual bookend to all of these sequences that stop it from feeling exploitive (or at least, less exploitive, you’re mileage may vary). I think it is a really clever way of depicting how movies often try to dazzle with such scenes without challenging our morality. Here, they are depicted the traditional way, but our personal moralities are challenged. It is a much more subtle look at metro area violence. 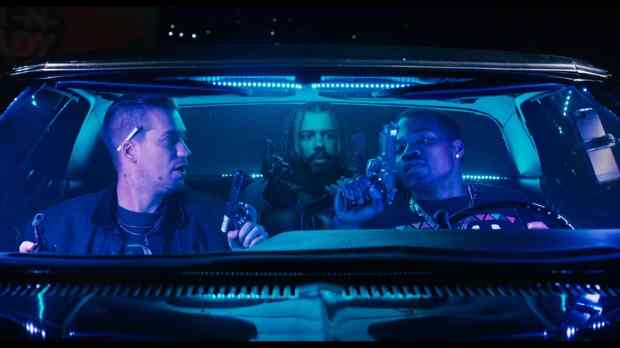 The subtlety extends to how it deals with race as well. Racism, as a concept, is so obviously bad to me that some dramatizations of it don’t work. The racists in The Help, for instance, felt like such mustache twirling villains, and I was kind of bored by their villainy. When the other characters finally stick up for the titular help, it doesn’t feel that heroic. I can’t help but feel like you should have already known that. Blindspotting, on the other hand, never really focuses on the villains in racism. Instead, they look at it within the interracial friendship of Collin and Miles.

Miles is an agro-Oakland townie. He hates the gentrification not just because it is making his home unrecognizable, but because it is a constant reminder of how his white skin has given him some benefits over Collin. Miles was also beating on the guy that Collin was arrested for assaulting. But Miles wasn’t arrested. Miles buys an unlicensed gun in the first scene, while Collin protests. Miles doesn’t think twice about Collin still being on probation. Collin is always looking over his shoulder, and Miles doesn’t have a care in the world. It becomes very clear that the ways that Collin and Miles navigate their city is very different, even when they are standing right next to each other.

It is a debut role for Casal, and he is a natural. He is very funny and has great chemistry with everyone he shares the screen with. He has a lot of dialog to deliver, and he makes the fast-talking elements and spontaneous freestyling seem really candid. He also never slouches during the heavier moments, and he is a key actor in most of them, along with Diggs.

It is a movie that doesn’t deal with answers. It doesn’t even deal with questions. It just deals with feelings. We can parse the data and look at the trends, but here are two different people leading lives that look similar but aren’t. It is a near-perfect attempt at putting the data they argue (poorly) about on the news into a real life situation to see how general humanity can endure. The bar for best movie of the year just got raised. 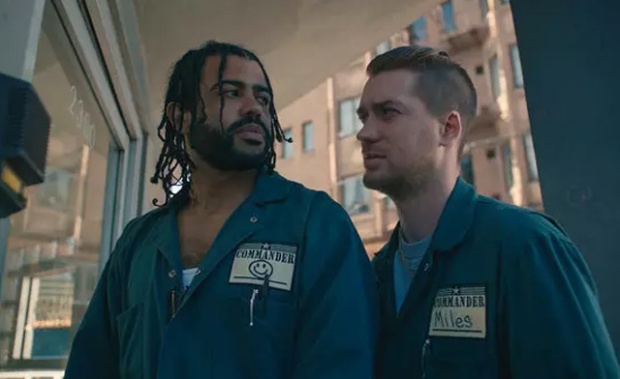