The Biggest Reason Not to Use Kickstarter

A few weeks back we ran a couple of articles focused on one particular Kickstarter – the Evil Dead 2 board game produced by Space Goat Productions. And while Space Goat’s booth at SDCC is conspicuously empty at SDCC there are thousands of backers left empty handed. Authorities are being reached out to and many seek compensation for their loss or accountability for this mishandling of funds.

As you’d expect the first stop in this quest for accountability was Kickstarter itself. The platform has had a massive impact on the designer and consumer market and is responsible for thousands of products and millions of dollars exchanging hands. Concept-wise there hasn’t been a better initiative for new creators to get a foot in the door of the market. It’s just a shame that Kickstarter will do nothing to step in and resolve problems with the platform, opening the door for people running scams or creators who have cut and run when facing problems.

Sticking with Shon Bury and his Evil Dead 2 board game debacle, there have been many instances of Bury and Space Goat Productions going against the guidelines laid out by Kickstarter before they vanished with more than a million dollars of backer money. For example, this:

Well, that’s straight forward. You can only run one project at a time.

Except…Space Goat Productions broke this rule and Kickstarter did nothing.

When the Evil Dead 2 board game was being funded they launched a new project page to raise money for The Terminator board game. This was in part because the company had racked up debt publishing poor selling comics and put their backer funds into that (also Shon Bury bought an expensive new car for himself). This was reported to Kickstarter, they ignored it.

Later, when Space Goat was yet to fulfil their obligations to backers who supported their two board games, they launched another project. This time a graphic novel collection. Again, it was reported to Kickstarter but this time they took action. They put it in the spotlight as a “Project We Love”. Space Goat were allowed to ignore the platform rules and set up new projects and Kickstarter promoted them.

This is a minor infraction in the great scheme of things. The creator hasn’t run off with a million dollars of stolen money (yet). But perhaps if Kickstarter had stepped in, enforced the rules and put SGP on notice they may have taken their responsibilities seriously. Otherwise they might look at a rule like this…

…and decide to ignore it. Because two full years after the campaign ended and there was no evidence of them delivering their product to the people who paid for it, SGP tried to convince the backers to invest in their company.

Again, this was reported to Kickstarter.

Again, Kickstarter did nothing.

By this point what little hope of Space Goat actually fulfilling their obligations was dead and buried. Even in the most hopeful and forgiving of backers was hearing alarm bells at this point. One helpful backer even went public with this conversation between themselves and Shon Bury in which it is made clear that this company is in serious trouble.

Yes, even though this is a private conversation the backer made it public. What a lad.

Kickstarter have failed again and again to enforce it’s own rules – rules in place to protect consumers – and as a result Space Goat and other creators have stolen from backer or disappeared entirely. If Kickstarter had done something about this at the time it wouldn’t have protected the ‘Evil Dead 2’ backers but it would’ve stopped 2000+ subsequent backers from being robbed through their platform.

Since the debacle has become apparent to all backers many have reported the project to Kickstarter and asked them to enforce the rules or take some form of responsibility. All those who did got the same dismissal.

This automated response is all backers have received from Kickstarter.

At the very least Kickstarter must have banned Shon Bury and Space Goat, a person who have taken more than a MILLION DOLLARS from people using their platform, from Kickstarter. I mean, that much is stupidly obvious. If a person used you or your business to steal from from others you’d want to disassociate yourself from them.

Nope. Shon Bury is still an active user, stubbornly ignoring those he has stolen from. Kickstarter has no problem with this.

Putting the past in the past – we can’t make the backer’s money reappear – we have to wonder what the repercussions are moving forward. Kickstarter have a blasé attitude to protecting consumers and only want to wash their hands of responsibility. Does this open the door for other companies to scam backers?

Let us introduce you to Grim Games. This is their latest project:

This game has started facing problems, starting with the same warning signs ‘Evil Dead 2’ experienced. Specifically, the creators have vanished. They haven’t been heard from for months. 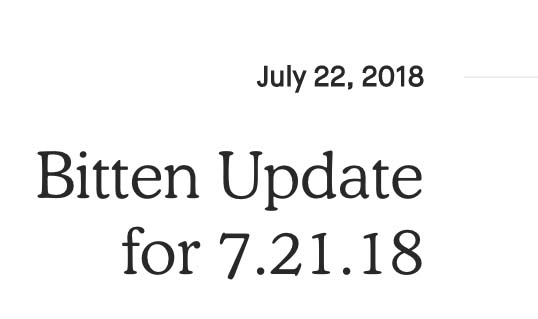 Their backers are already unhappy and looking for answers.

Once again a company has set up a project, collected money from the backers and disappeared into thin air. The project has been reported to Kickstarter and there’s no sign of them getting involved or doing anything to support backers.

You have to wonder if Grim Games looked at what Space Goat did and saw how easy it is to commit fraud on Kickstarter and walk away with a fat wallet. Especially consider Grim Games worked with Space Goat before they pulled their own disappearing act. 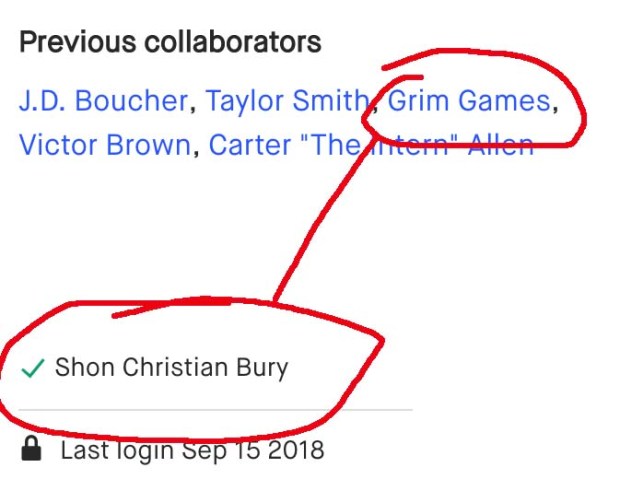 Let’s wrap this up – regardless of how blatant a fraudulent project or creator is on Kickstarter, the platform will rarely step in and take action. If a creator takes the money and runs Kickstarter will ignore the problem and ripped off backers.

The biggest problem with these cases is that Kickstarter were aware of them at the time and had the opportunity to do something about it. They were asked to step in. It was explicitly made clear to Kickstarter that their rules were being broken, and it was resulting in people losing their money.

And Kickstarter doesn’t give a shit.

← Disney Rides That Should be Movies
Retro Review: ‘Bride of Frankenstein’ →