Slasher films are a dime a dozen in horror filmdom, anyone who walked down the aisle of a video store back in the day is well familiar with that. But with a subgenre dominated by household names like; Freddy and Jason and Michael there are quite a few which fall through the cracks. Case in point the 1984 horror film from writer/director Buddy Cooper, the Mutilator. It is not a game changing masterpiece like Halloween but what it is is an absolute blast of a horror flick. 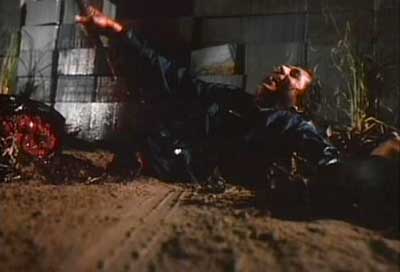 As a kid Ed, made the horrible mistake of stumbling across his father’s loaded gun and accidentally kills his mother. Fast forward to Ed in his college years and his father Big Ed, who has been cold and distant to his son since that horrible tragedy, calls him out of the blue. He needs Ed, his girlfriend Pam, and their friends to head to the old beach house to settle some affairs. It is on an empty island in the middle of nowhere and gives these kids a chance to have a wild fall break. It turns out this was simply a trap set by Big Ed who has decided to avenge his wife’s death. Throughout the night, he stalks the kids and methodically and violently murders all of them until he finally confronts his son.

First and foremost, what the Mutilator has going for it is the fact that the killer is a real human who has very real and understandable motivations. After a horrible accident leads to his wife being killed at the hands of his own son, one can completely see why Big Ed would snap. He not only feels the need to murder his son’s friends but does so in incredibly violent and sadistic fashion. The killer utilizes a number of different weapons throughout the film, at one point even using a wooden board to drive into the skull of the 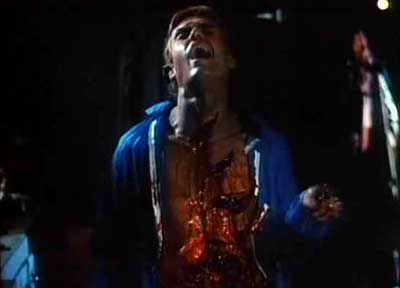 lone police officer on the island. Sometimes the brutality of the kills are undermined by the cast’s lack of talent, but strangely this just adds to the entertainment of the film. When one of the character is being gutted by the chainsaw rather than eliciting terror it gets laughs because of the actor’s reaction to being sawed. In fact with as much fun as the Mutilator is, the laughs are definitely of enjoyment. I can’t remember the last horror film I saw with a climax as absolutely bananas as this one, where the killer who has been severed in half, still musters the energy to cackle hysterically and use an axe to chop a cop’s leg off.

The kids who fall victim to Big Ed, for the most part are your standard horny kids you would find in any number of slasher films. But credit where it is due, actor Matt Mitler who plays the lead character Ed, has an endearing boyish charm that the audience can get behind. And as I have said plenty of times before, if we can root for a horror protagonist then we actually care when the psycho killer is after them. Most of his friends are not nearly as insufferable as many of those who fill these roles in slasher flicks so as the viewer part of you is hoping they can avoid their inevitable demise. Even 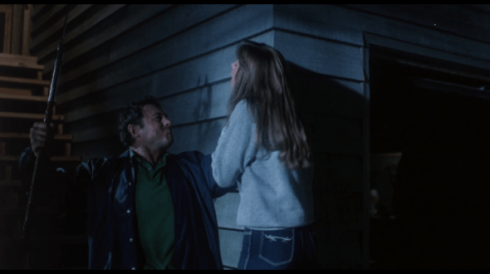 if the filmmakers decide they need to travel to the beach house jamming out to a pop song which completely clashes with the tone of the rest of the movie.

Say what you will, but the Mutilator is a hell of a lot of fun and sadly overlooked by many horror fans. The premise is more realistic than you often find in slasher flicks and the characters are rather fun. It also gives viewers a killer who goes the extra mile to make sure the gorehounds in the crowd are satisfied with the kills which inevitably come. At the end of the day this is a far superior film than it is given credit for.