The fog of war always leads to chaos and violence no matter where or when it falls. This inevitably leads to confusion opening things up for mysteries which may never be solved. Here are five mysteries which arose during wartime. 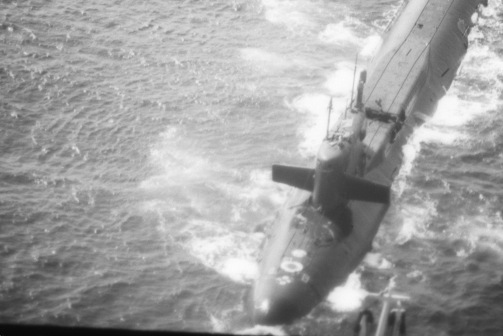 K-219: Close to Bermuda in October of 1986, the Soviet submarine K-219 was unexpectedly thrown into chaos. The torpedo room had been punctured and water began pouring into the vessel. This damaged the shell casing of a torpedo which exploded. Finally K-219 was able to surface after one crew member gave his life to get the damaged engine shut off. In the end four crewmembers in all perished in the chaos. Once on the surface, the captain of the sub opened the hatch to inspect the outside of his ship. He found two massive and distinct scratch marks along the side of the submarine, which undoubtedly caused the leak. The problem was that the K-219 had not run into anything during its voyage. When top brass in Moscow heard about the incident they wrote it off as a collision with an American sub which must have also been in the area. The problem was that no American submarine was near the ship when this happened. It was not until 2010 when a former Russian naval officer, Captain Nikolai Tushin revealed that, K-219 had made radar contact with an unidentified object dubbed a “Quacker”, because it emitted a sound which sounded like a very raspy quack. Captain Tushin believes that is what collided with the submarine and caused the destruction, but the question remains what was the Quacker. 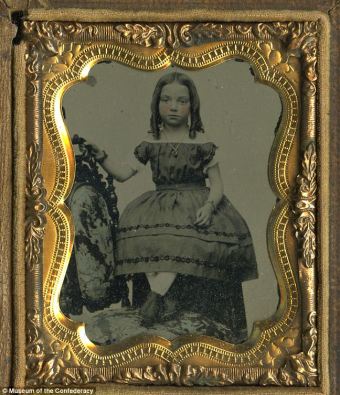 Photo of a Girl: In the aftermath of the Battle of Port Royal during the American Civil War, Private Thomas Timberlake discovered something odd amid the dead. On the ground was a photograph of a young girl perfectly centered between a dead Union solider and a dead Confederate soldier. Private Timberlake took the picture with him, maybe hoping to find out who she was. Perhaps she was the daughter of one of the two men, or maybe she was someone else altogether. Sadly nobody came forward with any information about the picture, nor the little girl who’s image was captured. As years passed eventually the photo of the girl found a home in the Museum of the Confederacy in Virginia. The museum has a collection of countless Civil War photographs and work to track down the identities of who the subject of each image is. Sadly they have never found a lead on the girl in the photo. 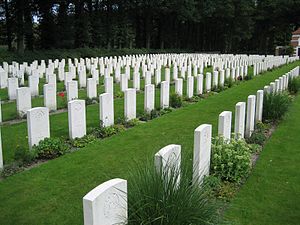 Who was Private Cain: In 1918 Private John Cain enlisted with the 543rd Engineers Service Batallion. In June of the following year Private Cain was discharged (nobody knows why he was discharged after only serving short of a year) and nine years later he passed away. Given his service his mother, Adeline Howard applied with the War Department to have a military headstone placed on her son’s unmarked grave at Lee Cemetery in Portmouth, Virginia. According to records, this was approved in 1931 and the headstone was shipped off, and this is where the mystery comes into play and only gets deeper. The headstone never made it to Virginia, despite the Vermont Marble Company having a record of having made the memorial. It was not until 2014, this headstone was discovered at a residence in Halifax County, North Carolina where it apparently it had been sitting for twenty years. With the headstone located it was time to put it in it’s proper place in Lincoln Cemetery. The problem is Lincoln Cemetery has no record of a John Cain buried on their grounds, even stranger records are inconsistent as to if his army unit even existed to begin with.

Downed Bomber: As with other armed conflicts of the modern era, pilots during the Vietnam War often reported seeing strange crafts in the sky with them. Sometimes these mysterious objects would mirror their movements or mess with their instruments. Allegedly one even caused a tragic friendly-fire incident between US and Australian forces on the HMAS Hobart. In 1970 a Boeing B-52 apparently came into confrontation with one of these UFO’s only to be met with tragic results. Green Beret Captain William English was charged with finding a B-52 which went down during a mission. It was last reported to have come into contact with an aircraft which did not show up on radar while flying over Laos before all transmission cut out. English and a dozen elite special forces soldiers went searching for the plane and what they found horrified them. Judging by the outside the B-52 had gone down completely intact, the only damage was to the bottom where it landed. Inside, however, the entire crew were dead in horribly violent fashion still buckled into their positions. When Captain English told his superiors what he discovered, he was quickly shuffled away into a desk job far away from Vietnam. Later he found that the rest of his men were killed in battle leaving him as the sole witness to this strange scene of brutality.

Morbach Monster: The German town of Wittlich has a legend about a creature who prowls their region. As the tale goes, a deserter of the Napoleonic Wars named, Thomas Johannes Baptist Schwytzer, murdered a husband and wife so that he could keep them from giving away his whereabouts. As she died, the wife placed a curse of the cowardly soldier turning him into a wolf-like monster dubbed, the Morbach Monster. This was a fun story a couple of centuries, but when the Cold War began, at the United States placed the Hahn Air Base near Wiitlich in 1951, outsiders learned of the legend in the worst possible way. In research collected by the University of Pittsburgh and the University of Mainz, they discovered different accounts of soldiers, stationed at Hanh who reported seeing a bipedal “dog-like” creature. Tracker dogs were sent out into the woods to find this strange creature, but once the dogs got whiff of the trail they would become visibly terrified and refuse to further pursue. One account from to MP’s claimed that they saw the Morbach Monster when investigating a perimeter breach, and watched the creature leap over a fence and vanish into the woods. The official story was that it was the wild hog population which was startling servicemen, but as one airman told anthropologist Matthias Burgard, during his research, that he grew up on a farm and what he saw stalking him in the woods one night was no hog. Over the decades the soldiers on the base have come to embrace the legend of the monster, even dubbing their football team the Morbach Monsters.

UB-65: During World War I, the German U-boat UB-65 suffered an explosion onboard shortly before it set sail. Though many were injured it was only an officer named Richter who died. Once the ship was patched up, it was set out to sea. Along the way, crewmembers would claim to see Richter in brief glimpses around the vessel. Often times he was seen standing on the deck as if keeping a lookout. Reports of the haunting got to be so much that a clergyman was brought onboard to bless the ship. Though that apparently did not work as well as they would have hoped, because when the UB-65 was sunk by an American ship near Ireland, witnesses claimed to see a mysterious man standing on the deck seemingly unphased by everything.