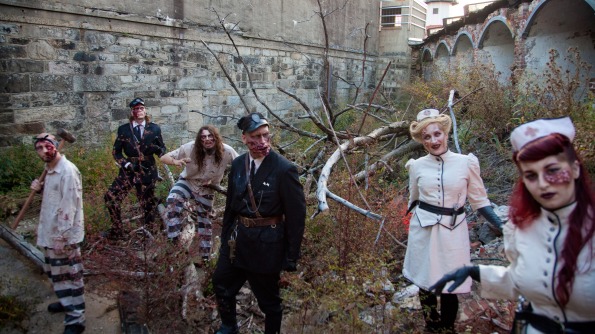 Terror Behind the Walls (Philadelphia, Pennsylvania): What’s better than a haunted attraction? One that takes place in one of the legitimately most haunted places in America. Set in historic Eastern State Penitentiary, a place long regarded for the spirits which roam it’s halls, Terror Behind the Walls turns each of the prison’s six wings into differently themed haunted houses. While different each of the six attractions feed off the dark history of the site. Break Out! Puts you in the midst of an escape while Lockdown forces you to be trapped with a host of zombie prisoners. While you may be subjected to abject terror during your time at Eastern State, remember it is for a good cause as the money raised from this attraction goes to support this historic landmark. 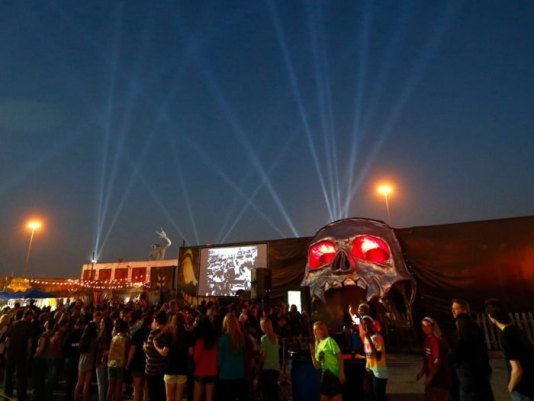 Cutting Edge Haunted House (Ft. Worth, Texas): Sometimes bigger means scarier, and this particular haunted house is recognized as the world’s largest by Guinness World Records. What was once a meat packing plant has been transformed in “Hell’s Half Acre”. To their credit Cutting Edge makes great use of the antiquated atmosphere and equipment which came with the property to truly create a terrifying and visceral feel. Once you pass through the iconic skull entrance abandon all hope of making it through with being scared. Utilizing actors coming from all over and state of the art sound system, Cutting Edge disorients guests as they navigate through the nightmarish attraction.

Netherworld Haunted House (Atlanta, Georgia): Opening as a single well-made haunted house in the late 90’s Netherworld has exploded into one of the greatest haunted attractions in the country. The attraction has gotten so large that in recent years they have had to move to the Atlanta suburbs to contain all their scary madness. Annually the creative forces behind the haunted house cook up new and terrifying ideas to scare guests. These are ideas are brought to life by a collection of insanely talented craftspeople and actors who insure top quality terror. For 2019, they will host 2 indoor walk-thru haunted houses in addition to a spooky lazer tag arena and four horror –themed escape rooms. 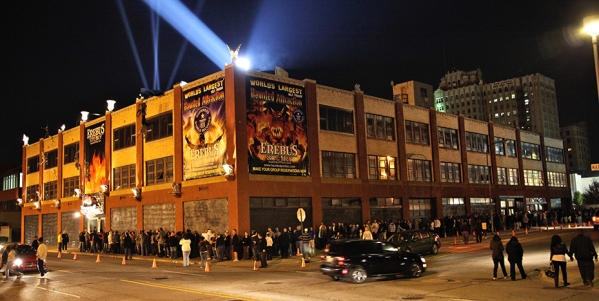 Erebus Haunted Attraction (Detroit, Michigan): Everybody is afraid of something, and (un)luckily Erebus has something for people of all phobias. What was once a parking garage is now home to a half mile journey of terror. In the storyline of the attraction, guests are sent through time to different frightening places in order to come face-to-face with what scares them. Each year co-founder Edward Terebus pushes his team to take the scares to the next level. In fact as the house celebrates it’s 20th year, Terebus claims this will be the start of a multi-year plan to revamp the famed attraction. New additions this year include a historic New Orleans mausoleum and a creepy circus to bring the fear to unsuspecting visitors.

Halloween Horror Nights (Orlando, Florida): Every fall in Universal Studios theme parks, the horrific and the macabre take ober with appropriately cinematic flair. Beginning in 1991 Universal Studios, and later their second gate Islands of Adventure, become home to the famed Halloween Horror Nights. This event sees terrifying mazes of both original creations as well as inspired by film and television, pop-up throughout the park for guests to brave through. All of them expertly crafted to truly bring guests into their terrifying worlds. If you think you will be safe not going through the mazes guess again, as Universal creates a number of Scare Zones throughout the park where anyone walking through is fair game. 2019 will see mazes inspired by the likes of; Ghostbusters, the Universal Monsters, Us and Stranger Things. This is in addition to the eagerly anticipated original mazes like: Graveyard Games, Terror of the Yukon, Nightingales: Blood Pit, and Depths of Fear.