The Best of the Batman Movie Villains

Since the 1940’s movie and comic fans alike have enjoyed seeing their favorite Dark Knight brought to life on the big screen. Being arguably the coolest super hero ever is enough of a draw to get movie fans into the theater but a huge reason for Batman’s film success is

The Joker: Heath Ledger (The Dark Knight): Like this is a surprise to anyone. I will be the first one to admit that Mark Hamill’s voice work for the Clown Prince of Crime is iconic and frightening, and to this day when I read a comic with the character in it I hear his voice in my head. But on the big screen Heath Ledger transformed himself into the character in a way that shocked viewers the world over. The late Roger Ebert put it best when he compared Ledger’s Joker to a force of nature existing solely to push the heroes of Gotham to their breaking points, for no other reason than it was his version of fun. His carved face and grease paint have become an iconic visual and he has cemented himself among the greatest cinema villains of all time.

The Penguin: Burgess Meredith (Batman 1966): This was a close one but, the legendary character actor Burgess Meredith edges out Danny DeVito, because he more clearly showed the class of the famed villain. In the camp classic Batman, The Penguin joined the cabal of villains in the goal of conquering the world by turning people into sand. Despite squawking and chewing on a cigarette holder, Meredith’s Penguin strangely found that balance between thuggish and aristocratic. 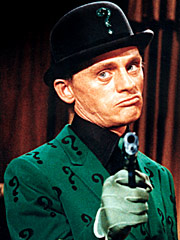 The Riddler: Frank Gorshin (Batman 1966): Largely regarded as one of the all time great television villains, Frank Gorshin was responsible for making the Riddler the iconic villain he is today. It was only natural that he would reprise the role for the big screen adventures of Adam West and Burt Ward. Gorshin accomplished what many would think impossible as he discovered the perfect balance between the green suited quizzer’s manic craziness and cold callous nature.

Two Face: Aaron Eckhart (The Dark Knight): Tommy Lee Jones is one of the finest actors in film history and if given the chance would have owned the role of Two Face, instead he was directed to try to outham Jim Carrey. When the franchise was rebooted under the helm of Christopher Nolan, Two Face was finally given a proper film outing thanks to the powerful performance of Aaron Eckhart in the role of the tragic character. Through the course of the film Eckhart showed great range as he devolved from the heroic and clean cut Harvey Dent and became the physically and emotionally scarred villain.

The Scarecrow: Cillian Murphy (Batman Begins):  With the theme of Batman Begins being fear it is little wonder that Christopher Nolan brought the fear mongering villain, the Scarecrow to the big screen to battle a rookie Dark Knight. Bringing a creepiness to the role which made audiences squirm with discomfort was Cillian Murphy. Donning the trademark burlap mask only for practical purposes, Murphy had to give a performance that frightened people without relying on theatrical costuming and he knocked it out of the park. From the way he dressed to his subtle body language you knew from the first moment seeing the good doctor that something was not quite right. 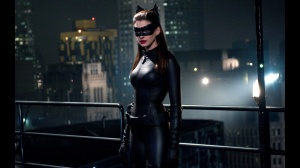 Catwoman: Anne Hathaway (The Dark Knight Rises): Upon the release of the conclusion of Christopher Nolan’s epic trilogy many fans I met raved that Hathaway was the “second best Catwoman ever”. And I said “second to who exactly!?”.  True Michelle Pfeiffer is an insanely gifted actress, but her campy take on the character along with the silly origin makes me shake my head in confusion and disgust. Being a fan of Ed Brubaker and Darwyn Cooke’s historic run on Catwoman, I latched onto Hathway’s tough, dangerous as the feline themed anti-hero. She was sexy without being exploitative and could throw a punch just as well as the Caped Crusader to boot. 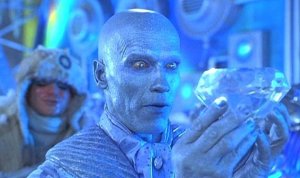 Mr. Freeze: Arnold Schwarzenegger (Batman & Robin): He wins by being the only actor to play the role on the big screen. He excelled in…um….he told ice puns well (yeah I got nothing). Look, when fans are hoping to see someone like Sir Patrick Stewart in the role and you cast Mr. Schwarzenegger you know you missed the mark. And I’m looking at you Joel Schumacher. 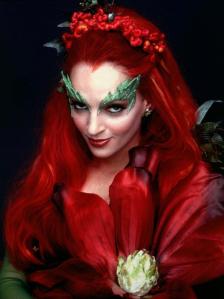 Bane: Tom Hardy (The Dark Knight Rises): When it was announced that Bane was going to be the villain for the conclusion of the Dark Knight Trilody, it left many fans confused as they were expecting a more traditional Bat-villain. But all fears and doubts were cast aside as breakout actor Tom Hardy was the one chosen to beef up and take the role. Playing such a complex character would surely be hard enough, but to do it while constantly wearing a mask adds even more limitations. Moving beyond just a hulking psychopath, Hardy utilized his charisma and physicality to play the part communicating a lot about the character even without facial expressions.

Among fanboys and girls everybody has an opinion and I’m sure many of you read this spouting off your own thoughts on this subject. Feel free to leave your thoughts and opinions in the comment section.

7 thoughts on “The Best of the Batman Movie Villains”