The REAL Problem with the Sonic Boom Redesigns

In the past few weeks the redesigned cast of the Sonic franchise were revealed to the public. In the image below we can see the elongated legs and bandaged limbs of Tails, Sonic, Knuckles and…Pink Thing. 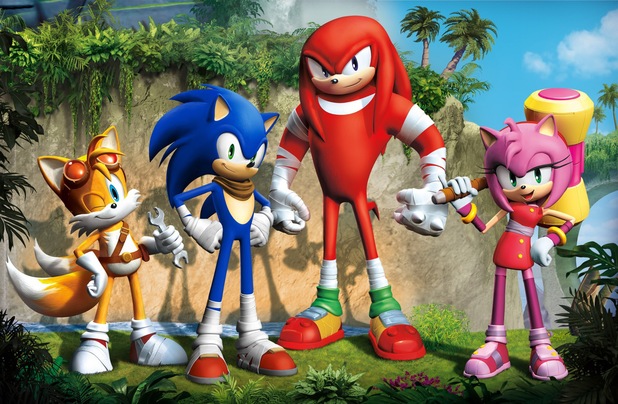 I good Google her name…but I’m not going to.

The gaming corners of the internet lost their collective shit. Much mocking and gnashing of teeth were heard. Here are some examples of early reactions. 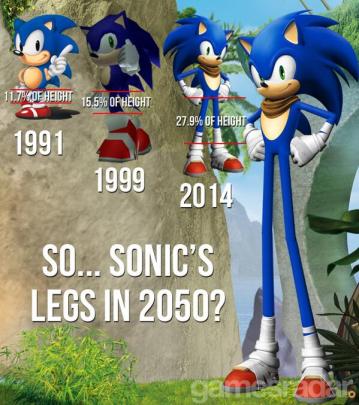 As you can see, the initial response was not positive. But this is the internet, where any form of change or rethinking will be met with crying and fists being thumped on the floor. This article isn’t about defending or condemning the redesign. The game is what really counts, and it looks fine.

No, instead we’re going to ask a more pertinent question: why does anyone care?

Let’s look back to the early days of the Sega Master System. Nintendo had created a new industry with the NES and Sega was their first real competition. For a while there is really looked as though Sega was going to dethrone the mighty giant, as incredible as that sounds these days. Sega’s greatest victory was getting the Master System on the market a massive two years before Nintendo released the SNES. Surviving this gap is testament to the power of the NES, as the Master System outstripped it on every level. If Sony or Microsoft had let that happen in the modern age they’d have been buried.

Looking for a new mascot for the console leader (putting current brand mascot Alex Kidd on the bench) Sega asked it’s workers to design their own take on a new character. The winning entry was this sketch.

Another design was co-opted into the role of the villain and Sega went to work. With the most powerful system available the flagship game was designed to emphasise the speed and processing power of the Master System. Marketing for the game and the console went hand in hand, producing memorable advertisements as these.

We loved it. The promos were in your face and packed with attitude, complete with the challenging tagline ‘Sega Does What Nintendon’t’. Sonic was at the centre of it, waggling his finger and leaving Mario in the dust. Sonic was at his best tearing through the levels at full speed. Careful jumps and finding secrets came second to pure exhilaration. For the first time games required an epilepsy warning. It was an exciting jump in quality for the young gaming market.

After the success of Sonic the Hedgehog we had Sonic 2, Sonic 3, Sonic and Knuckles and Sonic CD, each providing new levels and gimmicks but doing little to take the series to the next step. With the next generation of consoles – including new competition for the Sega Saturn and N64 in the form of Sony Playstation – came polygonal graphics and 3D gameplay.

The hedgehog’s first foray into this brave new world was Sonic 3D Blast, a game that passed by the new game engines in favour of 2D sprites in an isometric play area. Resources were spent on FMV and sound effects rather than gameplay and it showed. It aped 3D without being 3D and worst of all it was just slow.

Mario shot ahead of the competition with Mario 3D and newcomer Crash Bandicoot wasn’t far behind. It seemed as though Sega was happy to let their mascot sit on the sidelines for an entire console generation. The biggest problem facing Sonic was his transition into 3D gaming as smooth as accidentally dropping from 5th gear in to reverse. The only certifiably worthwhile 3D game produced was Sonic Adventure on the Dreamcast.

Not that they weren’t trying new things. We had Sonic centred pinball games, card games, board games and racing games but they were recognised as re-skinned knock offs of more popular games such as Mario Party. The only games that managed to maintain sales are the 2D games taking their cues from the original Mega Drive games. Any attempts to branch out from this style have resulted in products that have earned little more than scorn from the public. Some notable examples include Sonic being given a human love interest in the 2006 reboot Sonic the Hedgehog and becoming a God of War rip-off ‘were-hog’ in Sonic Unleashed. 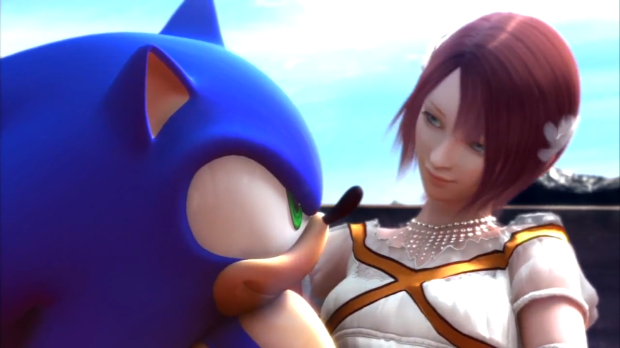 Even once you’ve gotten past the cartoon animal loving and repeating of a concept that peaked in the 80s, there’s not to sell the series on. There’s no on-going story worth mentioning and the character traits begin and end with ‘attitude’ and ‘fast’. Surprisingly they keep adding more characters to the series as though giving Sonic someone else to wise crack with would make up for the lack of originality.

Even stranger than this is massive amounts of merchandising that is tied in to this brand. Even big name gaming franchises like Halo and Metroid don’t turn out as much rubbish as Sonic and one has to wonder if there are people out there buying it. The games are hardly flying off the shelves, clocking in an average 1 million sales for each title (compared to Mario Galaxy 2 at 10million and New Mario Bros Wii and 25million) even when teamed up with former rival Mario for sports and racing. 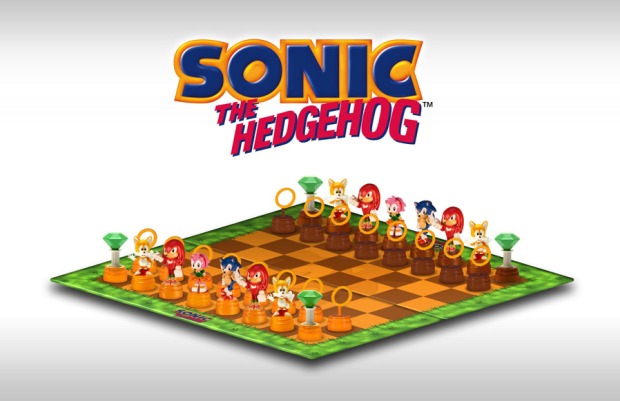 Sonic Chess, why are you a thing?

The only Sonic game to make any mark in sales the past decade is the mobile release of the original game. The franchise has been in the hands of eight different production companies and the reputation of the series is in the dirt. The super bulked up Knuckles is the latest punchline in the running joke the once powerful brand has become. Sonic is now a bonus character in games headlined by his arch-rival.

So we come to the original question: why does anyone care about the new Sonic game? Is it because we want to see a return to form, or we’re hoping for an underdog story? Is there enough die-hard hedgehog fans to keep Sonic Team in vodka until the next game comes along? To me it is a mystery – there are many, much better games to play and much worse ones to mock, and this franchise just keeps puttering along as though the last two decades never happened. At this point the best thing that Sonic Boom can be is a last blast before the doors get closed for good. 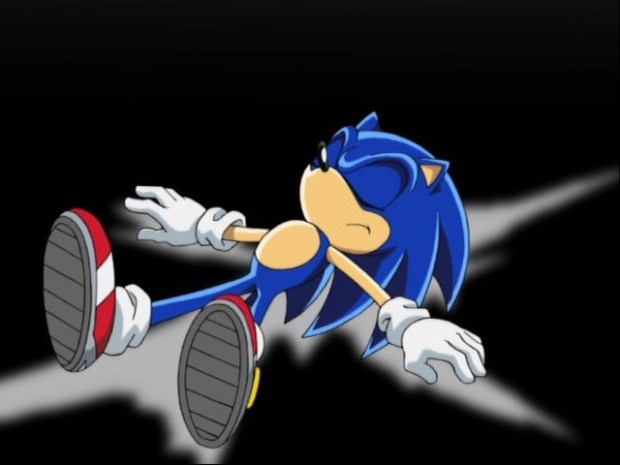