Those of us who grew up from the late 80’s through the 90’s have several elements of pop culture which give us a sort of shared memory. I would venture to say that for just about all of us Nickelodeon was at one point mandatory viewing during our younger years 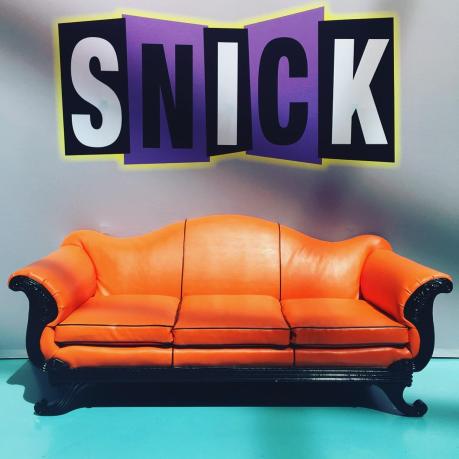 (excluding the poor sheltered kids who’s parents prohibited the channel. You know who you are and you have my condolences). Sure kids shows existed before Nickelodeon, but they often featured puppets or were Saturday morning cartoons, and often had an educational undertone. But the shows Nickelodeon gave us did not pander to kids, they knew the diversity of their viewing audience and ran things accordingly. There were; variety shows, games shows, sitcoms, sketch comedies, and of course Nicktoons. In fact the only downside to the channel was that when the day ended and primetime came about, they switched to showing reruns of classic shows as part of their Nick at Nite block. But Saturday night was different. On Saturday night Nickelodeon decided to stake out a primetime programming block solely for kids. With an orange couch as its symbol, Saturday night was for SNICK. 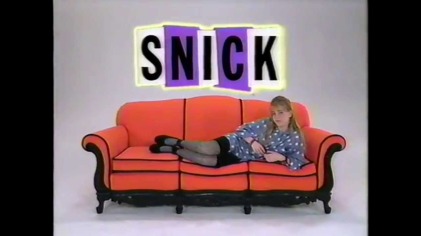 Debuting twenty-five years ago this month, SNICK was different from other blocks of programming in the sense that each show had a completely different look and feel. The original four shows were; Clarissa Explains It All, Roundhouse, The Ren & Stimpy Show, and Are You Afraid of the Dark. In a recent article in Vanity Fair the then programmer of the network claimed it would have been easy to simply give TV viewers just two hours of cartoons or two hours of just sitcoms. But they wanted to make sure each program had its own flavor. Being the already established hit, Clarissa Explains It All would be the initial flagship show to draw people in.  Granted Ren & Stimpy was an already established show on the network as well, but its bizarre and gross nature had already made that show a target in the minds of many parents meaning it would not be the draw Clarissa was. Both Roundhouse and Are You Afraid of the Dark were created exclusively for SNICK viewers and would become staples of the block. 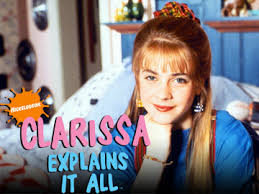 As stated before audiences were already familiar with Clarissa Explains it All, and had made star Melissa Joan Hart a bit of celebrity. Ahead of its time in many ways, Clarissa featured a female protagonist who was; confident, smart, stylish, and resourceful. Clarissa Darling was the kind of character with an undeniable sense of cool which made audiences want to be like her. She navigated through life as a teenager in the 90’s with a razor sharp wit and intellect. The key factor to this show’s success was that despite each episode presenting a lesson to the kids watching it did so in a manner which was not at all preachy or overt. 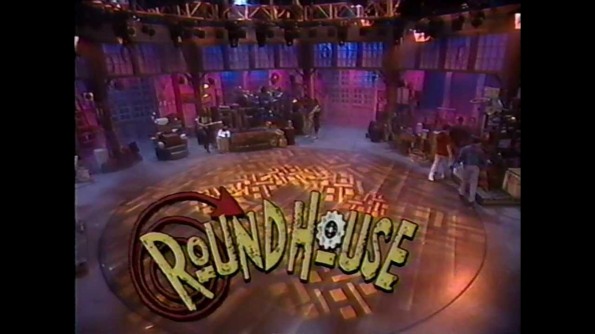 Being the most underrated series on the channel was Roundhouse. This particular show is one I seem to enjoy more as an adult catching it in reruns than I did as a kid because now I catch all of the jokes. The brainchild of In Living Color writer Buddy Sheffield and his wife Rita Sheffield, Roundhouse was a variety show unlike any other. Each episode Roundhouse hit the audience at a lightning fast pace. The show transitioned between comedy sketches, dance routines, and musical performances in rapid fashion. Centering around the Anyfamily this show was taped onstage before a visible live audience to capture the energy of a live performance on TV. 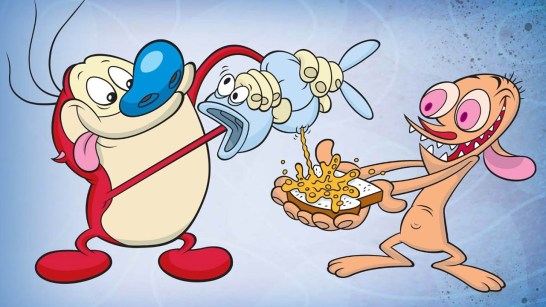 As the animated segment of SNICK the Nicktoon kids loved and parents hated The Ren & Stimpy Show was put into the line-up. With a cult fanbase which remains strong to this day Ren & Stimpy often pushed the boundaries of what was acceptable on a kid’s cartoon. This controversial animated series featured Ren, a grouchy Chihuahua and Stimpy a dumb but good-natured cat as they went on a series of absurd adventures. Creator John Kricfalusi made it his mission to make this the anti-educational cartoon for kids. Other shows of this era like; King of the Hill and the Simpsons proved there was an audience among kids for more mature themed animated shows, so Nickelodeon stuck with Ren & Stimpy despite much parental protest. 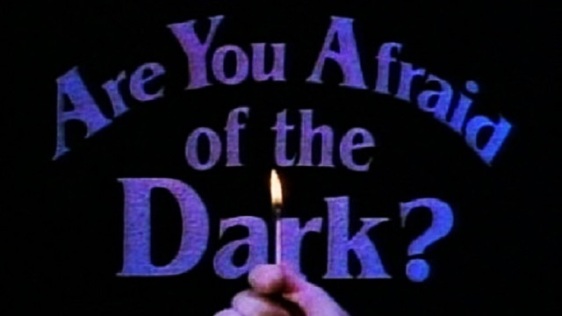 Fittingly when the night was as its darkest, SNICK rolled out a horror show to wrap things up. Submitted for audience approval was the anthology series Are You Afraid of the Dark.  A group of kids calling themselves the Midnight Society surround a campfire and in each episode a member of this group regales us with a scary story. This show was particularly popular because it did not tone down the scares for kids. In fact the second episode even featured an evil cigar smoking clown, because even adults are scared of evil clowns. Each episode featured kids who were often dealing with a personal issue which would tie into their struggles with; ghosts or aliens or black magic or monsters. 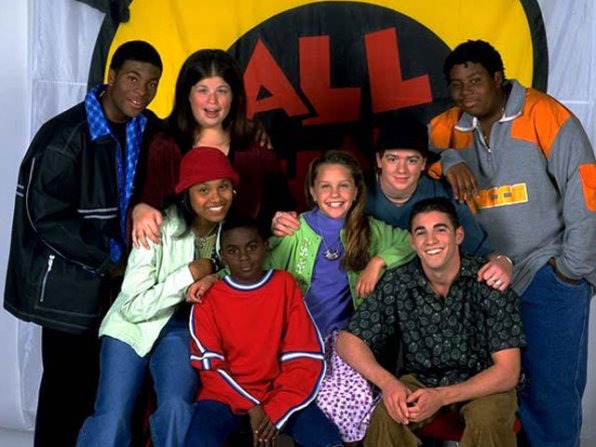 Of course as the years went on other shows would rotate into the SNICK block, most prominently was the sketch comedy show All That. This gave younger viewers a chance to see performers their own age star present gut-busting sketches.  Luminaries from the show Kenan Thompson and Kel Mitchell were given their own show on SNICK appropriately titled Kenan and Kel. Later on fellow All That cast member Amanda Bynes was also given her own show with the Amanda Show. Until it came to an end SNICK would feature a number of iconic shows for the network which left a mark on viewers; the Secret World of Alex Mack, the Adventures of Pete and Pete, CatDog, and KaBlam!, were just a few of these shows. August of 2017 marks the 25th anniversary of SNICK so this is a fitting time to celebrate the mark this block made on TV history. Nickelodeon’s throwback block on TeenNick known as the Splat! Plans to rerun many of the shows which were staples of SNICK during its run. The generation that made Nickelodeon what it is still have a fondness for these shows and will no doubt want to revisit many of them.

One thought on “SNICK 25th Anniversary”